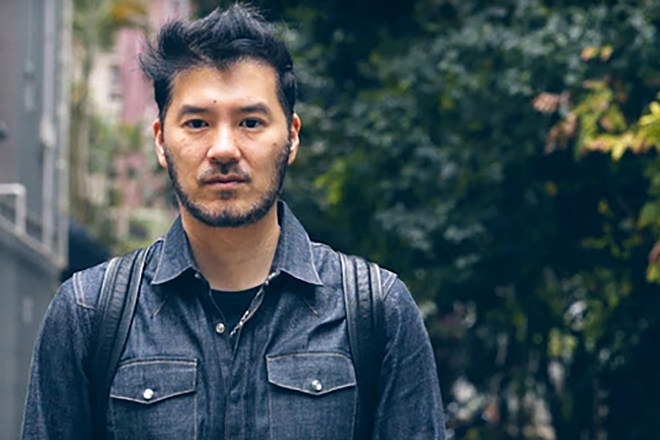 Drafus is "a DJ since 98, regular clubber since 88, and obsessive music consumer since 78".

Hong Kong-based and New York raised, Drafus Chow believes that rules and preconceptions don't apply to music — "I’m basically a music lover. I’ve pretty been through every music phase from metal to jazz and usually very deep into each phase I was in."

Drafus can be discovered through a myriad of group aliases: he’s a member of famed DJ trio Uptown Rockers together with music aficionados Sean Fitzpatrick and Simon Pang — they started out with a residency of marathon sets during the early days of Yumla (Oma’s forerunner, before it’s incarnation as Midnight & Co. under the captainship of producer Dan F). Uptown Rockers was an amalgamation of 3 artists with distinct and unique tastes that gelled together in hedonistic harmony. They were a rare and demanding highlight for any party in Hong Kong — the Robot Stage at Clockenflap might have been one of the only other regular appearances they would make.

You could also find Drafus playing as DISCO STEP CHILD with Ben Ku at Volar which unfortunately closed its doors last year due to pandemic restrictions on Hong Kong’s hospitality sector. Aside from residencies and private or luxury fashion shows under those two aliases, Drafus created SH*T SANDWICH, has a parodical music night that pays a nod to feel-good hip hop and 90s party anthems.

He came from a world where special moments in music mattered. Selection, taste and personality weighed in over DJM effects and unnecessary 90-second long mixes.

Drafus carries that open-minded philosophy with him alongside his independent foray as a DJ, and his roots in music ”DJs were pretty much just music nerds back when I started. Since it was more of an investment you usually owned a lot of music already, it wasn’t free to download, you had to buy everything you wanted to play or listen to. That’s also why DJs were more specialised in what they played out. I wouldn’t waste my money on records I didn’t like, why would I? That’s been ingrained in my DNA, I still won’t play anything I don’t like or wouldn’t listen to on my own, even if it’s free to download now. Oh and I still buy all my music.”

For this mix, Drafus put together a “tribute to Volar, the club I spent so many years playing and had great memories in.”

Tune in below to Mixmag Asia Radio 087 with Drafus.