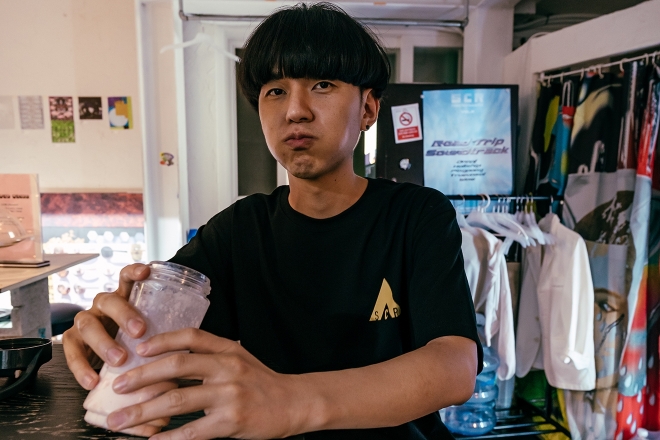 Giving us that Year of the Tiger energy we could all do with in these lulled times, we managed to grab a slice of time with Seoul-based producer & DJ, Bowlcut.

Juhwan You aka Bowlcut is one of the primary caretakers and protagonists at Seoul Community Radio, a radio platform that has helped elevate and connect artists from all corners of South Korea’s underground scene to the rest of the world.

Bowlcut honed his craft through, as he puts it, “hardcore turntablism” with a penchant for house, breaks and robust, minimal grooves. He’s an avid digger who’s been shaped by local vinyl hubs in Seoul like Junction Records, Mio Records and Clique Records. “Currently I’m exploring the sound of early Italian techno from the 90s”, says Bowlcut, “and some of forgotten bleep house gems, also from the late 90s.”

He was recently in France, traveling the country to visit friends in their studios and play a few shows, which is when we managed to catch up with him on his travels back to Seoul. “This mix consists of hidden gems that I enjoyed recently”, adds Juhwan. “It starts off with great energy, like a tiger, and then towards the end, it embraces a natural, warming sound of peace, finishing off like a plane landing gently.”

The Korean DJ's goals for the year are two-fold: firstly, to remain busy in the studio, and secondly — to stay positive. Like most of Asia, Seoul has been struck by wavering COVID-19 measures, and while that has fuelled the streams and views on Seoul Community Radio, the curfew on dance floors has hampered most gig opportunities.

Bowlcuts adds before heading out of a seven-day quarantine in Seoul, “I know everyone is having a difficult time in this pandemic but I hope you will gain more positive energy from this mix!”

To shift into positive gear, tune in to Mixmag Asia Radio with DJ Bowlcut from Seoul by hitting play below.