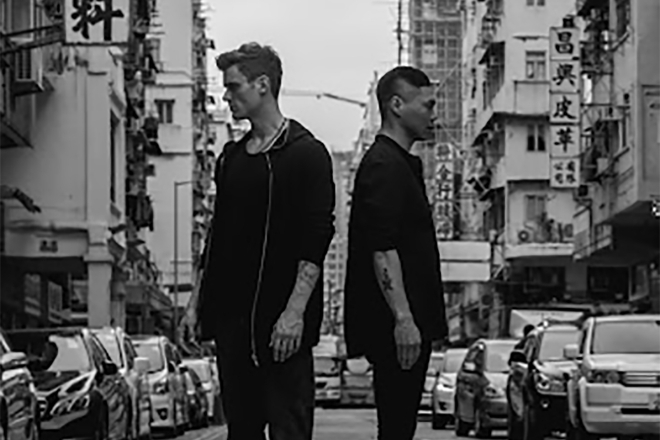 As ASquared, Anthony and Andrew have become a household name amongst Hong Kong’s underground scene by working their unified magic across the city’s dance floors for over a decade.

Their story started at one of Hong Kong’s most cherished clubs that was forced to shut it doors due to the pandemic, “as a conversation in the basement of Volar”, says Andrew as he jogs back his memory. “Anthony was the resident DJ and I, Andrew MAJORTOM, was working as a promoter at the club. I was eager to make a new party and Anthony had the music so we went from there. Anthony had developed his sound from traveling and going to Ibiza and experiencing Ricardo Villalobos in Cocoon, and that’s where he picked up his minimal, acid, tribal, jazzy, techno sound. So, I started to collect music and would just study the DJs.”

They were opening and closing for some of their favourite headline artists like DIXON, Âme, &ME and Adam Port within a short period of time of playing together — their residency at Volar carved them a mainstay slot as they nurtured the city with their rhythm-loaded, dynamic, and often extended, sets.

“From djing small after hour parties to playing main stages at hong kong festivals such as Clockenflap and Sonar in a short window of time. It has been quite the ride,” says Andrew, “We have touched almost every surface with our music whether it be a pool party on top of the W, an old and fancy Chinese sampan for a fashion event or in the late hours of the at a club… the biggest evolution for us is just the amount of time we have spent DJing together, and it’s very easy for us to log seven hour sets because we are great at matching each others energy.”

In the present, like for the rest of us in the music game, life hasn’t been so lenient. For the last two years, while Andrew didn’t have it easy with gigs, Anthony was battling the heavy pandemic regulations on the city’s hospitality industry, to keep things running steadily at Oma.

Since its reopening, the Hong Kong-born DJ has been Oma’s Music Director. Adjusting to daytime DJ sets and having the night finish up by or before midnight, Anthony strived to keep DJs as busy as he could.

Today’s episode of Mixmag Asia Radio is a dig into ASquared’s archive from their six year residency at Oma, According to Andrew, the recording is around that particular moment when things just change for the better, “it was around 1 am right about when Oma usually starts taking off.”