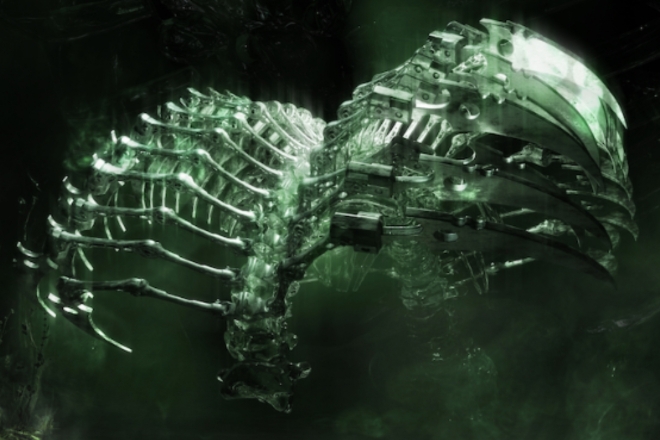 Lujiachi’s latest EP introduces a sense of audio brutalism to our system.

It’s been two years since we last heard a release from the Taiwanese producer and after-hours specialist; Lujiachi’s ‘Mantis’ EP is hard evidence of a long and quiet moment being transformed into a colossal sound.

Lujiachi delivers two original singles, with the opener ‘Link’ taking you straight into a quasi-industrial zone, in slow-mo; the track commences with a heavily fuzzed, low-end synth bass line that eventually meanders through a towering break beat, shattering glass and a routined loop of a mechanical breath. You’d think the track might fall apart and fade away from its crescending intensity, but Lujiachi manages to soften the impermeable structure of ‘Link’ to introduce us to ‘Mantis’.

The title track kicks off with a heavily fuzzed crackle, before ripping into a riveting bassline and a slo-mo breakbeat, almost reminiscent of 90s big beat, but with the added broodiness. An insectoid pluck staggers through the track, and by assumption of the track’s namesake, the noise a praying mantis makes to warn off predators is likely to be akin to this acute tone Lujiachi has created, almost sounding like a message of warning.

Lujiachi’s assembles two other Taiwanese artists on the remix side of things — local experimental and electronica band Mong Tong and up-and-coming producer Sandy deliver to contrasting renditions of ‘Link’.

Mong Tong, who caught our attention with their ‘台灣謎景 Music from Taiwan Mystery’ release which was accompanied by two art books, and for their recent performance at SXSW in Austin, Texas, craftily transform ‘Link’ into a beachside-industrial affair with a Telecaster-sounding guitar leading the surf. Sandy, on the other hand, makes no hesitation to go all out, with full force, into a beast-like club mode.

‘Mantis’ lands on Taiwanese avant-garde imprint, Over My Body, whilst his previous output ‘夜行’ was also locally released on Jin 禁’s debut EP.

For those into harder edges, Lujiachi rounds off this impressive EP with just the right level of breadth.

Lujiachi ‘Mantis’ EP is out now.