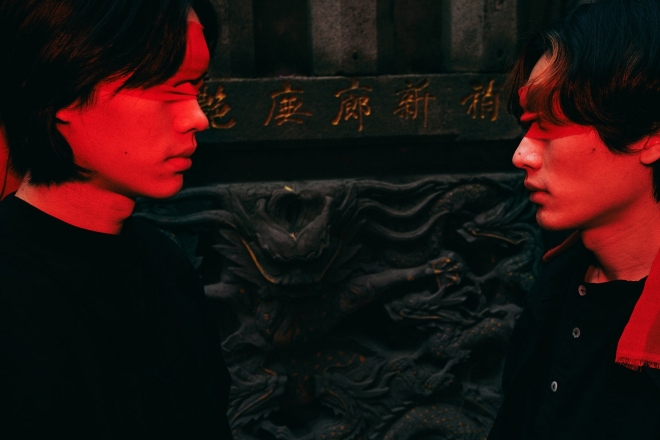 For the past few years, Taiwanese duo Mong Tong — made up of brothers Hom Yu and Jiun Chi — have been collecting an aesthetic ordered around deep Taiwanese culture and myth, including special temples, purgatory facilities and Buddhist mummies. It took more than six months of fieldwork and photography to put together a book called Taiwan Mystery Art Book Vol. I and Taiwan Mystery Art Book Vol. II, released in 2019 and 2021 respectively. And the books come with a soundtrack.

台灣謎景 Music from Taiwan Mystery accompanies the series of two art books the band released. The new vinyl release exists in the same universe, or underworld, as their 2020 Guruguru Brain album 'Mystery' as well as their release 'Corps of Light' from last December.

The album augments the hand-assembled feel with a blend of slow-paced electronic psychedelia mashed with samples from vintage video games and film, where it brings you to a universe where ancient people play their music to you. For the first track after the intro track, spoken words appear from time to time in '地府 Dì Fǔ', bringing the listener to a self-contained universe. On the B-side, the brothers mixed an 80s video game synth stab and bassline on '咒音（曲壹）Zhò Īn (Pt.1)' and '咒音（曲壹）Zhò Īn (Pt.2)' before decaying the tempo on the closing track '雲仙 Yún Xiēn'.

Taking inspiration from purgatory facilities and Buddhist mummies, the cover for the vinyl is a minimal modern take on the ancient Chinese art style. The textured bright red gives an esoteric look to it and with the handcrafted style illustrations of animals and ancient people accompanied by the poem written next to it, the cover included all three aspects, calligraphy, poetry, and painting, of Chinese art. 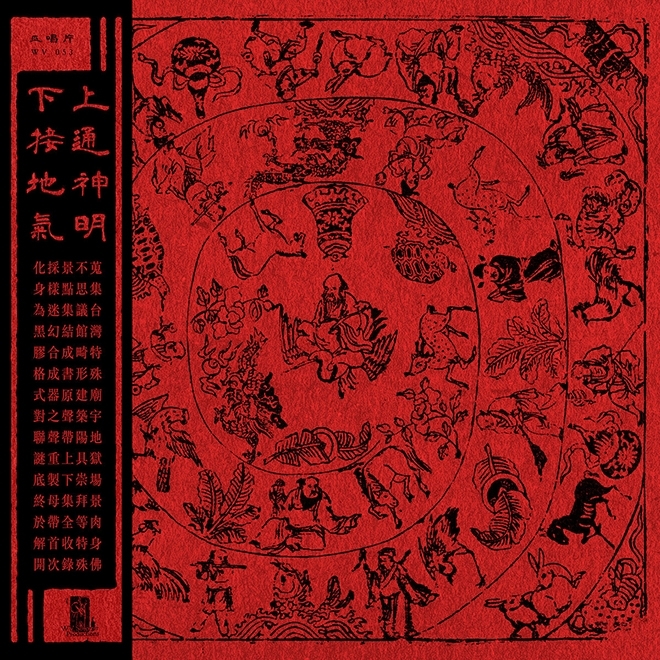 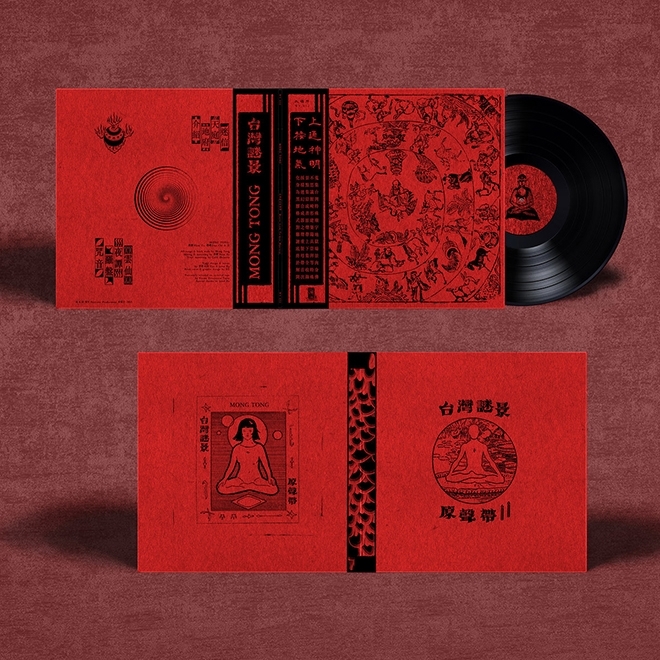 台灣謎景 Music from Taiwan Mystery I & II limited cassettes originally released by Karma Detonation Tapes in 2019-2021. You can now order the LP that includes both releases with remastered audio here.