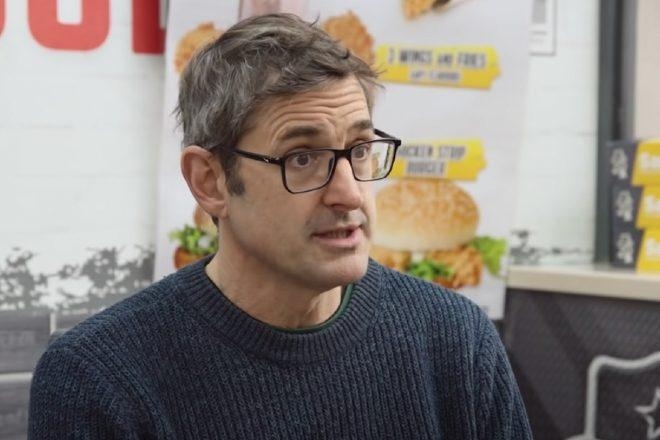 Louis Theroux has broken his silence on his 'Jiggle Jiggle' rap that went viral on TikTok earlier this year.

The filmmaker and journalist sat down with The New York Times to discuss the moment he discovered his bars — taken from an episode of Amelia Dimoldenberg's Chicken Shop Date — had gone viral.

“I got an email: ‘Hey, a remix of the rap you did on Chicken Shop Date is going viral and doing extraordinary things on TikTok.’ I’m, like, ‘Well, that’s funny and weird.'”

Read this next: Snoop Dogg raises salary of his personal blunt roller due to inflation

The viral rap audio has been used in more than 6.2 million TikToks and heard more than 1.39 billion times.

Dimoldenberg asked Theroux about his brief time rapping, in response to which he recited his original rap taken from an episode of his own documentary series aired in 2000.

Theroux's verse had been recorded in an episode of his BBC documentary series Weird Weekends in 2000, when the filmmaker went to a New Orleans radio studio to see if he could make it as a 'gangster rapper."

Theroux entered a rap battle after coming up with the rhymes in the shower, giving it his best in a live radio competition. The rap goes: “My money don’t jiggle jiggle/ It folds/ I’d like to see you wiggle wiggle/ For sure.”

Read this next: A Fine Balance: Why rapper Bohan Phoenix left the birthplace of hip hop for China

However, it was the rendition on Chicken Shop Date that went viral after being reworked by Manchester DJ duo Duke & Jones – real names Luke Conibear and Isaac McKelvey.

In a TikTok video posted on March 17, the duo added autotune and funky low-fi music to the verse as part of their 'adding auto-tune to random vids' series.

The track has been danced to, performed and listened to by the likes of Shakira, Snopp Dogg, Megan Thee Stallion, and the cast of Downtown Abbey.

For his three children, the viral moment has been weird, especially for his 14-year-old son, who is a big TikTok fan and thinks his dad is "cringe".

“I’ve left my stank all over his timeline. I think it’s made him very confused and slightly resentful.”

Theroux also said that he received performance requests, but has had to turn them down. "I am not trying to make it as a rapper," he stresses.

However - he did say he was hoping to make "fold" from this trend: “I sincerely hope we can all make some jiggle jiggle out of the phenomenon. Or maybe some fold,” Theroux said.

Read this next: 20 of the best early-90s hip hop samples