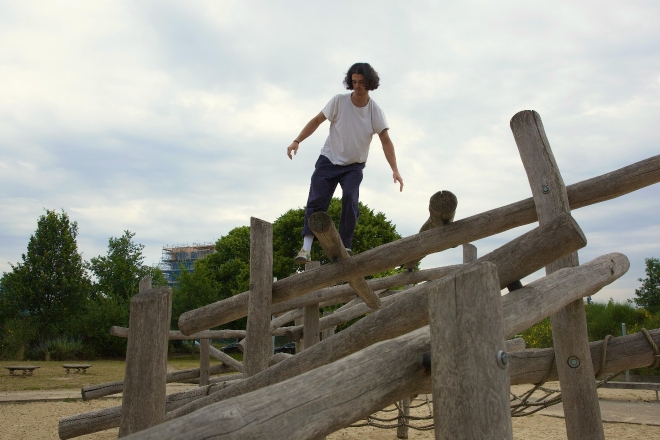 Accidental Jnr , the sub-label of Matthew Herberts' Accidental Records, continues its Room 2 series with a debut from newcomer producer Lonely Bindi and his ‘Anahata’ EP.

It was at his school in the foothills of the Himalayas where Lonely Bindi made first contact with music — it formed the bedrock from which he has flourished as a young and ambitious electronic producer. And despite the fact the tabla was his first instrument to learn and master, Lonely Bindi’s output sounds far from the traditionalist background he was exposed to from early on.

A closer listen to ‘Anahata’ however, exposes the nuanced methods and ways he’s taken on board his early influences, bridging classical principles with almost postmodern attributes, such as his expressive tonality of tabla and mathematical beat cycles.

An exceptional height from the EP would be ‘This Is – As Close As I Come’ — whilst most of the EP is clearly geared for listening away from the dance floor, the second track introduces us to his more fierce side, giving us a fidgety club track with a twist.

Lonely Bindi ‘Anahata’ EP is out now on Accidental Jnr/ Room 2. Have a listen below.