“a narrow valley between hills or mountains, typically with steep rocky walls and a stream running through it.”

Japan has a deserved reputation as a nation of dedicated enthusiasts. This zest for fully embracing a chosen form, mode, scene or fetish has been known to manifest more than a few deliciously eccentric styles and genres over the years. While you'd be forgiven for knowing little if anything about the country's curious gorge music phenomenon, the esoteric movement celebrates its 10th year of being this year – marking the milestone with the release of the 'GORGE OUT HERE 2022' compilation.

Gorge music takes its name from the craggy, rock-formed valleys that form in mountainous regions of the Earth's surface. The canyon theme can be felt in the music, which is typified by the use of tom drum percussion to symbolise these rugged landscapes. The connection with the great outdoors doesn't end there. Mountaineering is, as it turns out, a favoured pursuit of gorge producers – who prefer to be referred to as 'bootists' rather than artists.

Confused? Let's take a quick look at the gloriously succinct 'gorge public license' before we continue: 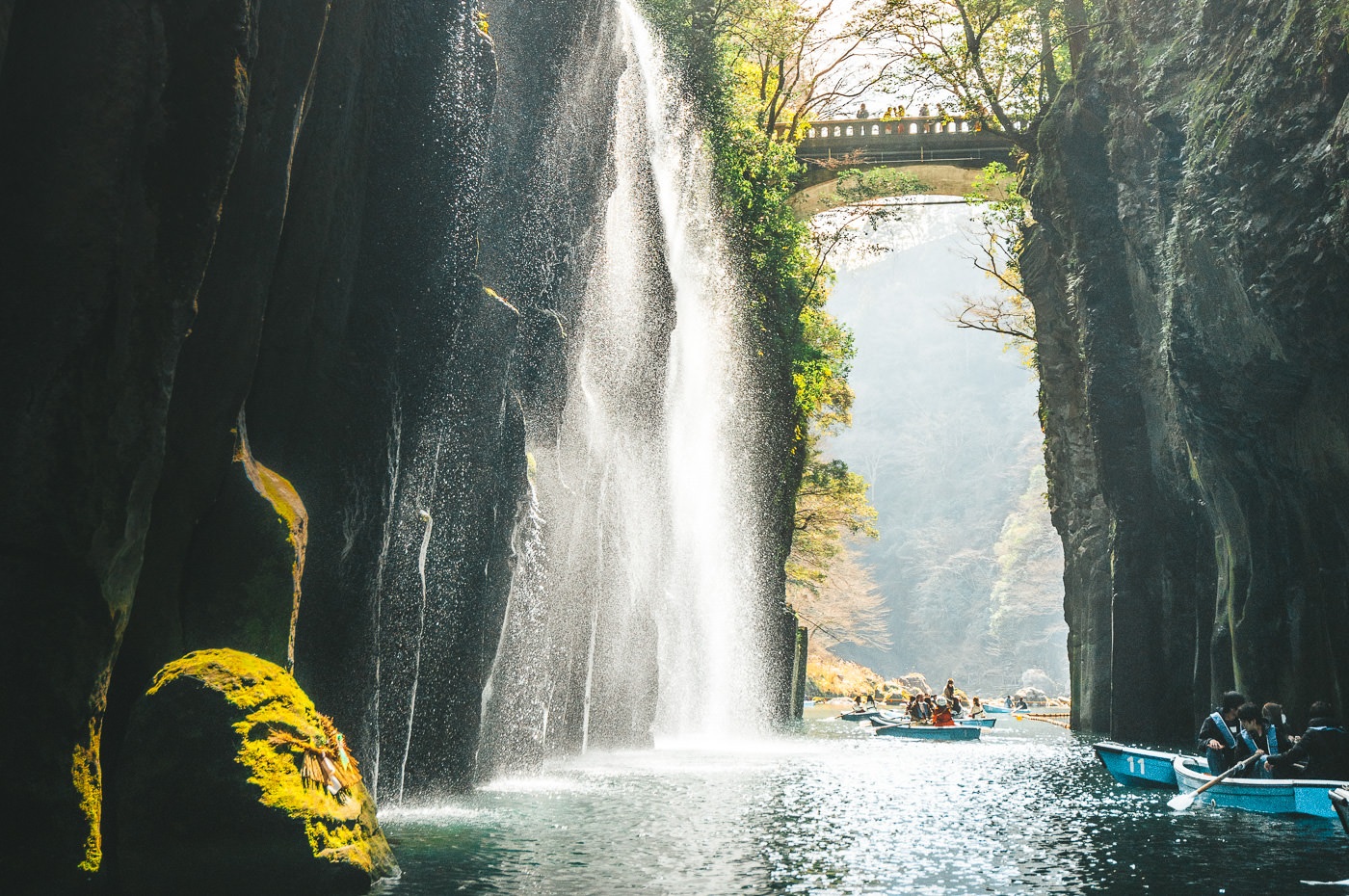 With a manifesto as straightforward as this, it becomes clear that – as long as the creator adheres to the three golden rules – all-manner of genres can incorporate the gorge theme. Abstract ambient, club music, kraut rock and drum 'n' bass are among the many styles to have been re-imagined via the gorge lens. It appears, then, that gorge is as much of a state of mind as a stand-alone genre.

If you haven't already guessed, those attached to the movement appear to revel in ambiguity. In an attempt to gain a better understanding of quite what's at play here, a backward glance to the scene's inception is in order. Despite the self-perpetuated rumour that the music was born out of the Nepalese club scene and inspired by a Himalayan giant named DJ Nanga, gorge was, in fact, founded by Fukuoka-born producer Toki 'Hanali' Takumi, with the first music to arrive under the banner coming via his Tokyo-based label, GORGE.IN. Utilising a logic-rejecting, dada-style belief system, irrationality is embraced by the scenes practitioners.

Read this next: Genre-clash: WRACK mixes up gqom & gorge in forthcoming EP

The absurdism that starts with the improbable origin story permeates the entire scene. Stripping back the layers of mythology, a 2016 interview with Takumi reveals that he began creating electronic music in the mid '90s, inspired by groundbreaking IDM artists including Aphex Twin and Autechre. As his love of abstract music developed, he became enamoured with the work of avant-garde composer Otomo Yoshihide, and soon began performing live shows utilising guitar alongside wonky, signal-bending electronics.

His debut recordings under the Hanali moniker arrived in the late naughties, with the now-familiar production alias lifted from the little-known manga series, Animal Stadium. During this period, Takumi's love affair with mountain-climbing would also blossom, but it wasn't long before his new-found hobby would land him in hospital with a serious injury. A mountaineering accident in 2011 left him bed-ridden for months on end, but his dice with destruction did little to deter his love of the great outdoors. While recovering, he set to work manifesting the tenets of gorge as it exists today in an attempt to re-imagine the paradoxical beauty and danger of the mountainous environment into sound.

He launched the GORGE.IN imprint soon after, birthing the label with a pair of releases in 2012. His own Hanali release 'Gorge Is Gorge' was joined by a compilation of work from inaugural bootists entitled 'Gorge Out Tokyo 2012' – the latter of which featuring the 'gorge public licence' on its cover art. The compilation featured contributions from artists with tongue-in-cheek monikers like Gorge Clooney, as well as an entry from none other than (mythical Himalayan giant and gorge creator) DJ Nanga. Quite how so many contributors were found to populate the 13-track collection is anyone's guess, but one thing is for sure: Hanali's desire was always that gorge be open to all comers.

In a recent Bandcamp article, Hinali compared the movement he created to open source computer software, suggesting that its creators are “free to modify, hack, and create new versions.” And, just as he desired, the gorge community has grown exponentially in the years that followed its inception. Initially based exclusively in the locale of the Tokyo metropolis, creators began to appear with their own contributions to the form in all corners of the globe.

By 2014, it was truly blossoming, with LA-based bootist San Gabriel releasing his 'Gorge Sample Pack' of eminently useable tom drum sounds. It's small wonder Gabriel would find pleasure in the gorge bosom, combining, as it does, two of his biggest passions. As well as being a keen mountain climber, he's also an experimental drummer who functions under the name Butchy Fuego, sometimes touring with Japanese noise-rock band, Boredoms. He became acquainted with gorge thanks to his peers on the Tokyo underground, with its mountain-theme striking a (dis)chord with his own, similarly-inspired compositions. He would later found the first US gorge chapter, The United Gorge Bootists of America, and in 2016 compiled and released the 'GORGE.US' album.

The sound has continued to spread internationally, with sounds forged in gorge landing as far afield as Argentina, New Zealand and Germany, while, back home in Japan, its creators continue to draw on worldwide sonic influences. Its symbiotic relationship with disparate sounds is perhaps a testament to the open-ended nature of the original manifesto, but some of the sonic simpatico fits so snugly that it feels rooted in the very same soil.

Japan's juke music scene was ushered into existence at approximately the same time Hanali was crafting the gorge public licence, and the two movements routinely crossover in intriguing ways. Hiroki Yamamura, who records under the Hyradiance alias, released an early gorge vs juke fusion EP, with 'ゆーこロータスの Gorge & Jukeしよう' arriving on GORGE.IN back in 2015. The co-operation exits on ground-level, too, with legendary Shibuya club Dommune hosting periodic juke vs gorge battles over the years. Indeed, the virtual venue has been, erm, virtually synonymous with gorge over the last decade, serving as a local base from where the tom-heavy events have been streamed to global audiences.

Throughout Japan, artists (or, perhaps, quasi-bootists) from far-flung scenes have embraced elements of gorge and incorporated it into their work. Way down south on the sun-kissed island of Okinawa, renowned juke producer Tea-chi summoned the essence of gorge on his 'Island Gorge EP' – infusing his tropically-spun collection of traditional instrumentation with percussive vocal stabs and staccato glitches. Meanwhile, back in Tokyo, Drastik Adhesive Force has ploughed his own gorge-infused furrow, inventing a low-slung house hybrid he self-styles as 'SLAB music'

Further afield, a crop of Argentinian bootists attached to South American label, pantanosumpf, were recently honoured with an appearance on GORGE.IN. 2020's 'pantanoGORGE (Volcano Version)' compilation featured 10 tracks from a line-up including Nicolas Aimo, Pedro999, and Fiera Verde. Generally a shade or two more meditative in tone than its Asian counterpart, the introspective music nevertheless serves as a bewitching example of just how far this idiosyncratic scene has come since its decade old inception. With 'GORGE OUT “HERE”' performing relatively well in terms of sales traffic, there's every reason to expect much more to come from the ever-growing community of outlandish bootists, both inside of Japan, and across the world's crag-infested continents.