The rhythm of the drum is a primordial story; drums of various types were considered the first musical instruments invented, and used, by two hands; by man. The power of rhythm can infatuate and elevate us through encounters with the universe, and has the ability to heal the human spirit. Our hearts beat to a rhythm that we each have the essential ability to nurture and control, and that same essence of power can be translated into music where manipulation and layering of rhythms allows for the creation of an infinite groove.

The drum you’re going to find out more about is the flat-top, round-bottomed and melodic wonder known as the tabla.

It is believed that Hindu deity Lord Ganesh accidentally dropped his pakhavaj, the supposed parent instrument of the tabla, and it broke in half. Just like the phakavaj, the ‘broken’ half we have today is also a melodic percussion instrument, made of shishum (a light variant of rosewood) and animal skin (usually goat skin), but is considered to be lighter and less dense in sound and tone. The black centre spot on the skin surface is made of iron particles, giving the drum its melodic versatility, unlike most other percussive instruments. Mythology aside, the tabla has to be the most significant instrument in India’s vast musical repertoire.

These cosmic reflections and encyclopaedic quests for drum knowledge were inspired by my conversation with Noriko Shakti, a Japanese DJ and student of the tabla. Noriko told me how she first found her musical roots in reggae and global interpretations of dub music, and that eventually got her into DJing. The tabla came next. And not just the tabla, she immersed herself in the full gamut of Indian classical music, its history and how traditional Japanese instruments have their roots in Indian drums.

Noriko left Japan in 2012 to study classical Indian music in Kolkata, and she’s now settled in Goa from where she performs and produces and writes drum’n’bass and its musical variants, with a high dosage of classical and modern Indian infusion. You can listen to her most recent release, ‘Shanti Protocol’ here.

Whilst her persona comes across as timid, humble and grounded, Noriko’s artistic output is vibrant, dynamic and original. We decided to connect through a 5G medium (still known today as a phone call), and I quickly understood her fascination with the Indian drum (and drums of all kinds) to be a humble act of borderless vision; it was her conviction to rhythm that compelled me to know more about her and why she left Japan to settle in India and undertake a scholarship in classical Indian music.

So in addition to learning about Noriko and listening to her feature mix, the tabla scholar also tells us what we need to know about the drum that changed her life, as she teaches us about taal, layan and bol phadan. 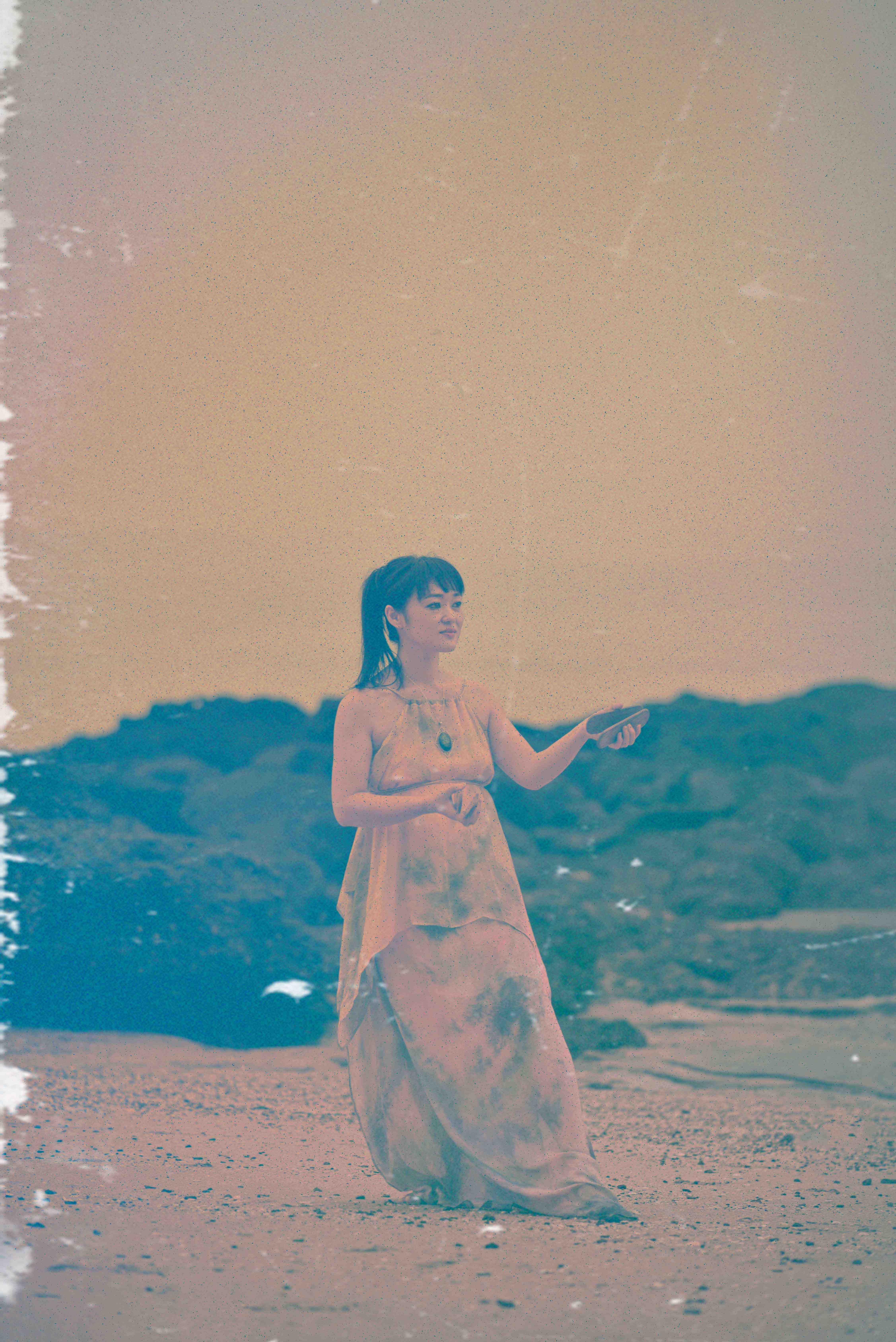 If you could make music with anyone in the world, dead or alive, who would it be?

What do you wish people knew about you that they don’t?

“I have co-founded Create Protocol to explore the future of arts and music. Check it out here.”

What instantly puts a smile on your face?

“My dog Roxy - my dog. She’s the inspiration of my song ‘Round Eyes’ from my recent EP.

Your favourite place to party in India?

Your favourite place to DJ in Japan?

“Although I haven't been to Japan for more than 2 years, I used to play in/around Shibuya. When I go back, I'd love to play at Unit and Womb.”

What’s your earliest memory with music?

“I heard a funny story from my parents — when I was 3 years old, they took me for a company trip (known as shain-ryoko; a specific old culture from Japan, where the company takes the employees and their family on a trip but the employees are expected to spend time together and get to know each other; so it's a part of work). There was a huge banquet (known as nomikai) at night and it was quite chill/. And then there was a moment when everyone became really quiet. I started singing a Japanese folk song called "Umi (Sea)", "Umi wa hiroi na, be be be no be" which I only knew one line and the "be be be no be" part became the first adlib in my life. That made people laugh and light up.”

Your first musical romance was with the dubby frequencies of reggae. How did that relationship develop?

“When I was in school, I absorbed myself into various and random music journals as we all might do. Rock, punk, hardcore — I found their roots in genres like reggae, ska, rocksteady, dancehall, dub and hip hop. I always find reggae behind music that I love. I made a mix CD with dubwise innovative dancehall riddims from around 1990 to 2000, where I tried to interpret them a little differently.” 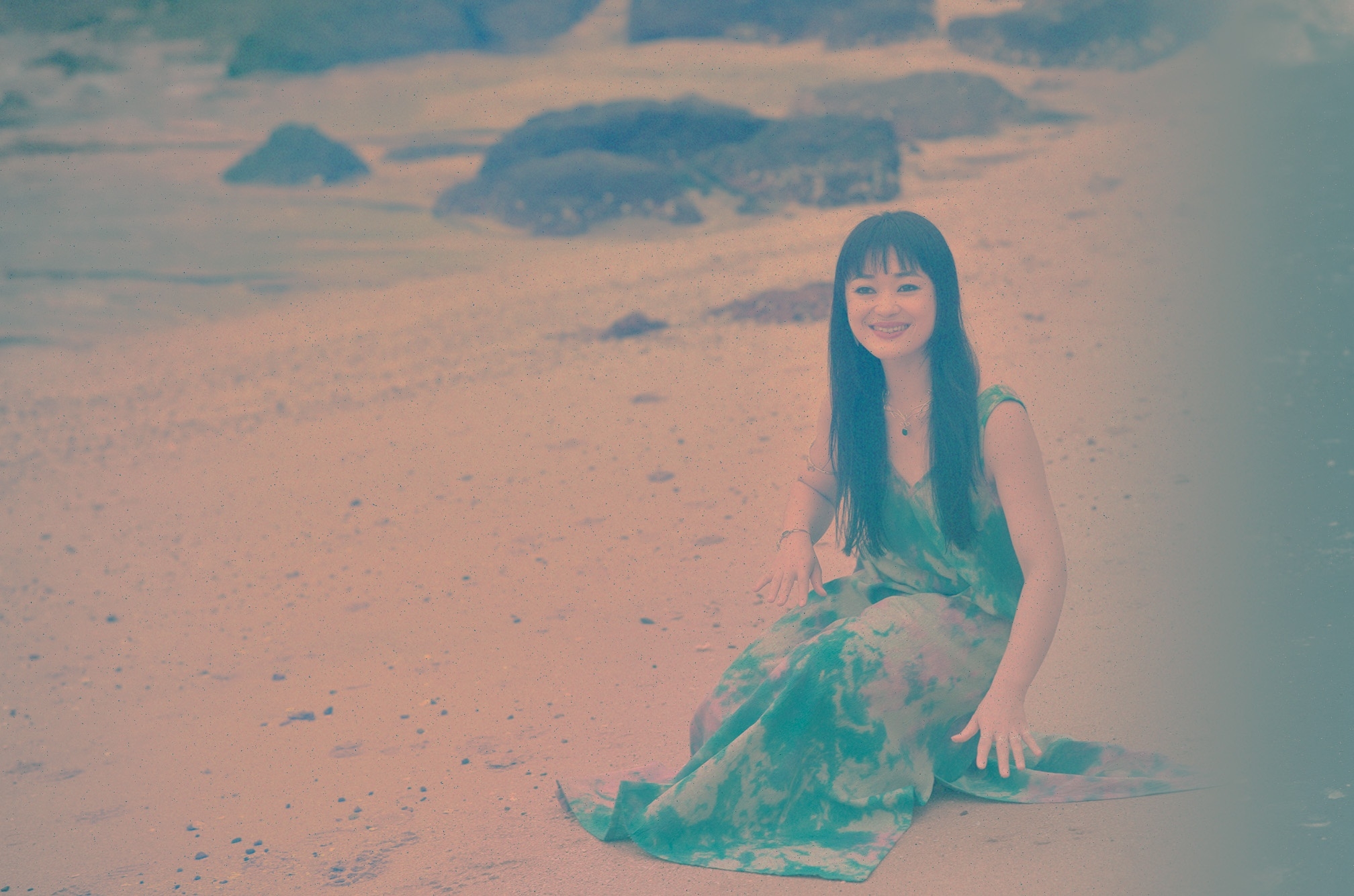 Was there a particular artist or song from the golden era of Asian Underground that made you go, “I want to learn the tabla”?

“Asian dub foundation, I've seen they featured unique instruments including those from India. But I didn't really spot the tabla at that time.”

But before you followed the beat of your own drum, you were spinning records in clubs in Tokyo. Are you still DJing now, and what are you playing?

“In Tokyo I started playing at hip hop and reggae clubs. I still have a lot of reggae and dancehall 7-inch records in my house in Tokyo. Overall, and still now, I play a variety of bass music, but people in India call my style "fusion". I love to play drum’n’bass, breaks, bassline house, electronica, dubstep, ethnic house and techno — all in one set where I can take audiences on a journey beyond the borders, so that we can feel oneness on the dancefloor. I also play my own tracks, refixes or edits and remixes."

How did you end up pursuing a Masters of Arts in Kolkata?

“I wanted to learn a percussion instrument to instil the principle of rhythm and sense of beat into myself for my music production. Then I found tabla was very interesting. First, I learned from an Indian Tabla teacher at the Embassy of India in Tokyo where they provide various Indian culture classes; tabla, yoga, Odissi, learning Hindi, etc. After one year, a teacher recommended me to get an ICCR (Indian Council for Cultural Relations) scholarship to pursue Indian classical studies in India. I had been to the south of India for a yoga course and was already fascinated by the culture, so I thought it would be fun to live in India to properly learn classical music.

And now you're now doing a PhD? Enlighten us please.

“Yes. My thesis is a Comparative Analysis Between Indian and Japanese Percussion Instruments. The main objective of this thesis is to contribute towards a comprehensive understanding of the historical interaction of India and Japan, focusing on the cultural appropriation of a percussion instrument, the idea of an hour-glass shaped drum.

Let me tell you more? Japanese traditional music called Shou Myou) originally came from reciting mantras from Indian Buddhism, while another musical form, Gagaku, was developed by the elements of alien music and dance from India and China.

The hour-glass shaped drum used in Indian folk music, the damaru, was transmitted to Japan and adapted as tsuzumi, a type of Japanese traditional drum. I pursued to follow how the damaru had spread to the countries of South Asia, Southeast Asia and East Asia and came to be adopted while changing its name, construction, and playing style. 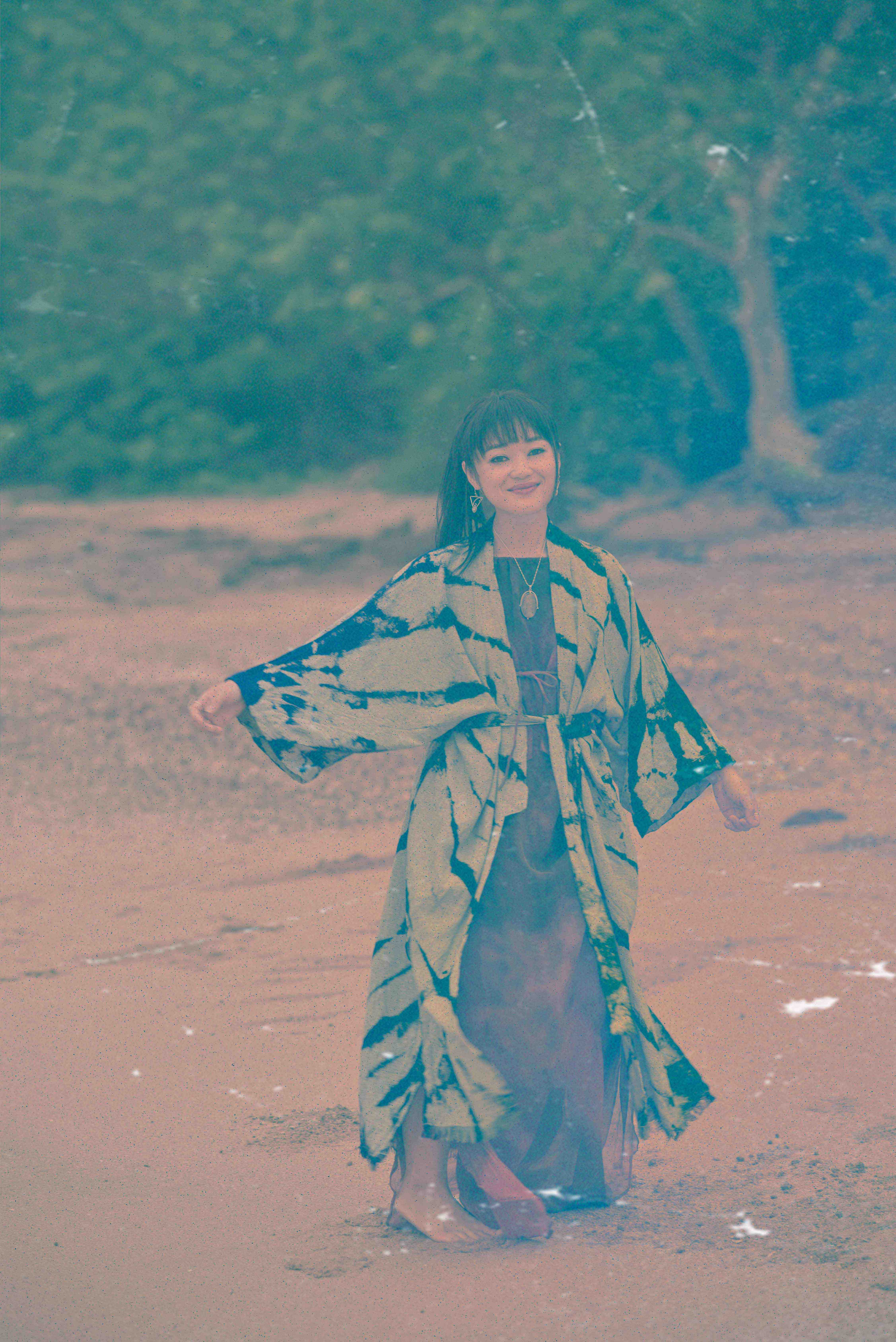 You mentioned going through an adjustment period after leaving Tokyo and arriving in India. What was that like and have you embraced the change in lifestyle and surroundings?

“I had to change my lifestyle completely in Kolkata and adjusted myself to surroundings of 2012 India. I also gave up a lot of the things that I was used to from Tokyo. But the passion of people in WB towards arts and music always moves me."

Playing tabla doesn’t look easy. Can you tell us what is 'taal' and how the tabla is different from most other percussion instruments?

“When we play tabla, we should move each finger separately. And fingers must be very stable and strong enough to keep creating a repetitive rhythm cycle — this is taal.

And I don't think there are any other percussion instruments which require dexterity, strength, and theory like the tabla does. Also, tabla is highly related to oral tradition - onomatopoeia or bol padhan. Which makes it so much fun to learn and express.”

Taal is a rhythm pattern. it is often translated as "beats" in English, but it’s really not accurate. It is the Indian concept of a rhythm cycle. Each taal has fixed divisions, and accented or unaccented beats. Because of this, other percussion and instruments or vocalists can synchronise on the same repetitive cycle, and improvise for eternity.

Laya is tempo. In the beginning we learn 3 tempos: slow (vilambit), medium (madhya) and fast (drut). There is an interesting part of Indian classical music called layakari, which is a play on variation between the rhythm divisions, just like tuplets.

I feel a strong connection between the tabla and hip hop/rap: they are alike in the sense that bol padhan is rhyming and layakari is flow."

So, after learning all that, what do you think makes a great tabla player? Who’s your inspiration?

“I can't mention one player, each has their own character and style. In Indian classical, Pandit Subhankar Banerjee always has beautiful composition & accompaniment. For tonality and expression, I can say, Pandit Swapan Chaudhuri. For energy on stage, it’s got to be Pandit Kumar Bose, and to hear everything in balance, none other than Zakir Hussain." 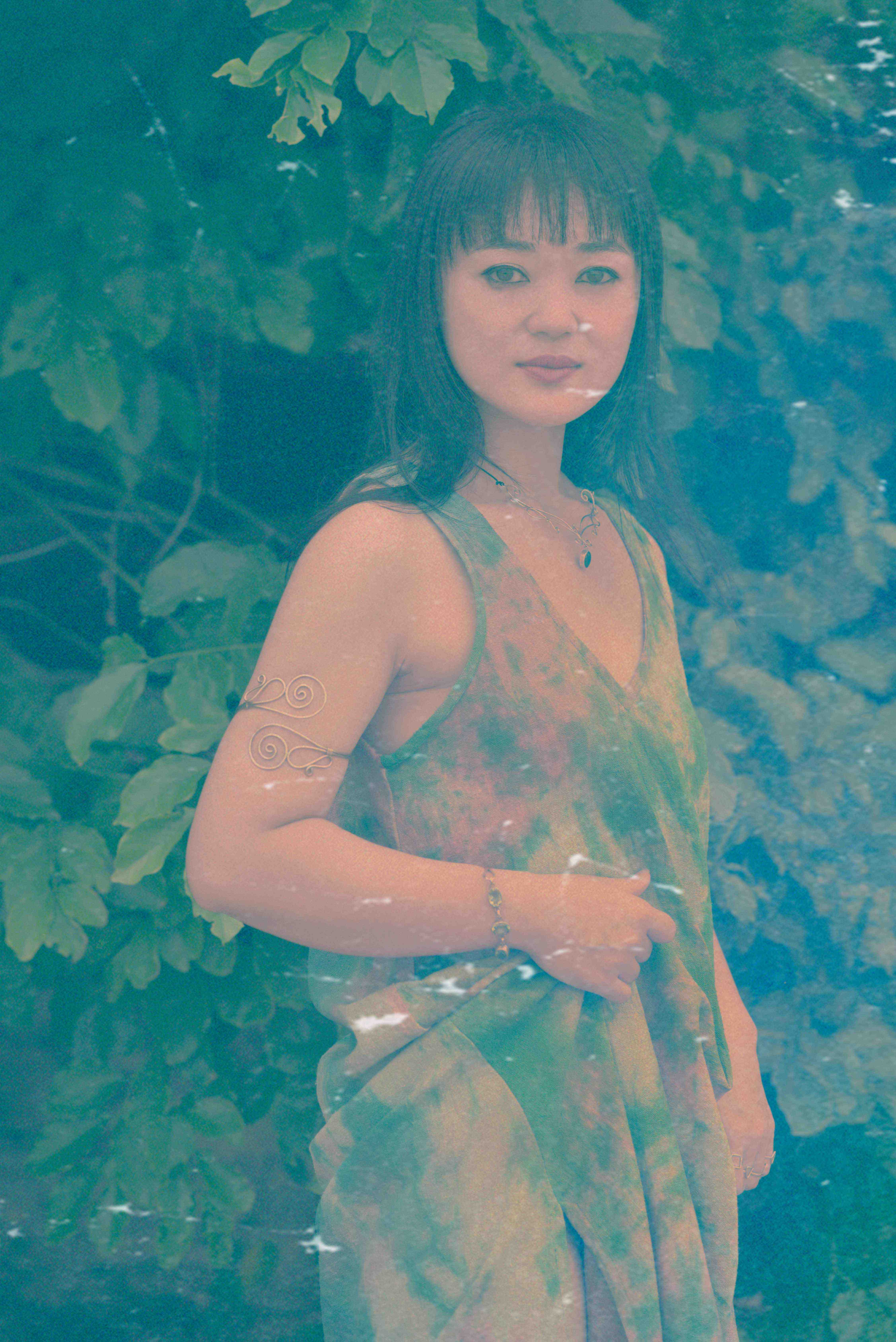 What goes into your music making process?

“I get inspiration from ideas of beat, melody, bassline, words, phrases, anything. I don’t really think about genres.”

"My recent ‘Shanti Protocol’ release will be turned into an NFT collection called ‘Reunion’, with visuals by James Dawe who did the original artwork. It will also be released as a cassette tape. I’m hoping to extend the NFT collection as a participatory project, and hopefully it will resonate well with people around the world who are also rooted with the concept of reuniting with aliens. Essentially, I want to get other musicians and visual artists involved in and make their own version of ‘Protocol’.

What else is going on…? I’ve got a drum’n’bass-heavy EP which will be out soon too, and I’m finally going to collaborate with artists like Karsh Kale and MIDIval Punditz, so keep an eye out for that. And then I’ll be travelling to the US to go on tour!"