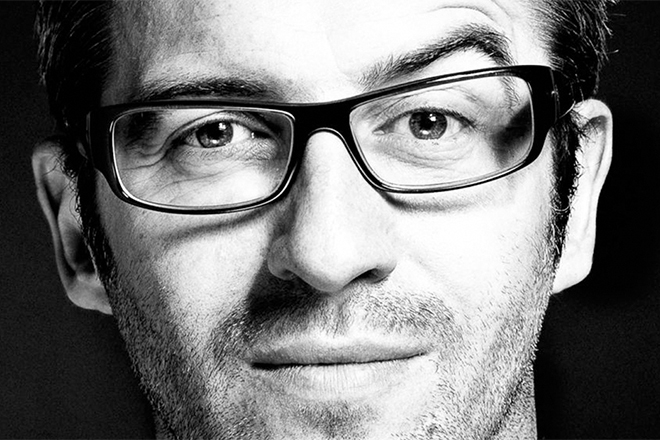 Berlin-based DJ, producer, remixer, band-member, label A&R and an overall prominent figure in the soulful side of the music game, Alex Barck makes a return to Asia to play two very interesting shows.

This coming Friday 25th October, the Jazzanova DJ and ambassador has been asked to kick off a new series in Bangkok titled 'Siwilai Invites' that shifts the focus back to music at the bougie Siwilai City Club. Alex then heads to Hong Kong on Saturday night where he'll hop on an inter-island ferry over to Cheung Chau island to embrace a multicultural crowd of festival-goers at Shi Fu Miz Festival. He’ll be joined by headliners such as KiNK and Marcellus Pittman.

We got to share a few words with Alex about his upcoming trip, have a dig into our conversation:

You’re thought of as a timeless music icon in the soul and jazz world, having got your start about three decades ago. But when and where was your first gig in Asia?

We started to release music in 1997 and I think the first tour was in 1999 to Japan organized by our friends from Kyoto Jazz Massive and the Okino brothers.

It’s been a little while since you last performed in the South East Asia region, what are your expectations of the current music scenes in the cities you’re about to visit, Hong Kong and Bangkok?

The world and itss trends are moving fast but at the same time the local scenes become more and more independent from the big movements in music. So it will probably be a surprise. At the same time I hope that the people inviting me are following my activities and will make it fit.

How do you think your music fits in the Asia scene right now?

I believe in the phrase that music is an international and universal language. Back in the day we were going to clubs to discover new music and stuff we never heard before. In the end you have to build a relation to the audience which is based on trust. I hope that we've achieved that.

Has your label made its way across the pond yet? Do you take any special measures to connect your label with international audiences?

Nowadays we make half of our label income with digital services such as Spotify or Apple Music. We own around 4,000 songs in our catalogue and you have to work with it.

Your discography of reworks holds a special place for listeners and fans of Jazzanova. As an ambassador of the group, do you have any particular favourite songs that you’ve remixed and why this/those song(s)?

Yes, we started mostly with remixing other people’s work. A special place in my heart will always be the remix for Ian Pooley’s 'What’s Your Number'. One of the shortest deadlines we've had to deliver the mix made us work very out of the moment and feeling, especially at the time. Normally, we would spend much more time on a mix. It made me understand the rules of club music a bit more.

Is there anything on your Asia hit list that’s a must-do anytime you’re in the region?

My favourite side-effect when I travel far is to soak up the atmosphere and vibes, especially when it comes to food.