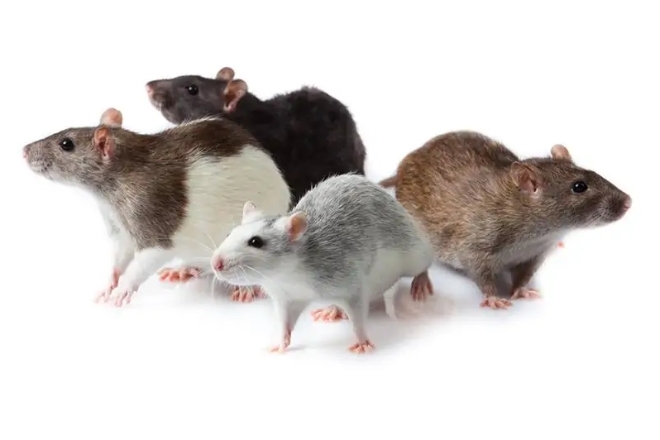 Enough to roll 1,3 million joints, around 450kg of marijuana has “disappeared” from a police warehouse in Mathura — a city about 100 miles to the south of New Delhi. The alleged culprits? Rats.

Local police in Uttar Pradesh were unable to provide marijuana seized as evidence to the court in regards to three different drug cases. Prosecutors mention that “There is no place in the police station where the stored goods can be saved from the rats,” underlining they could be impacted by rat infestations.

Unconvinced by the “mice menace” declared by the police, the court has ordered arrangements to be made for safeguarding confiscated cannabis in the future.

Mathura City Police Superintendent, Martand Prakash Singh, spoke out after the court case, mentioning that the drugs were said to have been destroyed by “rains and flooding”, meaning they did not blame rats entirely in the report submitted to the court.

However, the court document does mention that rat infestations have been a problem in almost all police stations.

“Being small in size, rats have no fear of the police,” the Mathura police stated in court, and that officers “cannot be experts in solving every problem.”

Read this next: Snoop Dogg responds to claims he smokes up to “150 blunts a day”

The value of the stash allegedly eaten up by the rodents amounted to around US$70,000.

Judge Sanjay Chaudhary suggested that the remaining evidence be auctioned off to research labs and medicine firms with proceeds handed over to the Indian government.

Read this next: Bangkok prepares for the ‘Cannaverse’

According to a study published in 2019, lab rats became “less active” as they were given cannabis-laced dough to devour. Their body temperature also became lower.

Perhaps weed is exactly what rodents need after being dancing to 140BPM tracks.