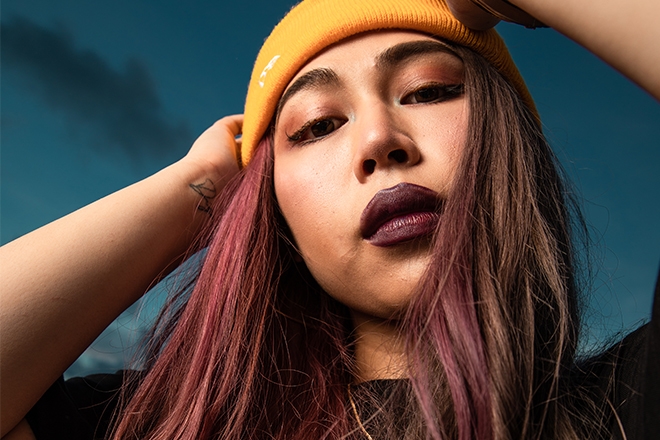 VIBE Magazine and their Asian partner b2 Music have released the third edition of their successful compilation series, VIBE Presents: Urban Asia Vol 3. The full album drops today, July 10, in association with NY label NEXT Records and The Orchard.

The fired-up compilation of Asia’s ones-to-watch features 15 of the best new hip hop and r’n’b tracks from Asia and kicks off with an exclusive remix of American r’n’b star SoMo’s cult hit ’50 Feet’ which features Hong Kong singer SHIMICA and her sultry, soulful Chinese/English lyrics. Upon release a week before the album, the single jumped into the #4 debut spot on Netease China’s Western Music chart. The 2018 original became a viral sensation on DouYin (Chinese TikTok) last year, and the hashtag #50Feet was shared over 300 million times. 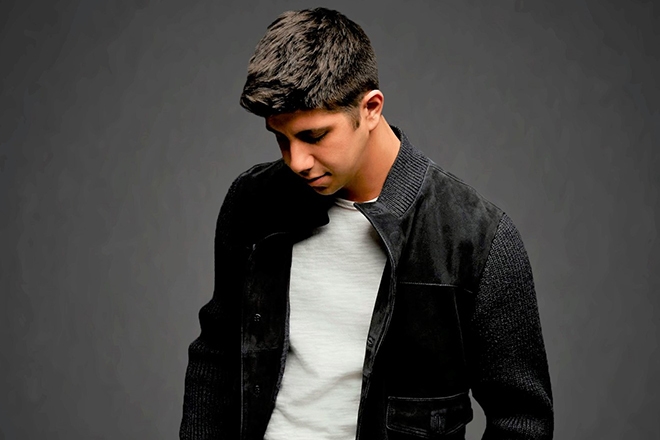 Another album exclusive is the moody, streetwise ‘Be the Same Feat. 李大奔BENZO’ by Downtown Dion, and produced by Harry Fraud — the first time the prolific producer behind French Montana, Wiz Khalifa, Benny the Butcher and a heap more current rap stars, has worked with an Asian artist. Downtown Dion is a rising name from Fraud’s SRF SCHL camp, and 李大奔BENZO was a winner on the runaway hit show Rap of China, viewed by over two billion people. 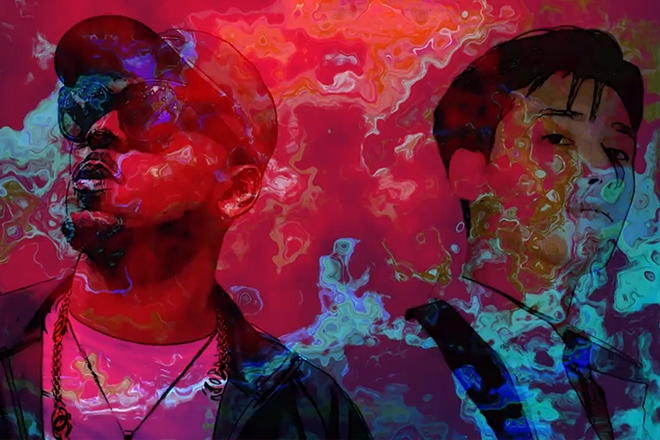 Mongolian superstar Mrs M also drops an exclusive follow-up single to her 2019 YouTube hit ‘Tasty’ with ‘Sugar Daddy’ - a sultry, savvy take on the recent phenomenon of ‘friends with benefits’ in a new money Mongolia. The video is like a candid short film narrated by Mrs M’s smooth flow. Mongolia’s capital, Ulaanbaatar has quietly become a hotbed of Asian hip hop talent, and Mrs M’s partner in crime GINJIN is arguably the country’s biggest male star. His first-ever English language track ‘Billboard’ is both hard and uplifting and shows the way for other Asian artists trying to break out of their home markets. 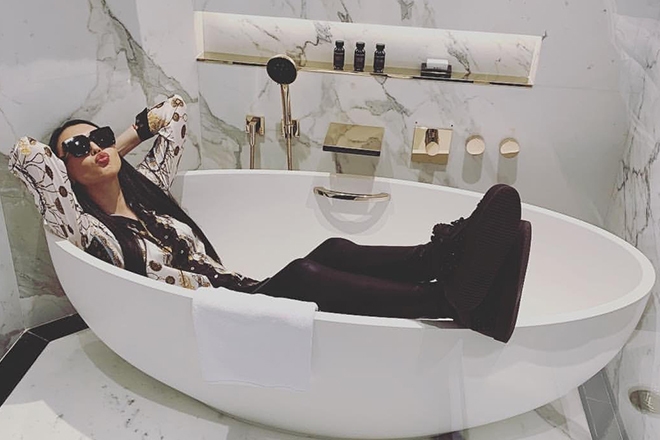 Other surprises on the compilation include two new tracks from teenage collective KARAMAY X, who hail from Xinjiang in Western China. The first track ‘Karamay’ by crew member RixatMax, features MacBoi and Atlanta rapper and producer Dell Harris aka DellGod (and also creator of Dad Rap), and is a blistering shout-out to their hometown. The second is the smooth, rapid-fire ‘Rock3tar’ by MacBoi, and features Juniorxx and Kid $ayno, who all bring absolute fire with their bars.

Like all of the previous VIBE Urban Asia compilations, Volume 3 is a truly pan-Asian record. India is well represented by Prabh Deep, with his hypnotic, chanty ‘Fly’, and the New Delhi duo Seedhe Maut, with ‘Yaad’ - a hard-hitting Trap banger delivered in razor sharp Hindi. Another hip hop scene bubbling just below the surface is in Phnom Penh, Cambodia, with the Klap Ya Handz label leading the way. Volume 3 features two tracks from this dedicated collective. REEZY’s ‘019 Feat. DJ Chee’ is a smoldering track with a haunting, ear worm sax hook courtesy of his labelmate DJ Chee. This track hits hard even if you don’t understand the Khmer language rhymes. Then there’s Vin Vitou, who’s ‘Pouk A Ta Ne’ finds him collaborating with the prolific DJ Chee for a hypnotic trap tune that features ethnic sounds, sneaky hooks, and a crazy nonstop rhyme flow. 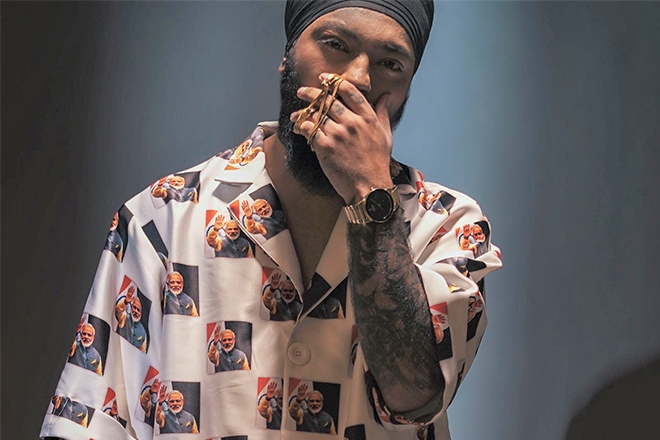 Hong Kong by way of Shanghai newcomer Haysen Cheng has one of the illest rap voices in the Asian game. The 20-year old’s ‘Machetes’ is the second single off his Durags & Chopsticks mixtape and it’s pure heat. But the Special Administrative Region reps hard with even more bangers – local DJ ENSO’s ‘Duck Duck Deuce Feat. TENZ and Fakeman’ and the album’s closer ‘Light it Up’, a dark, funky trap instrumental by producer SILVERSTRIKE, which is also a free beat for MCs to perform on and send their efforts to b2 Music. 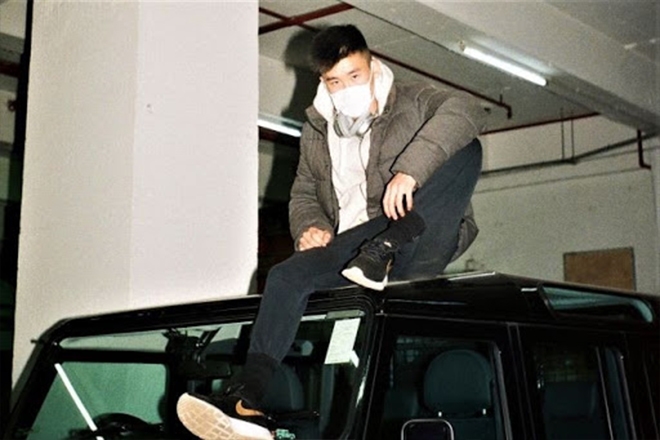 Another standout is Thailand’s 19 TYGER, who burst into the international hip hop consciousness through a VICE mini documentary about him and his life growing up in Bangkok’s infamous Klong Toey slum. His collaboration ‘Slumlight’ with longtime producer H3NRI is a gritty trap anthem.

Finally, Japanese sensation Tanaka ALICE is a saucy hybrid of hip hop, r'n'b and pure energy. She’s previously hit #1 on the Japanese iTunes Rap Chart, and her ‘Watch Out!’ has amassed over a million YouTube views since its release last year.

With 15 tracks in all, VIBE Presents: Urban Asia Vol 3 is truly a snapshot of the Asian hip hop scene in 2020.

VIBE Presents: Urban Asia Vol 3 is out now on b2 Music, buy here, and listen below. 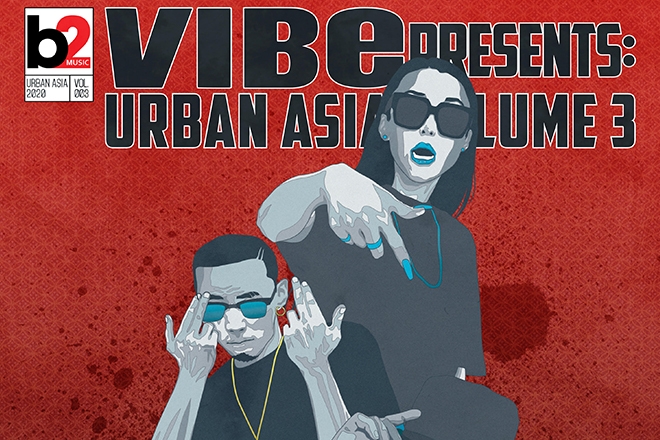