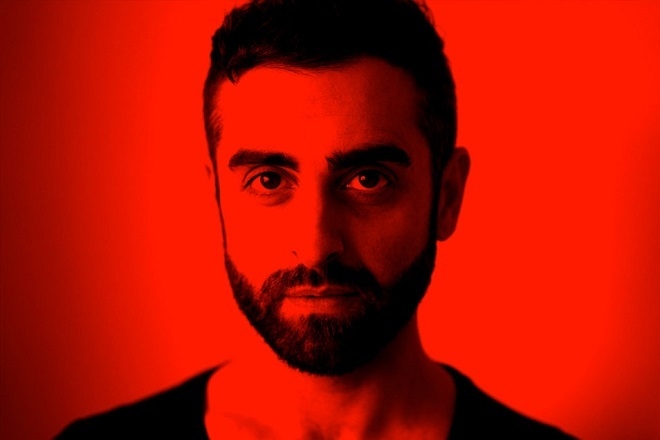 Bumping bass and shuffling snares abound as Cabaret Records welcome back French producer TC80 for his third outing on their imprint. True to form for both label and artist, contained within is the highest grade club material aimed at deeper floors, but the EP finds room for experimental compositions, too.

Cabaret was set up by Japan's So Inagawa and DJ Masda. The label takes its name from the parties Inagawa launched in Nagoya in the early 2000s, before joining forces with Masda and relocating to Tokyo in 2008. Their events grew to be some of the most highly regarded subterranean nights in the capital, and the label carries on that legacy, with 20 plus releases under their belts, and countless admirers from the leading lights of the underground. The label and the artists themselves are now among the most respected and high-ranking purveyors of house and techno to emerge from Japan in recent years.

TC80 is a veteran DJ who came to production relatively late on in his career, with his debut release arriving in 2015. His years spent behind the turntables ensure his music and arrangements enjoy a sense of flow in common with his DJ sets. He's released sounds – from minimal techno to electro – on labels including Albion, Sequalog, and Blank State, and his release schedule has helped him garner bookings across the globe, as well as invitations to compile mixes for RA and XLR8.

Opening track 'Abundance' has a Chicago house 'boompty' feel, as rubber-band bass bounces under skippy snares and a haunting top-line. 'Track 2' has a jagged, broken rhythm, its up-tempo groove jerks maniacally as synth stabs and textures twist in and out. 'Interconnected' has a subtle aura of melancholy, again the drums are chopped, the bass is deep, and the synth pads provide the atmosphere. Closing the EP is the introspective and down-tempo jam of title track 'To Kaido'. The most melodic of the record, the music gently drifts over well-programmed drums, with mysterious synths giving way to subtle acid textures deep into the eyes-closed journey.

TC80 'To Kaido' is out now on Cabaret Recordings, you can buy it here