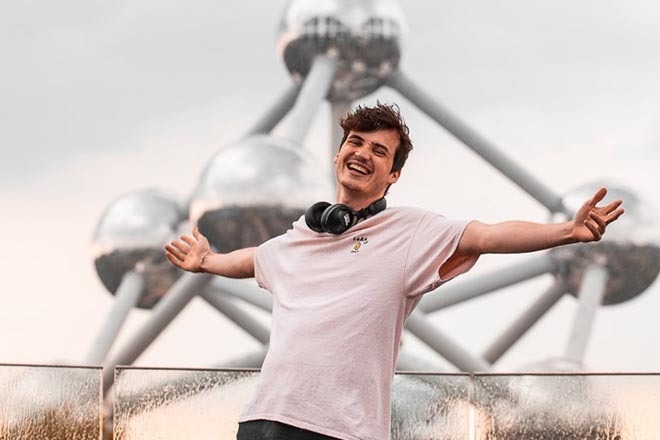 At the young age of just 24, Henri PFR is a multi gold and platinum single selling DJ and producer from Belgium. He’s played off the main stage at Tomorrowland three times and consistently gets placed in the higher echelons of festival bills. But like the rest of us, most of his 2020 has been spent at home or in the studio, and unfortunately not on stage.

But DJs like Henri don’t stay quiet for too long. Kicking things up a few notches in the live stream game, whilst paying homage to his Flemish family and friends as well as his fans from around the world, Henri will be performing from the most symbolic buildings in Belgium while perched at 102m from the ground at the Atomium. He’ll be covered by ten camera angles which will be covered by five fixed cameras, two mobile cameras, two drones and a helicopter. The stream will end in a grand finale of fireworks.

In 2017, Henri did a live stream from Brussels Grand-Place, which got shared across a hundred Facebook pages and racked up over 34 million likes. He aims to top that this year by reaching 60 million people worldwide.

Despite his young age, Henri already has a prolific stature in the dance music world, and he’s got plenty of fans in Asia too. We do have an inside scoop on an upcoming remix that he has apparently done for China’s top female DJ, LIZZY, and you will probably hear about it first here.

In the meantime, tune in to Henri PFR’s live stream tonight at 1am CST (7pm CEST) here.