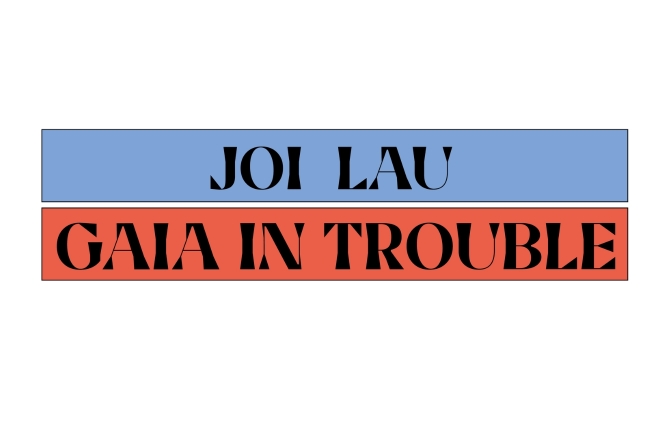 Hong Kong-based FuFu Records is set to release a new EP titled 'Gaia In Trouble' on May 18 2022. Working alongside the prolific and celebrated Hong Kong producer Joi Lau, expect to be brought along on an auditory trip accompanied by elements of ambient, tribal, breakbeat and techno.

Formerly known as Joey Lau, Joi Lau launched his musical career in the early 90s. His singing debut is immortalized in the cantopop album ‘喜歡我’ that went gold and sold over 25,000 copies. However, not long after his success in the industry, he surprisingly chose to switch lanes.

“There were some conflicting views between the producers and I, and I thought it was a signal that I was not a good fit for the entertainment industry,” Lau states on his official website.

Though choosing to opt out of the industry at the time, Lau never ceased to be infatuated with and create music. He’s recently reached a production number of one hundred tracks following the shut down of his medical beauty business due to COVID-19. After coincidentally bumping into Mr. Ho of Klasse Wrecks at a nightclub in downtown Hong Kong, Lau was kind enough to grace our ears once again with his sophomore release ‘3 UR Mind’.

This encounter with Klasse Wrecks — operating between Hong Kong and Berlin — shoved him out of his 30-year hiatus. Along with the help of Luca Lozano, Lau has re-emerged from his cantopop days and brought along his flair for the multi-genre. Ever since then, other regional labels have been in pursuit to release his off-kilter creations for us to indulge in.

Always one to step outside the musical norms, Lau continues to command the attention of labels, radios and DJs from around the world. A notable Hong Kong DJ even praises Lau as “an architect of electronic music” and “local talent with international quality”.

It comes as no surprise that FuFu Records aspires to have Lau featured on their releases. This team-up for ‘Gaia In Trouble’ marks the producer’s second contribution to the label — he was also included in the ‘88 – Double Happiness Vol.2’ compilation released back in June 2021. After much excitement from the first collab, this second one is sure to keep fans finger-tapping with anticipation looking forward to its release.

Take a listen to the track ‘Gaia In Trouble’ before the full EP drops here.