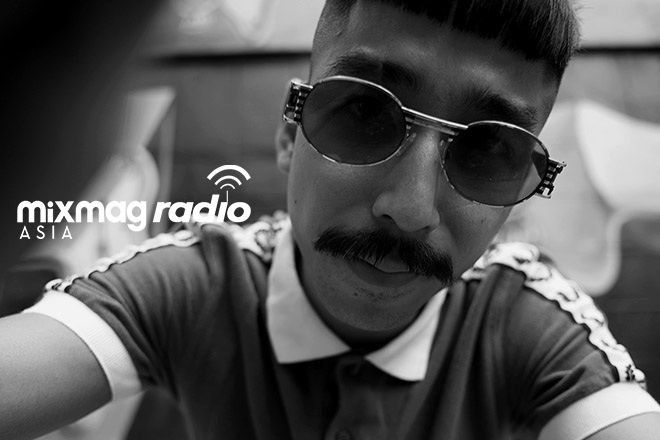 Fergus is not your typical local Hong Kong DJ, if there even is such a concept. He’s heavily influenced by London’s subculture music scenes, whilst being someone who cherishes and promotes his Hong Kongese descent to full effect.

A wide-ranging musical outlook has taken Fergus around the world to play at Wonderfruit in Thailand, Bestival in England, garage nights across London, grime shows in Leeds and house gigs in Austria. Out in Hong Kong, he’s been running (outside of the pandemic period) his own monthly house and disco shindig called South Canton Soul Train.

His early days as a DJ were spent honing his craft in true London form while growing up in Hong Kong, “I started off playing dubstep, grime, garage, reggae, drum ‘n’ bass and U.K. bass for staple local sound system crew Heavy run by Lai Fai, and I was also a resident of the infamous XXX club run by Enso and Yao when I was 17”, Fergus explains. And then around 2011, an obsession with Boiler Room and Get Darker TV fuelled him to head to London for further studies, and from then on it was non-stop gigs and shows across the UK and Europe for a couple of years for the Hong Kong artist.

“Fast forward to today I run disco/house nights under the imprint “South Canton Soul Train” and you can catch me on Eaton Radio and Below Ground FM I have monthly shows where I play everything from UK drill to Thai Funk to Electro to you name it.”

If you’re in the mood for surprises, which is how we like to explore sound, Fergus has got you sorted.

Tune in below to Mixmag Asia Radio 058 with Fergus from Hong Kong.