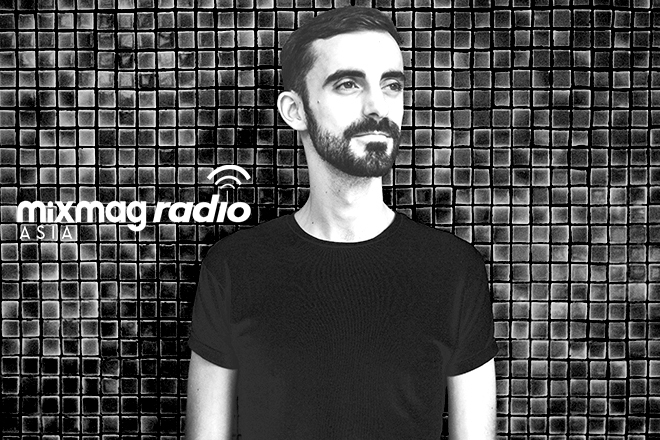 If you’re familiar with the party scene in Thailand, you’ll know Koish.

Originally from Germany, the never-rest DJ and promoter has etched a firm place for himself around the country, and has grown a strong following with music-based communities across the region for his commitment to the religion of good groove.

Whether it’s electro, obscure house, multicultural disco or minimal house, Koish has a refined ear for not just selecting, but also for creating seamless connections between unexpected sounds and styles. Getting deep about his sound, Koish tells us, “In my 14 years of DJing I’ve gone through stages of success and frustration, curiosity and idleness, and mainstream and underground. I started off with weddings, went over to commercial club nights, and later on played small drum ‘n’ bass raves in Austria. After I moved to Thailand, the sunshine here influenced my sound a lot.”

Since moving to the Land of Smiles, Koish joined the UNSTๆ collective along with fellow Bangkok players Sarayu, DOTT, Elaheh and Pati Mala. The crew are committed to the deeper and more minimal shades and tones of dance floor antics, with an ongoing and successful radio platform and regular nights across the cities clubs and festivals. On the festival tip, three years ago Koish got involved in a paradisiacal festival called Fly to the Moon out on Koh Mak. Usually held on New Year’s Eve, the festival originally founded by Tim Roemer and Superstar Panda features ceremonial dances, all manners of day-time sports activities and sophisticated Thai cuisine over 5 days of island escapism.

Not only has he kept himself busy putting on shows, but the evolution of his craft as a DJ also took on fresh and new paths, mostly inspired by the sunshine vibes of Thailand. Koish explains, “Suited for mostly day time environments disco, house and everything in between were mainly on my playlists. For a good year now, I have completely reset my library. Exploring the finer details and differences in minimal house with a heavy influence from the 90s my sound these days is quite straightforward - prominent kick drums with bouncy bass lines and witty storytelling.”

And for this week’s episode of Mixmag Asia Radio, Koish delivers exactly that — a driving, bouncy and groove-trenched chronicle that’s perfect for that mid-week pick-me-up we all need!

Tune in below to Koish from Bangkok for Mixmag Asia Radio.