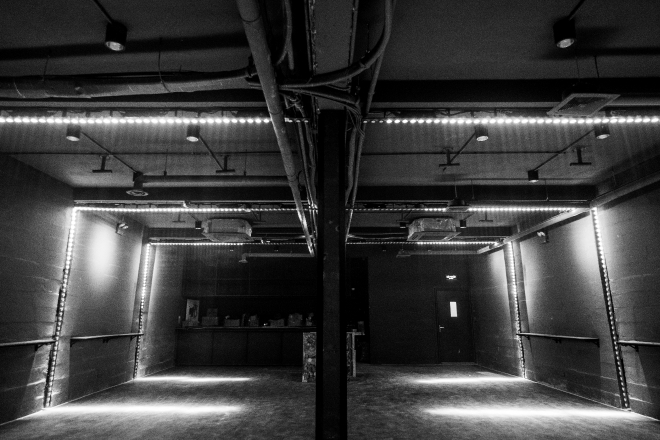 On January 12, Hanoi underground hotspot The Warehouse announced via Instagram that it will “go on a temporary hiatus for a period of time”.

The venue states the reason for its temporary suspension of operations is due to fixing and overseeing fire fighting and prevention issues.

“The safety of our audience, artists and all members of The Warehouse team is our priority,” highlights The Warehouse in its post. Read the whole announcement below.

Leading up to its NYE 2023 celebration titled ‘Midnight Kissing’, The Warehouse also announced a temporary change of venue, relocating to Soulmate Bar where Jakarta’s Ecilo headlined the event.

Championing the sound of techno, The Warehouse is said to be inspired by the nightlife warehouse scenes in London, Los Angeles and New York. Its two-storey, industrial-style multi-purpose venue has hosted a number of international acts such as NYC’s Deepak Sharma, Athens’ Steelios Vasiloudis, the UK’s Oliver Smith of Anjunabeats and more.

Known to many as “Hanoi’s Techno Cathedral”, the venue also showcases and supports the burgeoning local and regional scenes, providing a properly decked-out space for homegrown artists and ones from around Asia to perform in. Residents Thai Nikotin and Suplex D are often present to supply quality beats well into the early hours.

Read this next: In pictures: What went down at Phú Quốc Odyssey 22-23

The venue is said to be a go-to destination for many artists in the techno scene (both international and local) due to its diverse selection of bookings. Its current state of suspension has raised concern among locals on the looming lack of venues in accommodating a proper raving experience, especially in terms of sound and lighting.

Located amidst Long Bien Market, the once-old storehouse has been soundproofed and equipped with top-quality features; many have revelled in the resonance of the venue’s L-acoustics soundsystem accompanied by its stellar stage lights and visuals.

Speaking exclusively to Mixmag Asia, The Warehouse Hanoi founder, Lion, explains “At the moment, we will take a break for a while to find new, fresh ideas for ‘the new warehouse’. We strongly believe that a club with a strong community driven element is very important here in Vietnam and Hanoi.”

He adds, “Besides that, introducing new talents to our program monthly is also our priority in supporting artists and giving people diversity sounds to enjoy. Music is important as always, but so is atmosphere design. Hanoi is home to one of the most refined underground dance music scenes and, based on that insight, we aim to craft suitable programs for any party goer at The Warehouse.”

For those who want to look back on moments at the temporarily closed venue, The Warehouse has created a dedicated Instagram page where you can browse through photos of past parties.

In an attempt to sustain and contribute to Vietnam’s electronic music scene, the venue has hinted at holding pop-up events whose locations are still being kept hidden for now.

Keep up to date with Hanoi’s The Warehouse by following its Instagram here.