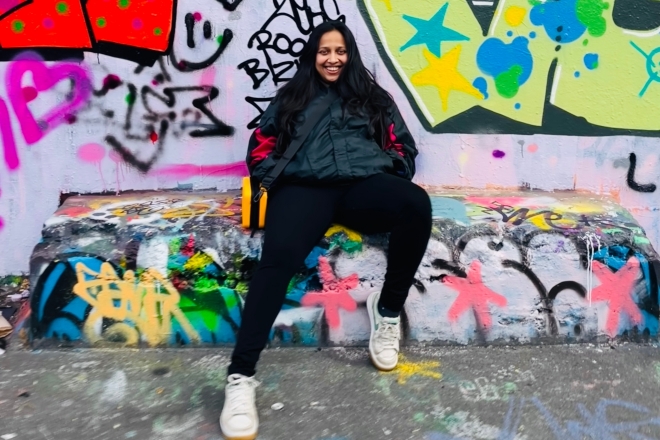 Lush Lata is headed to Berlin to perform at the coveted CTM Festival, which this year is said to include a focus on South Asian electronic music. During the festival, attendees will not only be able to enjoy her live set but also see the artist host an “Introduction to DJ-ing” workshop.

CTM Festival underlines connecting multi-perspective experiences, critical reflection, collaborative learning with a dash of much-needed hedonism through its annual event. It also comes in the form of collaborative projects, publications, commissions, club nights and more that aim to highlight the ever-expanding range of practices in and around sound.

The New Delhi-based DJ will be playing a DJ set at Panorama Bar, Berghain, on February 2 as part of the festival’s “Rhythm Weaving Through Rhythm” club night.

Describing her overall sound as “lush, ecstatic and fusion”, the New Delhi-based DJ has played all over India in the past four years, including for prominent events such as Magnetic Fields, Lakme Fashion Week and Bacardi NH7 Weekender.

She’s also embarked on a world tour and performed at the UK’s Keep Hush, Boomtown Festival and Ministry of Sound, Derry’s Celtronic Festival, Old Flings in New York and more.

Read this next: DGTL Amsterdam reveals line-up for 2023 edition

Known to incorporate moments of pure Desi nostalgia in her sets, Lush Lata mentions how every time a “Desi moment” comes on during her set, the room always breaks out in a celebration. “They can connect to it while also discovering something new every time, whether it's a sound or an interpretation of a Desi sound they thought they knew so well! Overall, it makes people relate to and they love that on the dancefloor.”

“I always try to include all songs in a fun and relevant way. I do like vocals a lot and I think that shows in my sets as well,” she adds.

She also speaks exclusively to Mixmag Asia on the impact club culture has had on her career, stating “I am now getting to see parts of the world I never knew I would see and participate in experiences I never thought were possible and it's all because of this club culture where I have been fortunate enough to make my career in.”

For more info on CTM Festival 2023, head over to their official website and keep updated with Lush Lata by following her Instagram here.