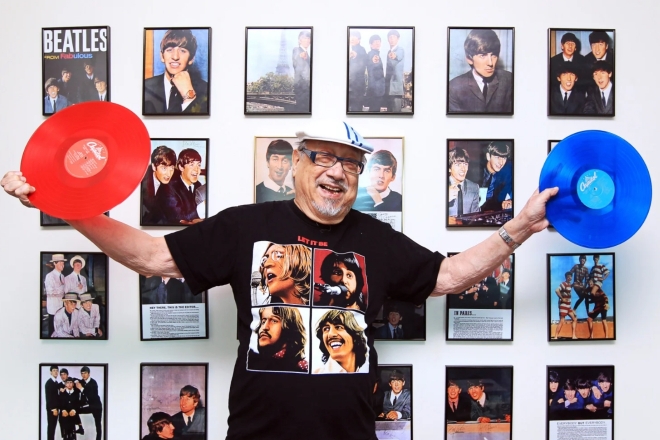 Coined the ‘Godfather of Music’ in Hong Kong, former RTHK DJ Ray Cordeiro died on Friday, 13 January, at the age of 98.

Reinaldo Maria Cordeiro was known as ‘Uncle Ray’ to most Hong Kongers. He was honoured with a Silver Bauhinia Star last year, which is the second rank in the city’s Bauhinia Star honour system, and was recognised as the "World's Most Durable DJ" by the Guinness Book of World Records in 2000.

'Uncle Ray' first joined RTHK (Radio Television Hong Kong) in 1960 as Head of Light Music — he started his first show Lucky Dip, and along with subsequent shows, Ray was programming on air for 51 years. In addition to educating the masses with his deep knowledge of popular music, he conducted major interviews with leading bands and musicians including The Beatles, Cliff Richard, Tony Bennett, and Elton John. 'Uncle Ray' officially retired in 2021.

His funeral committee said in a statement, "It is with profound sorrow we announce the passing of Reinaldo Maria Cordeiro, also fondly known as Uncle Ray, at the CUHK Medical Centre on 13 January 2023, aged 98. His dearest family and friends bade farewell to him with a rendition of 'You’ll Never Walk Alone'."

Hong Kong’s Secretary for Commerce and Economic Development Algernon Yau shared, "I would like to express my sincere thanks to Dr Cordeiro for his lifelong contributions to the broadcasting industry, and extend my deepest condolences to his family. We will fondly remember him."

The city’s Culture Secretary Kevin Yeung said in a tribute: "Uncle Ray guided us in appreciating music with his sound professional skills, broad experience and friendly voice over many decades. He was a prominent figure in Hong Kong popular culture and our kind senior, making considerable contributions to the Hong Kong music scene. We are saddened by his passing and he will be remembered fondly."