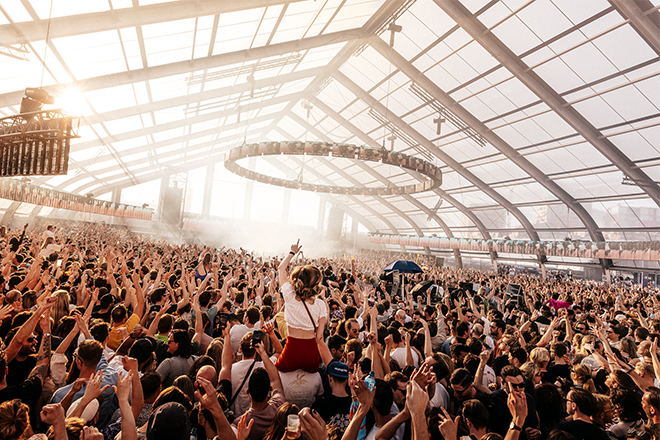 DGTL Amsterdam has announced the line-up for its 2023 edition, which will take place between April 7 and April 9 at the NDSM Docklands.

It is headlined by some of electronic music’s biggest artists, including Honey Dijon, Folamour, VTSS, Eris Drew & Octo Octa, Moderat and The Martinez Brothers.

Also on the line-up are scene up-and-comers, such including fka.m4a and Sedef Adasi, as well as local Dutch talents such as Ezri Jade and Olympe.

Read this next: New sleeper train launching from London to Berlin in May

Live sets will come from the likes of Ross From Friends, Sweely, Soichi Terada, Monolink and Satori.

“It’s a chance to show what genuine commitment to diversity and inclusion can produce, and give a platform to exciting artists from all across the spectrum,” she continued.

The festival will take place across three nights and two days, kicking off with the night edition on Friday April 7, with The Blessed Madonna, Passion Deez, TAAHLIAH & I. JORDAN performing, alongside a DGTL debut for Mura Masa.

Read this next: “The planet is our only dancefloor”: how dance music events are adapting to sustainability

Last year in 2022, DGTL Amsterdam became the world’s “first sustainable circular dance music festival”, working with the city of Amsterdam to implement a “doughnut economy”, whereby resources are not overused and waste is recycled into the system.

It will also continue its DGTL Safe(r) Project, which aims to create positive changes for the festival’s diversity, inclusivity and community programme, using data and feedback collected from last year’s edition.

Last month saw the second edition of DGTL India, which took place in New Delhi and Mumbai between December 9 and December 11.

Tickets for DGTL Amsterdam are on sale now via dgtl.nl.