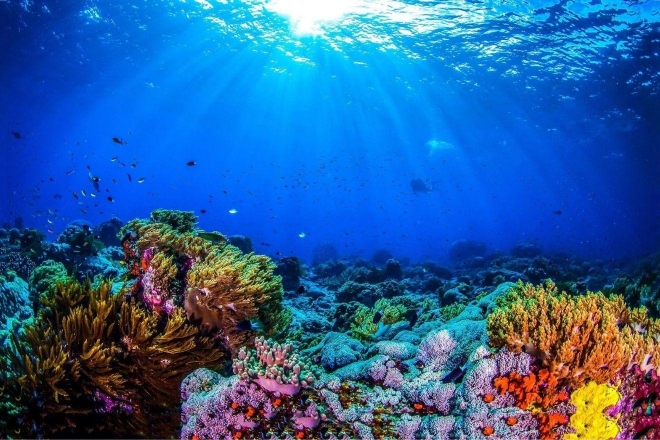 Technology truly does make the standards of living better, even under the ocean. Recently, researchers have used AI technology to learn how healthy or unhealthy a coral reef is through ‘reef songs’.

Much like an orchestra, the song of a reef is like a symphony that is created within coral reefs to attract marine inhabitants as a homing beacon to inspire a vibrant deep-sea ecosystem. Ocean scientists discovered that coral reefs are audiophiles quite much like we humans are. Their ecosystem runs based on song and sounds; mainly crackles, purrs, croaks, grunts and pops at different frequencies.

The melody created by the sounds dictates how healthy the coral reefs are and contributes to ‘reef songs’. Again, these sounds don’t exactly come from the corals themselves; they come from the shrimp, crustaceans, fish and marine animals. It’s what a healthy reef brings to its home; it’s their communities.

Over the past decades, many coral reefs have been impacted by environmental issues such as climate change, overfishing, pollution and more. Scientists have recently found a new way of regenerating these reefs by using AI to restore their health by learning their ‘reef songs’.

According to The Guardian, many countries are testing this method to recognize degraded reefs and bring them back to life. One of the success stories comes from the Mars Coral Reef Restoration Project in Indonesia.

Professor David Smith, Chief Marine Scientist for Mars Incorporated, explains that "When the soundscape comes back like this, the reef has a better chance of becoming self-sustaining because those sounds attract more animals that maintain and diversify reef populations."

Just last month we discovered that scallops love “disco lights” and now this. We wouldn’t be surprised if there’s some sort of silent rave happening underwater unbeknownst to us on land.

Listen to the reefs come back to life in the video below.