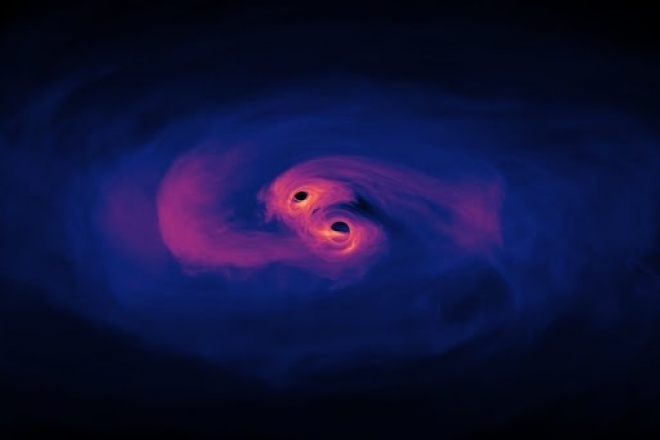 Ever wondered what the void sounds like? NASA has just released an audio recording from inside a black hole - the largest in the universe.

From inside the Perseus black hole, listeners are invited to listen to the ripples of sound remastered for the human ear by NASA, which is also said to feature the ‘lowest note in the universe’.

The ‘sonification’ of the Perseus black hole was released in spite of a “common misconception” that space lacks sounds, typically thought to be silent.

Read this next: Sound on Mars travels at two different speeds, NASA reveals

"The popular misconception that there is no sound in space originates with the fact that most of space is essentially a vacuum, providing no medium for sound waves to propagate through," NASA said.

“A galaxy cluster, on the other hand, has copious amounts of gas that envelop the hundreds or even thousands of galaxies within it, providing a medium for the sound waves to travel.”

The audio recording was ‘resynthesised’ for the human ear as part of NASA’s Black Hole Week celebrating and educating on the colossal voids.

Read this next: What do black holes sound like?

“The sound waves were extracted in radial directions, that is, outwards from the centre. The signals were then resynthesised into the range of human hearing by scaling them upward by 57 and 58 octaves above their true pitch,” NASA explained.

The space administration compared that to a scale-up of 144 quadrillions to 288 quadrillion times higher than their original frequency.

“The radar-like scan around the image allows you to hear waves emitted in different directions. In the visual image of these data, blue and purple both show X-ray data captured by Chandra.”

Listen to the resynthesised sound of the Perseus black hole below.