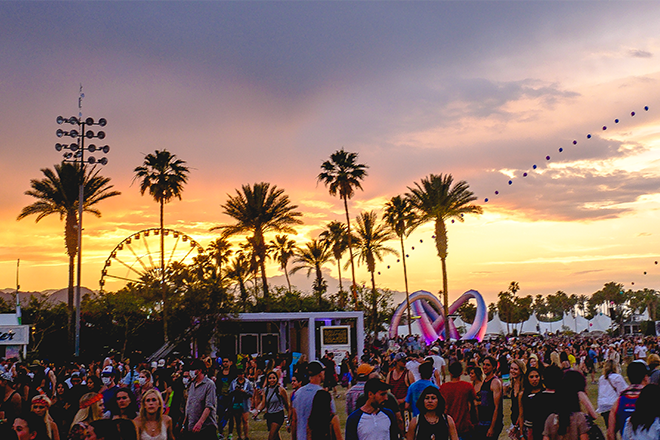 Coachella Valley Music and Arts Festival has renewed its partnership with YouTube, meaning fans at home will continue to be able to stream the festival for free.

The festival (part of events company Goldenvoice) and the streaming giant have partnered for over a decade, with the upcoming April edition marking the 11th year viewers have been able to watch sets, interviews and coverage on YouTube, via YouTube’s own blog.

On top of live streaming sets, there will be behind-the-scenes coverage on YouTube Shorts, as well as Live Chat functions and playlist integration on YouTube Music.

Commenting on the partnership renewal, the President of Goldenvoice said: “Our partnership with YouTube brings Coachella to everyone around the world.

“The 2023 lineup sees performers from Brazil, France, Iceland, India, Jamaica, Nigeria, Puerto Rico, South Korea, Spain, and beyond, and bringing international fans closer to their hometown artists is important to our team.”

Lyor Cohen, the Global Head of Music at YouTube said in a statement: “It’s an absolute honor to continue our partnership with Goldenvoice to bring the magic of Coachella to music fans around the world.

“Our shared passion for innovation and connecting artists with their fans through multiple formats is the foundation of this decade-plus partnership,” he continued.

Read this next: South Korea set to host Woodstock in July this year

“Coachella reminds us of what’s fun and special about YouTube and every year leaves us more inspired for the next.”

The 2023 edition of Coachella will take place over two weekends, with the first running from April 14 to April 16 and the second the weekend after from April 21 to April 23.

It will be headlined by Bad Bunny, BLACKPINK and Frank Ocean, as well as a first-ever live show from Jai Paul taking place on the Sunday.

Björk, The Chemical Brothers, Yaeji, Kaytranada, Overmono and many more will be bringing the electronic sounds to the festival.