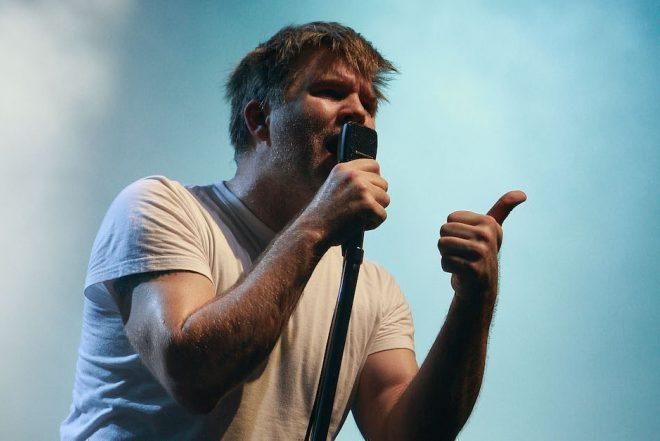 In a new interview with MusicRadar, LCD Soundystem bassist Tyler Pope opened up about the band’s earliest inspiration and working on solo music.

With a nod to Daft Punk’s 1997-released debut album ‘Homework’, Pope spoke about the influence behind both LCD Soundystem’s earliest tracks and those of his formative funk-rock band !!!.

“When I started with !!!, we all moved to New York and I was foundational to the beginning of the band,” he told MusicRadar. “We were punk, playing around doing punk tours, but we were also as open-minded as we could be.”

Read this next: Daft Punk share rare, unmasked video of ‘Rollin’ & Scratchin’’ from 1997

He added: “We started listening to funk, soul and more groove-based music and that led to the first house music record that we liked, which was Daft Punk’s ‘Homework’.”

Pope also spoke about the impact Daft Punk had on LCD Soundsystem, forming hits including ‘Daft Punk Is Playing At My House’, and driving the inspiration behind the band’s earliest works.

“I know that the Daft Punk guys were also in bands before they started making electronic music, so maybe the spirit of that translated into ours,” he said. “Electronic music was never my thing until Daft Punk came along.”

In 2017, LCD Soundsystem came back together to release their fourth studio album after an extended hiatus and a 2011 farewell show at New York’s Madison Square Garden. Since then, the band has slowed its musical output releasing just one single and a live album in the years following.

In Pope’s recent interview with MusicRadar, he also opened up about the electronic outfit’s hiatus, and going solo on new projects. “It was only after I did the last LCD tour and the band broke up after playing at Madison Square Garden that it felt natural to start making my own music,” he said.

“James from LCD was actually quite fundamental when it came to giving me a nudge to do something on my own. At the end of the ‘American Dream’ tour, he said I should make an EP only using one drum machine and a synth.”