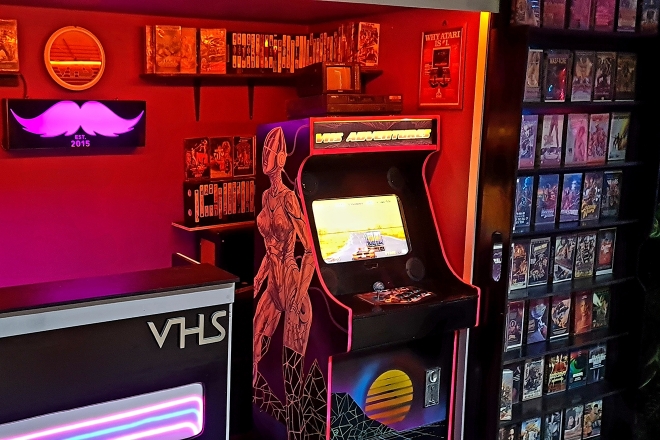 Bangkok just won't quit. Last weekend saw the opening of a new superclub for house and techno called V12, and this week offers us another destination for music fans of the beloved sub-genres. On Thursday, March 25, VHS will open its doors for the first time and welcome partygoers for three nights of events in a row.

The space may not be new to Bangkokians — nestled in the walking soi that connects Sukhumvit 13 and 15, VHS finds its home in a space that has been through many iterations over the years: Space 999, Club 15, Rex and previously even operated as some type of fetish dungeon. What makes this version different is the team they now have in place as well as the overall concept and direction.

After the first wave of lockdowns resulting from COVID-19, the owner Jean Marc was struggling to find the venue's identity, so he reached out to one of Bangkok's nightlife centre-men Fred Canal and VHS was born. Fred is not new to the nightlife circuit either, having started his DJ career in the 80s and getting involved in the very beginning of France's rave scene. Arriving in Thailand in 2013, Fred was hired as music curator for FICO group working with Maggie Choo's and Hyatt Regency, eventually becoming one of Sing Sing Theatres top resident DJs.

Fred brings a vision spanning five decades of clubbing now: "We want to focus on quality music. The club capacity is only 250, which I believe is ideal in this difficult time for nightlife. I want to present something that will talk to the youngest clubber but also to people who used to go out every weekend but maybe are not able to do so anymore".

The design? Crafted by none other than Lud, famous for his stage builds from Kolour in the Park, the notorious Owl stage from Mystic Valley Festival and others including Fly Me To The Moon. The team is keeping the design a tight secret, for now, mentioning only that "you enter a vintage video club from the 80s, hence the name VHS, and that once you found the secret door, you enter a magic world dedicated to parties with a festival vibe". 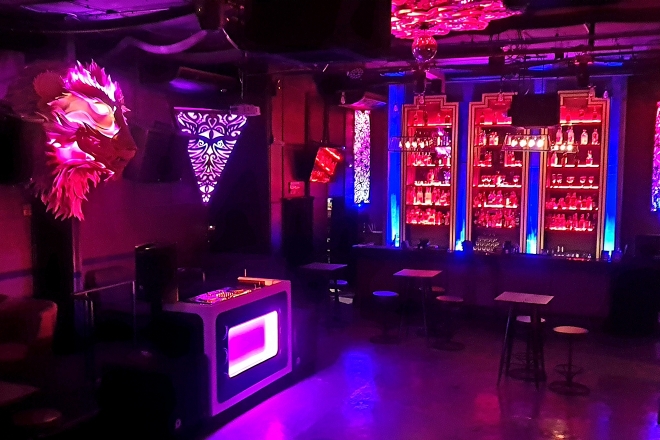 If that wasn't enough to pull you in, VHS will also be the new home of Mustache Bangkok every Friday and Saturday night. As the gateway club for partygoers seeking to expand their musical horizons, Mustache has become a home for all fans of house and techno and the place where many of the city's DJs and promoters got their start.

Olivier Alexandre, also known as Mr. Mustache, decided he needed a new home after COVID forced him to close his doors for several months, after which his landlord increased the rent. Seeing VHS in the centre of Bangkok, and just around the corner from where he hosts his Mustache Takeover events at Hyatt Regency, he saw the increased opportunity to shuffle his crowd between venues in the heart of the city.

"VHS looks absolutely stellar as a club and together, our brands will aim to reach new heights", Olivier says. "VHS appealed to me because I felt it was about time for me to be 'in the scene' or rather 'bring the scene' to people in the heart of the city and once I got the opportunity to do so, I pulled the trigger and as of now, I can't wait to see what the future holds."