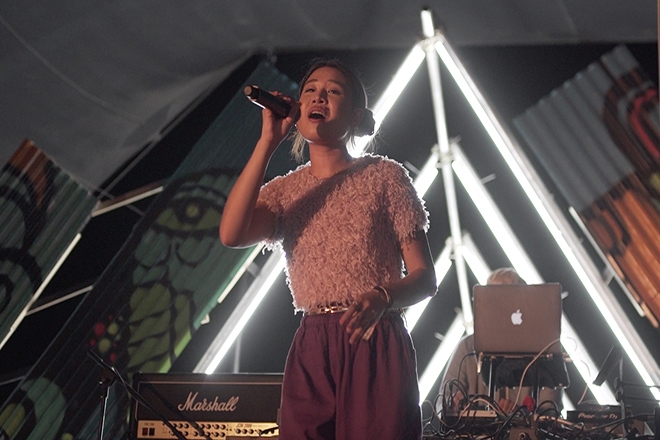 She’s certainly no newcomer to the music scene in the Philippines, but her recent developments as a singer and song-writer have propelled her across the region and beyond. August Wahh is a young talent who has shared the stage with the likes of Taylor McFerrin and Fred Wesley, and she’s also opened for Erykah Badu.

She made her performance debut with crwn at Wonderfruit in Thailand this past weekend together with fellow-Filipino crwn, whose skills as a DJ and producer have helped nurture a new wave of sounds and artists in the scene.

After releasing her soul to receptive audiences across around Manila for the last few months, and following the well-received release of Labyrinth, a collaborative EP with DJ and producer crwn, she finally drops her first solo release, ‘Know What I Want’. The single oozes of sensual and sultry R&B vibes, with just the right amount of crunch and attitude to back it up.

With so much momentum picking up around her, expect a big year ahead for August Wahh in 2020. Listen to her latest single below