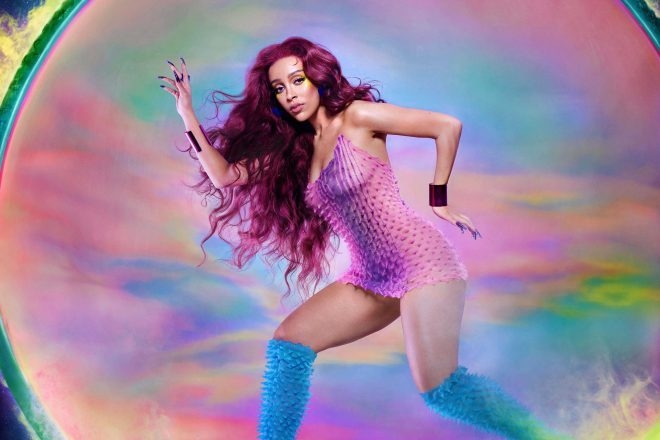 Rapper and pop star Doja Cat has hinted that there could be a 90s techno influence on her forthcoming album.

Unlike Beyoncé and Drake, who have recently dived into the world of house music – Doja Cat has shared her interest in German rave culture.

Read this next: Drake has dropped a surprise house music album

She added that she and her collaborators “have so many ideas” when it comes to her new album with the “challenge” being how to “mak[e] those ideas consistent”.

Speaking on the outburst that dance music has had on popular music she says: “I know that’s kind of the trend at the moment but I loved that stuff as a kid and now that I can express it (obviously, I couldn’t buzz my head and wear a furry bra and have a belly button piercing back then), I’m sort of embracing that. That’s kind of a hint to the album. Rave culture, not house.”

However, earlier this year Doja spoke with Elle about the new album saying it would be “predominantly rap” but claimed that she had “not started” making the album at the time.

Read this next: Kelis claims she was sampled without permission on Beyoncé’s new album ‘Renaissance’

Doja's most recent album, ‘Planet Her’ that came out last year made it to number 2 on the Billboard 200 albums chart with songs such as ‘Get Into It (Yuh)’ and ‘Kiss Me More’ featuring SZA going viral on TikTok.

In May, Doja Cat cancelled all her 2022 live dates such as festival shows and her tour with The Weeknd, to recover from tonsil surgery.

Doja took to Twitter to post details on her tonsil, explaining that they got affected at the Billboard Music Awards 2022 as well as revealing that she suffers from nicotine addiction as she is trying to avoid vaping.