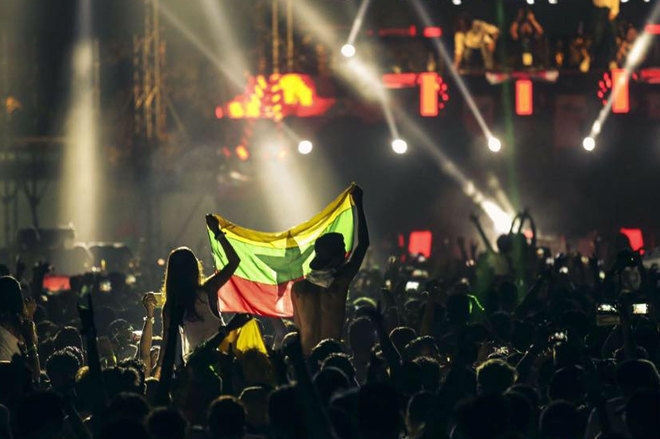 Very few details have been revealed thus far but what we do know is the two-day event will take place in Yangon and run concurrently with the Bangkok edition on December 10th and 11th.

We also know that the Bangkok show is shaping up to be its biggest yet, with the two-stage event expanding to two days for the first time.

What we hope will happen is that at least some of the artists booked for Bangkok will play in Yangon and vice versa.

The festival also happens on the same weekend as Zoukout in Singapore and Djakarta Warehouse Project in Jakarta, so there’s always a possibility that some of those artists will make their way over to Bangkok and/or Myanmar. It happened last year…

Well keep you updated as information trickles in and you can also follow the event on Facebook here.