Steffi Sturm learned how to DJ behind flimsy plastic tables at house parties, a familiar trial by fire for most selectors. Years into honing her skills, she later found her way behind the booth at Brussels’ Bruzz 99.8 FM, hosting a regular program under her stage name UNOS.

Steffi was born in Brussels, but her family has origins in Surigao, a province in the southern part of the Philippines. While her musical foundations are mostly European, she reconnected to her roots through the Southeast Asian label Darker Than Wax, where she met fellow Filipino artists similarobjects and Tropical Futures. In 2019, they curated and released the first volume of the Tropical Diskoral compilation while touring different venues in Manila. Featuring work from Filipino artists such as LUSTBASS, Pamcy, and Tarsius, Vol. 1 was an eclectic showcase of the local scene, spanning genres from trip-hop, to house, to neo-soul. 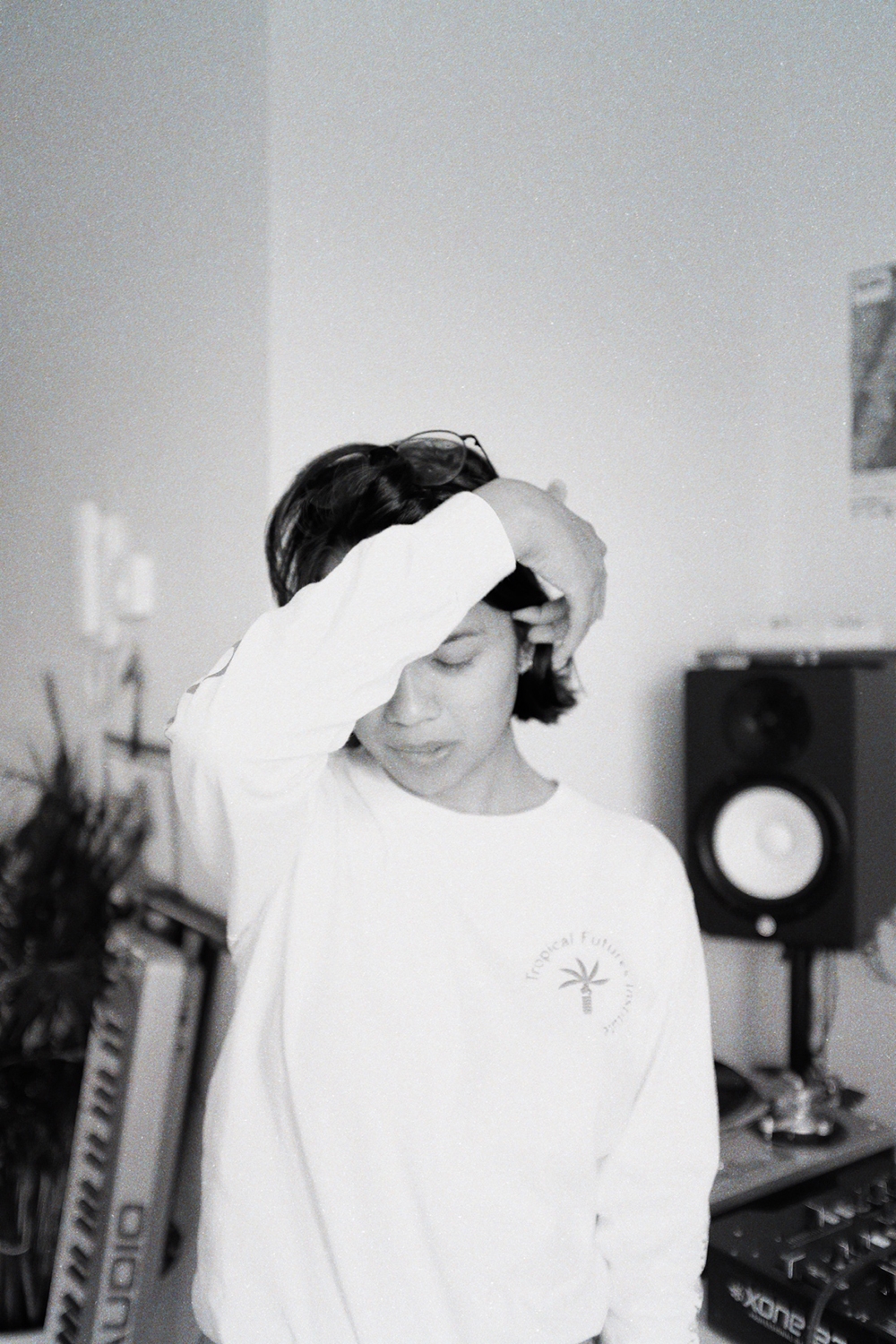 “The core aim of the project is to celebrate and encourage Philippine artists to create music on their own terms. The project was also a means for me to reconnect with the homeland and share my findings globally.” UNOS admits that as someone who grew up in Belgium, she still has an outsider’s perspective of Filipino music, but her digging and exploration led her to a deeper sense of respect for how expansive the Filipino sound has become.

In December 2020, UNOS released the second volume of Tropical Diskoral, with a tighter lineup of tracks from Manila-based producers LONER, Lui., and VVVV. Vol. 2 is considerably shorter than its predecessor, but each track is thoughtfully crafted, packing their own unique punch. 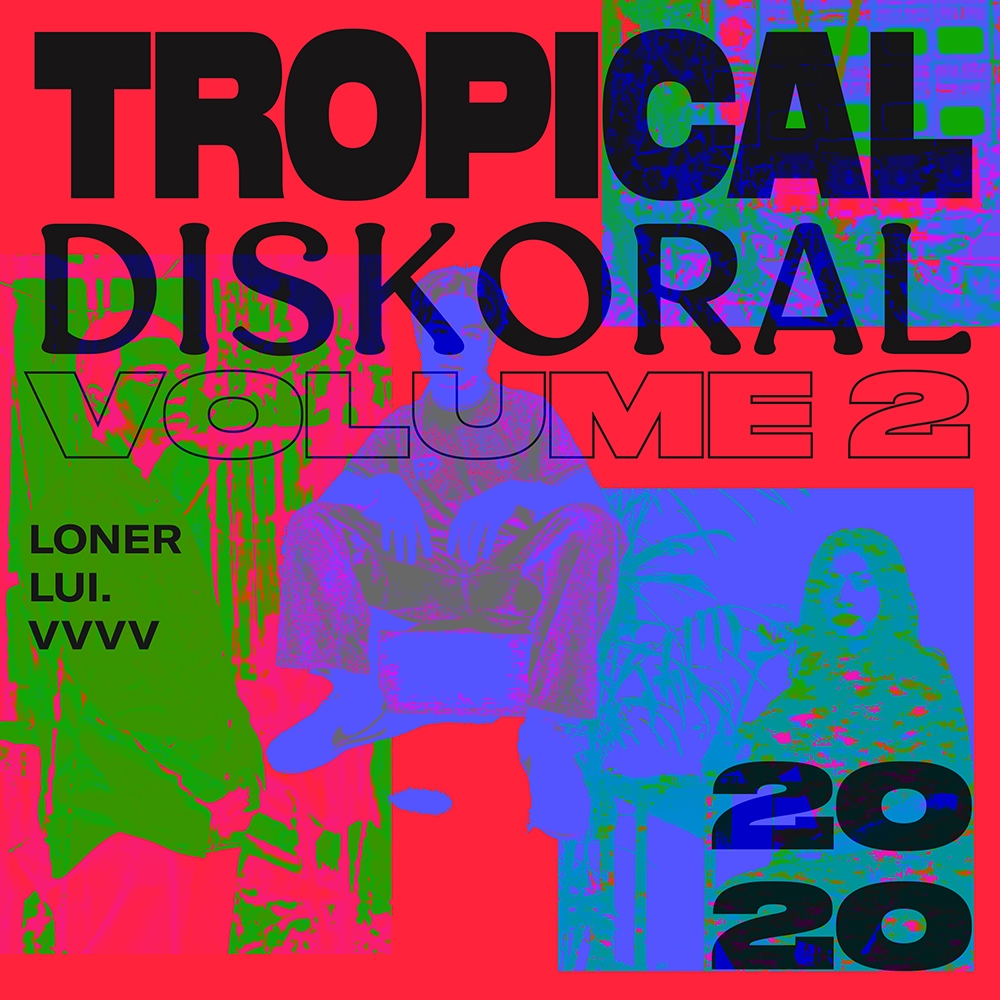 The compilation opens with ‘Craving It’, a bass-laden footwork number by LONER. Chopping up the sound byte “Product of the money, I’m craving it”, LONER channels his inner Rashad. He harkens back to the big-city origins of footwork while injecting his own signature laid-back cool.

The second track, ‘Pista’ by Lui., treads the line between joyous and introspective. While trying to reckon with his cabin fever, Lui. created an immersive soundscape sampling Filipino kulintang fills, meant to replicate the feeling of being in the heat of the action of a festival, particularly a gig he recalls in the historical district of Manila.

VVVV’s entry ‘Malikmata’ closes out Vol. 2 on a dark and gritty note, a rhythmic protest of sorts. “My style is an amalgamation of how I see things and feel in real life. My inspiration is mainly and will always be my emotion, so somehow all my works are personal. This particular track is the sound of my cry and grievance towards the social injustices we are experiencing in the PH mixed with my personal anxieties and insecurities.” VVVV notes.

With 2020’s edition of Tropical Diskoral out, UNOS hopes to make the compilation a yearly affair alongside her own projects as a DJ and producer. She shares that she was first inspired to make music by the LA-based producer Tokimonsta. “Back then there wasn’t a lot of visible representation of women of colour who made electronic music, so seeing someone like her really opened up my musical world.” Identity plays a big part of her musicality, even outside of Tropical Diskoral. “With UNOS, I want to make danceable, honest music that celebrates life.”

Right now, her biggest inspiration is ballroom music, a genre that gives her a sense of pride as a queer woman of colour. Her selections vary from dark left-field techno to soulful jazz-house, consistently featuring tracks and guest mixes from Filipino and Belgian artists alike. Currently working on a release with Darker Than Wax on the second iteration of their Bodyclock compilation along with her own upcoming EP, UNOS is also keeping busy behind the scenes for the upcoming Champion Sound Beat Battle, a beatmaking competition led by Aso Asin.

The Philippines tends to fly under the radar in the world of dance music, DJs like UNOS aim to change that by making music that celebrates diversity over homogeneity and giving Southeast Asia its due on Western airwaves. Representation can mean a lot of things. While to some it might seem like ticking boxes, to many it can carve a path for better things to come.

Tropical Diskoral, Vol. 2 is available for purchase on Bandcamp here.