The pandemic has hit the Philippines hard with the situation worsening each day. Seven months in, the country now has the highest cases of COVID-19 in Southeast Asia and the longest lockdown in the world. Yet despite the numbers of cases continually rising, the government still hasn’t provided an effective solution to help contain the virus, leaving thousands of Filipinos jobless, hungry, and unable to imagine an optimistic future.

One of the industries devastated by the pandemic has been the local music industry. Many music spaces such as bars and recording studios have announced closure, musicians rarely get paid gigs online, and streaming revenue barely even covers the cost of living expenses. This is exactly what a bleak future would look like for any artist trying to pursue music. Moreso for younger artists who were just beginning to make a name for themselves. 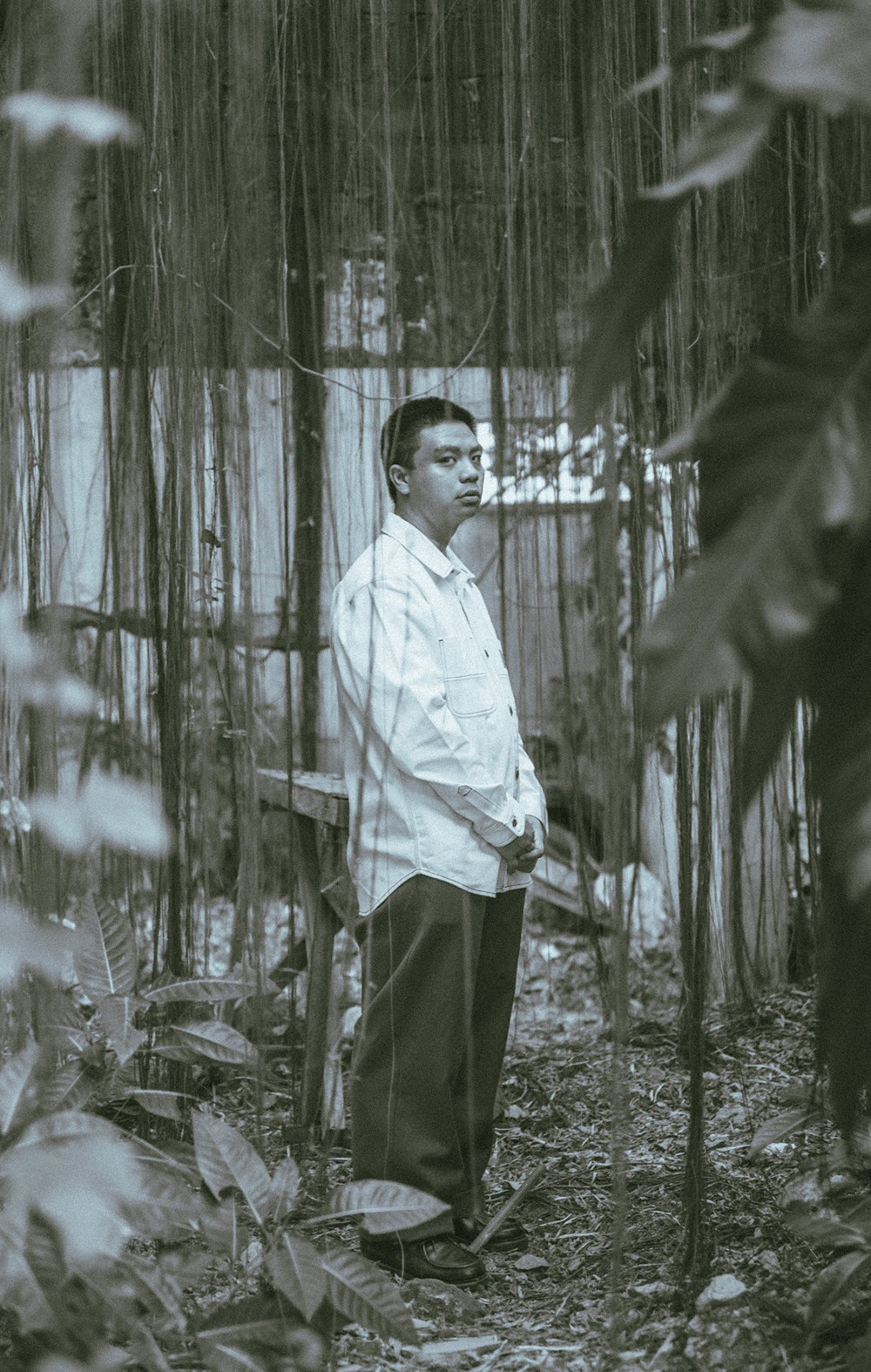 This is especially true for 22-year old producer lui., also known as Javier Pimentel or by his DJ moniker Papa Jawnz. Since 2016, he has been making rounds — producing his own electronic music, as well as DJing in various clubs around the metro. He has also shared his talents with Buwanbuwan Collective and Filipino label Transit Records. And now fresh out of college and eager to take on the world, his dreams have been put on pause.

“I’m sure a lot of us are experiencing this, most of us have been trapped at home and at this point we’re all questioning a lot about ourselves. I’m at the crossroads of figuring out what to do with my life. Can I even get a job? Should I even be picky about the jobs available during a pandemic? It’s a lot of thinking about what my next plan is. It’s also me being more aware of what’s happening outside politically. I’m very fortunate that I can stay at home but a lot of people aren’t. I guess with the time I have now, I’m trying to examine my situation and see what’s happening in the greater political spectrum and figure out something I can do about it,” lui. told Mixmag Asia.

On his debut EP, Sun in My Window, he reflects on a world untarnished by the pandemic, retrospectively looking into experiences he missed because of the drastic change, such as going to the beach with friends, planning events with fellow musicians, or simply just hanging out at his favourite music venues. The unconventional producer combines nostalgia with his inspiration from a wide array of genres — ranging from 90s boom-bap and world disco, to ambient music and house — to bring the soundtrack to what could have been a great 2020.

“I was just trying to translate to music how it would have been to be with my friends, how it would have felt. There’s nostalgia there, remembering all the plans, how it would have happened. It’s been six, almost seven months. The third month into the pandemic around May or June, and I was listening to a lot of ambient music—that was the point I realised that okay, you know we’re really just stuck here. Garden Meditations [the second track] is related to that, and the other three on the EP are mostly about the experiences I lost because of the pandemic, I’m just trying to translate it musically. If I were to score how my summer would have been and how I would have spent it--this would be it,” he said.

He hopes that through his music, despite everything that continues to go down in the country, people who are left hopeless by the pandemic can feel that sense of comfort he tried to emit.

“It’s a very warm sound, even when things feel really shitty, I hope that my EP conveys a somewhat warm hug--basking in the sun, trying to be a bit more positive on things even life is this way it is right now. Even if things are bad, we need to know that it will get better. Especially to my friends I haven’t seen, I hope they somehow feel that I’m with them somehow,” he said.

Listen to 'The Sun In My Window' by lui. below:

'Sun In My Window' was released on September 30 2020 via Transit Records. Listen to it in its entirety here.