If one were to put together a list of pioneers in Asian dance music, there’s little doubt most would consider Shinichi Osawa to be a name to add to that list. I say most because almost certainly Shinichi himself would object to being listed as such, and very much did object when we interviewed him in 2015.

Shinichi Osawa’s career has taken him around the world with his band Mondo Grosso, and again as a solo artist under the same name. In the 2000s he began releasing music simply as Shinichi Osawa, as well as producing hits for some of the biggest Japanese artists of the day. Shinichi’s focus was not affixed solely on Japanese audiences, however, as he remixed and produced tracks for international artists such as Felix da Housecat, Digitalism, BOYS NOIZE, BENNY BENASSI, ALEX GOHER and more, reaching a western audience which at the time wasn't that common for an Asian artist.

These days, after an epic three decades of work, you could find Osawa kicking it in his own vinyl music bar, or hosting a monthly radio show on block.fm with his current music partner RHYME, or even behind the deck of any number of events running in Japan and abroad that takes quality DJs as Osawa shows no signs of slowing down. We’re here to track some bigger moments from the humble hero’s journey from bassist to DJ extraordinaire.

Mondo Grosso was formed in 1991 by Shinichi Osawa at 24 years old.

The name means “big world” in Italian — using a fancy schmancy Italian name was fashionable at the time, trust me, and totally illustrated the young musician’s hunger for global greatness.

The first album was self-titled and was an acid jazz delight, part of the wave of acid jazz sweeping the world at the time. Osawa was a multi-instrumentalist, song-writing dynamo for the band, which saw its songs played in clubs all the way over in London, ground zero for acid jazz. The band was a decent success, getting international tours and coming out with an album of live performances through Europe titled The European Expedition. The same year, the group came out with Born Free, a jazzy LP that was received well. The sky seemed the limit for the group, and Shinichi seemed to have found a formula that worked. As such, like most artists are driven more by the need to create original and inspired work, rather than continue down the path of creating successful jazz albums, Osawa broke it down with his next project, Closer.

Until now, Mondo Grosso was the band Mondo Grosso; a group. In 1997, Shinichi Osawa took the mantle upon himself and waved goodbye to the band format. Working with American artists such as singers Stephanie Cooke, Zhana Saunders and Japanese American actress, singer, and songwriter Monday Michiru, Osawa crafted an album more in tune with RnB and soul than his previous jazz works. As he experimented and developed his skills behind the boards as a producer, Osawa produced local artists such as UA, Chara, and the aforementioned Monday Michiru. Through the work he did in this period, he worked RnB into the fabric of Japanese music as a counter to the J-pop mainstream. This paved the way for his next great success as a producer with another local singer.

In the 1990s, the young singer Yuki Kitayama, better known by her stage name bird, was making the rounds of the Osaka jazz clubs, making something of a name for herself as a talented performer. It wasn’t long before she came to the attention of Osawa, who was looking to start his own label. The two got together in 1999 to create the album Bird, featuring bird laying soulful, jazz-infused vocals over music and beats arranged by Osawa. The work was the culmination of Osawa’s experience throughout his jazz years to his RnB productions, while allowing him to also flex his newfound production muscles on the beats side. The genre was a kind of jazzy dance music that straddles the line between traditional instrumental musicality and electronic production. The pair released the album on Real Eyes, Osawa’s own label, to resounding success. The album went on to sell more than 700,000 copies and earned both performers accolades and recognition within and without Japan. This surge in popularity for Osawa led to the international release of his next album, MG4 in 2000. MG4 was released in 25 countries around the world and served to establish Shinichi’s Osawa’s as one of the great producers of Asia — whether he likes it or not.

Like his contemporaries, such as the esteemed Ryuichi Sakamoto, Shinichi Osawa is always looking to find new and interesting ways to express himself. Genius never sleeps. In 2007, Osawa released 'The One', an electro departure from his earlier works, laden with techno beats wherein Osawa fully embraces the electronic side of things. He continued to collaborate with international artists outside of Japan for vocals as he branched out creatively. This is all the while he was performing live DJ sets, in Japan and abroad, by the way. Oh how far he had come from his days playing bass in an acid jazz band… It includes a banging cover of the Chemical Brothers’ 'Star Guitar'.

He continued down this electronic trajectory with his next release under his own name, SO2, in 2010. These years have been formative for his newfound sound and love for electronic music, migrating from his previous electro releases into house-ier territory. The video clip for one track from the album, SINGAPORE SWING, depicts a rather invasive version of an alarm clock.

Beginning in 2014, Osawa began teasing a new music project. At least, that was the year he made any mention of it by name on his Facebook page. The first teaser for the project was released on YouTube in 2013. Bits and pieces, hints and teasers were dropped like cryptic breadcrumbs that an eager audience followed and gobbled up like emaciated pigeons. The project was titled Thousand Tears Orchestra, and for a long time, details were lacking as to what exactly the project entailed. However, Osawa provided clips of some of his biggest hits remixed with orchestral strings from his private orchestra project. The project has developed over the years as being an intriguing mix between the traditional and the modern. Osawa’s signature beats and sounds are being texturized with orchestral arrangements in a way that makes it sound as natural as if the respective mediums of traditional instruments and computer-generated sounds had been developed simultaneously for thousands of years. In 2018, Osawa’s breakaway hit 'Labyrinth' got a release on the album Attune / Detune with the Thousand Tears Orchestra, as an instrumental. To date, this is the only immediately obvious release involving the mysterious, private orchestral project. 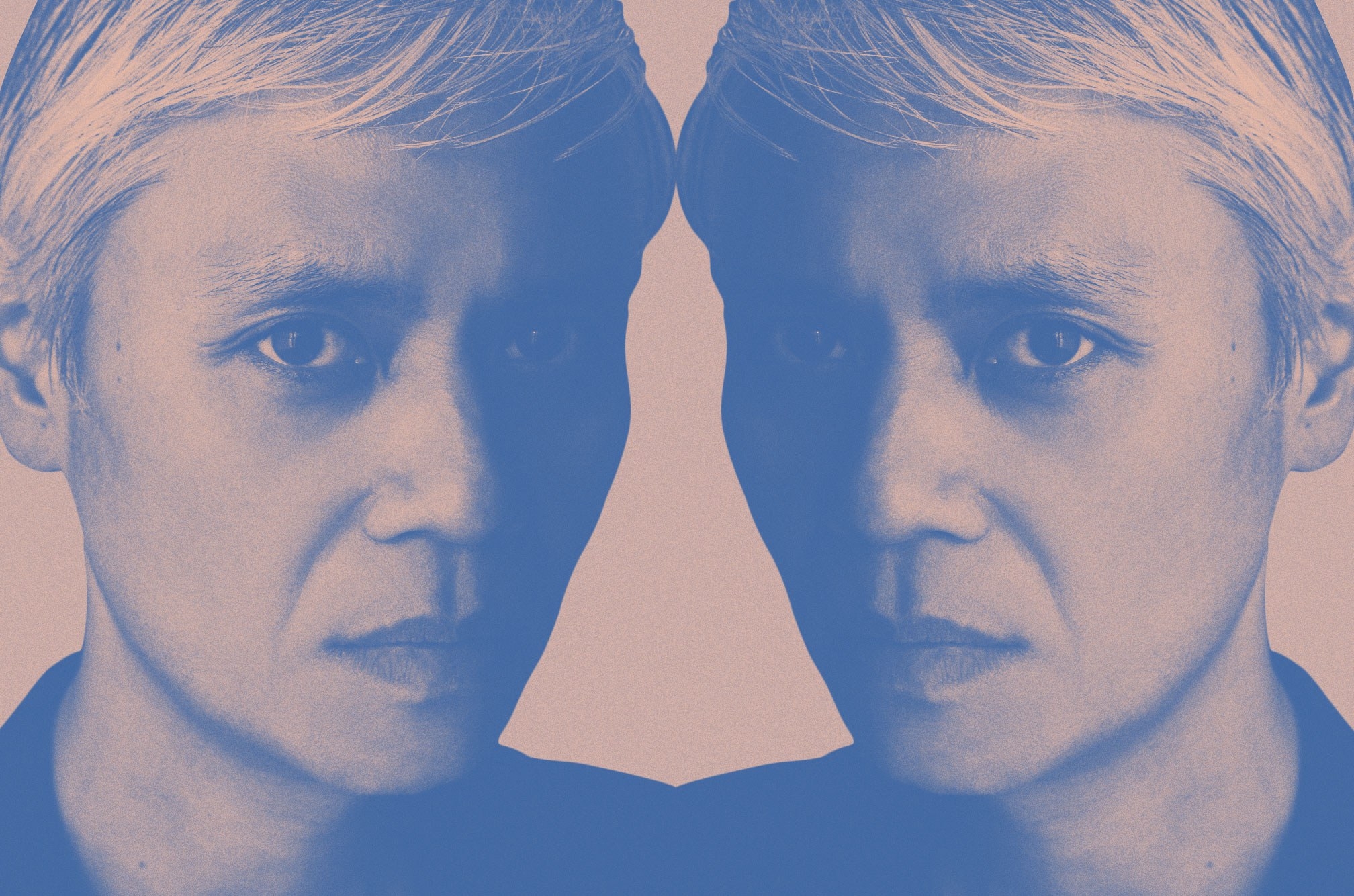 In between crafting his own mixes and tracks, collaborating with big names from around the world, producing albums for others and all of his busy music work, Shinichi Osawa likes to relax. As does any person. How does a musician like to relax? In a perfectly designed music bar surrounded by thousands of records for that musician to pick up and play any time he or she wants, of course. Does such a refuge exist in the world? If it didn’t before, it does now! Or at least, since September 2014, when Osawa, in partnership with coffee producer Nobuhiro Toriba, opened Ginza Music Bar in the Ginza district of Tokyo. The bar attracts a number of well-known DJs, including Osawa himself, to perform on occasion, as well as providing a musical haven for fans of all kinds of music to enjoy the rich tones of vinyl discs spinning all night long. This just goes to show that Osawa isn’t limited by the puny lines that separate mediums such as electronic music and physical reality, definitely not.

Then the worst happened. On July 31, 2020, an announcement was posted on the GMB webpage: “GMB IS DEAD”. Another victim to COVID19, the bar had closed its doors for the foreseeable future. What they did not foresee, however, was that just one month later on September 1, GMB would be reborn and would open for business that same day. A happy ending in these troubled times! 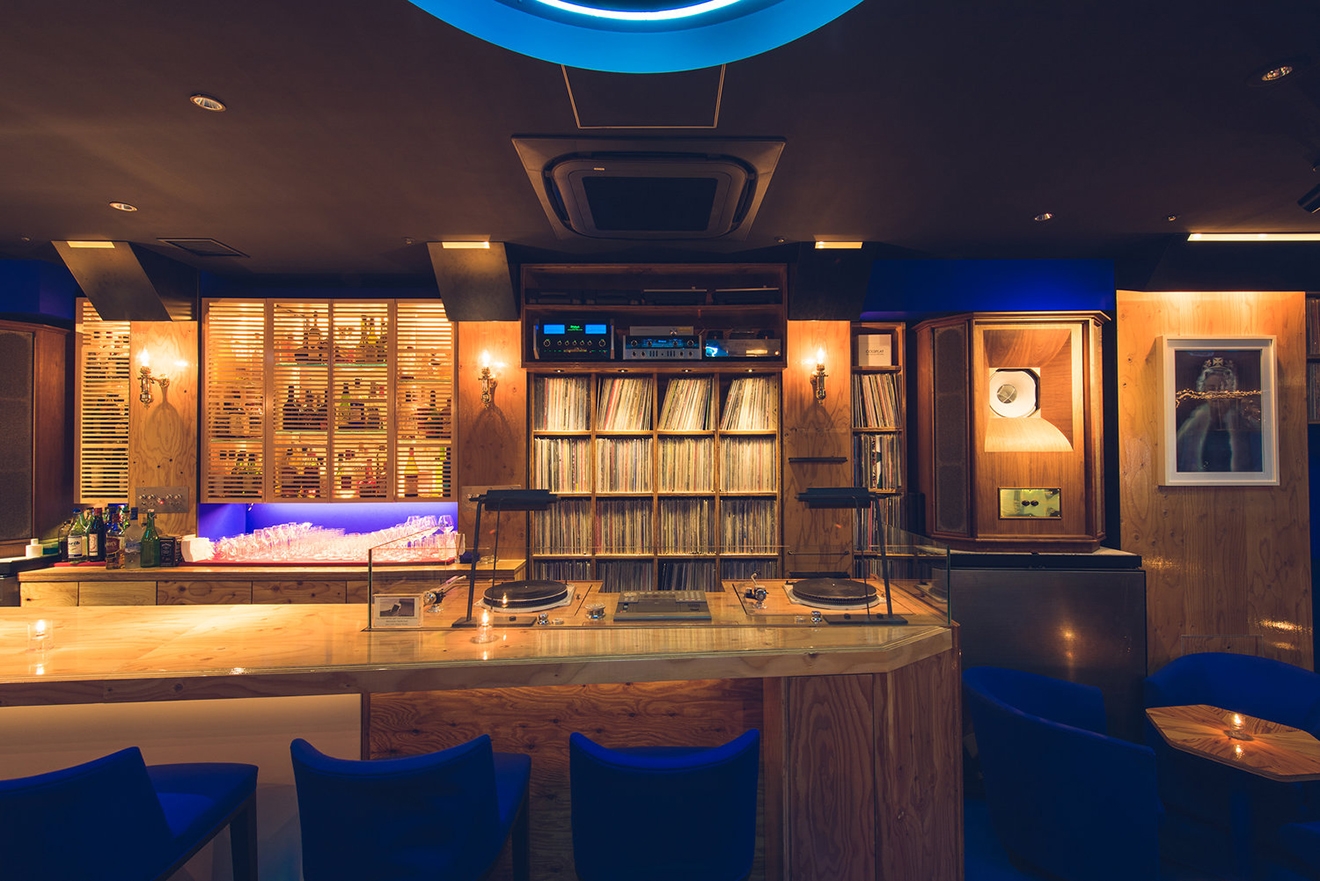 Osawa continues to be cooking with gas after a career spanning three decades, as he collaborates with vocalists the likes of Hikari Mitsushima, the Japanese singer and actress. Their 2017 song 'Labyrinth' features a music video wherein Mitsushima dances her way through a street market at night that has been exceptionally popular with more than 30 million streams on YouTube alone.

The hit manga series Banana Fish follows the relationship between Ash Lynx, a teenage gang leader in New York City, and Eiji Okumura, a Japanese photographer's assistant. The manga originally had the story take place in New York City in the 1980s. Shinichi Osawa was given the responsibility of soundtracking the anime adaptation of the story, giving him the ability to translate his auditory experience into a pairing with a visual medium. The soundtrack is evocative of the grimy underworld of a city inhabited by criminals with hopes and dreams, making their way in a world that wants little to do with them. Perfect cops and robbers stuff.

A more permanent collaboration can be found in Osawa’s pairing with Australian vocalist, DJ and poet RHYME — the future pop duo goes by the name RHYME SO. The pair released their debut single 'Just Used Music Again' as part of 88rising's compilation Head In The Clouds II.

In 2021, RHYME SO was the first act to break in 88rising’s sub-label 88INFINITY with their single 'POSEABLE' in July, which has garnered a respectable million views on YouTube.

Shinichi Osawa’s career has been one of innovation and imagination, something that seems to be common among the greatest Asian innovators on the forefront of electronic music. Blending musical genres and never shying away from trying new technologies and concepts has led to Osawa being considered one of the most influential Japanese musicians to date. And his career shows no signs of slowing down.

One thing is for sure; even as more time goes by, it’s impossible to predict what might come from the talented, diverse, creative mind of Shinichi Osawa — truly an icon.