With more than 20 solo albums produced over the course of forty years, notwithstanding his band contributions and film scoring work, Ryuichi Sakamoto is clearly a workaholic. His music has had a far-reaching influence throughout electronic music and hip hop scenes since he started experimenting on synthesizers such as the Buchla, Moog, and ARP at his university in the early 1970s. Originally studying ethnomusicology at Tokyo National University of Fine Arts and Music, Sakamoto has displayed a voracious appetite for sounds that stem from every corner of the natural world. In 2008 Sakamoto travelled with 40 other artists of various disciplines and scientists to the Arctic near Greenland, where the enigmatic musician recorded the sounds of the melting ice. In 2009 he was named an Officer of the Order of Arts and Letter, France’s highest cultural honour. Is there nothing this man can’t do? How did it get to this point? How did it all begin? Where am I?

In an attempt to answer some of these questions, we’ve compiled a list below of some of the bigger moments of Ryuichi Sakamoto’s life and how they relate to the bigger picture.

In order to grasp the full extent of Sakamoto’s reach and influence in the world, we must of course go to the origin of his international stardom; that is to say, the formation of Yellow Magic Orchestra in 1978. The three-piece electronic music band consisted of Haruomi Hosono (bass, keyboards, vocals), Yukihiro Takahashi (drums, lead vocals) and Ryuichi Sakamoto (keyboards, vocals). At the time, Sakamoto was already 26 years old and, like his bandmates, a veteran of the music scene. While the original concept for Yellow Magic Orchestra was designed by Haruomi Hosono, the group developed naturally out of collaborations between the trio. Each member of YMO were accomplished session musicians by the end of the 1970s; such people tend to mix and mingle as they play a live show here and fill in there, until suddenly one finds one has a group that gels together like cheese and crackers. Sakamoto first worked with YMO band leader Hosono as a member of his Hosono’s band in 1976; meanwhile, Takahashi had recruited Sakamoto to produce his debut solo recording in 1977. The trio released their first full album together under the moniker Harry Hosono and the Yellow Magic Band in April of 1978, which was originally intended to be a one-off. Later that same year, the trio found each other again and decided to officially form a band and began working on their debut, self-titled album for Yellow Magic Orchestra, released in November 1978. This set the trio on the path to international cult fame and the rest is history.

With the details of Sakamoto’s original claim to international fame out of the way, it’s time to also point out that Sakamoto was, and is, an individual that had to be constantly creating. After recording with the first iteration of YMO in early 1978, and before recording the first album for the official YMO brand, Sakamoto composed and recorded his own solo album. It was his first solo work and featured a collaboration with his future bandmate Haruomi Hosono. This album, titled Thousand Knives of Ryuichi Sakamoto, is a precursor to all of the wonderful, imaginative and innovative experiments that would characterise a lifetime of work. The first track demonstrates Sakamoto’s interest in politics, as it begins with Sakamoto reading Jinggang Mountain, a poem written by Mao Zedong during his visit to a well in the Jinggang Mountains in 1965, with a vocoded effect. 'Island of Woods' is a synthesized ambient experience that attempts to imitate or infer the natural sounds of an island. Sakamoto’s connection with nature and natural sounds would lead to some fascinating innovations throughout his career. This is followed by a classical piano piece titled 'Grasshopper' that pops and bounces along. That is all before you acknowledge the sheer funkiness of the electronic beats that pervade the opening track and beyond. The sheer diversity of this opening album is a great way to gain an insight into the career that would follow. Sakamoto’s next solo album, B-2 Unit, released in 1980, would include the track 'Riot' in Lagos which is credited with pioneering electro and electro-funk.

As YMO began to really take off internationally, Sakamoto found himself being approached by directors to score their films. Sakamoto’s affinity and understanding of the natural world brought a lot of strong imagery to his sound, which made him perfectly suited for the role of a soundtrack artist. What was really unexpected was his inclusion as an actor in the film he was slated to a soundtrack. The film was Merry Christmas, Mr. Lawrence, a Japanese-British war film depicting English prisoners of war in a Japanese World War II camp. Sakamoto appeared alongside fellow musical legend David Bowie in the starring role. This would be the role that revealed more of the diversity of Sakamoto’s musical talent, while also exposing a greater audience to his handsome visage. Most importantly, the soundtrack work would open up opportunities for more soundtrack work in the future, putting him on a path to great success and recognition of the highest order in 1987.

Scottish musician Roddy Frame, who collaborated with Sakamoto in 1993, described Sakamoto’s work on Merry Christmas, Mr. Lawrence: "That's where you realise that the atmosphere around his compositions is actually in the writing — it's got nothing to do with synthesisers."

Bernardo Bertolucci’s 1987 film The Last Emperor obliterated expectations for audiences around the world as it introduced them to ideas and images of a world largely unknown to the West. The film won all nine Academy Awards for which it had been nominated, including Best Picture and Best Original Score. The score had been arranged by three composers: David Byrne, Cong Su and Ryuichi Sakamoto. Sakamoto’s contributions to the score for the film solidified his status as an exemplary composer. His success has led to near continual work on scores for many films over his decades-long career, many of which earned him further accolades, including The Sheltering Sky (1990), Little Buddha (1993) and The Revenant (2015). Sakamoto also appeared in the film himself, his second feature film role.

While by no means the pinnacle of Sakamoto’s success, his invitation to compose the score for the opening ceremony of the 1992 Barcelona Olympics shows to what level his popularity had reached. Not only that, but his reputation as a musical workaholic had clearly earned him some international renown. You don't get invited to work with one of the largest and well-established institutions in the world if you’re not deemed likely to pull an audience and do a great job. 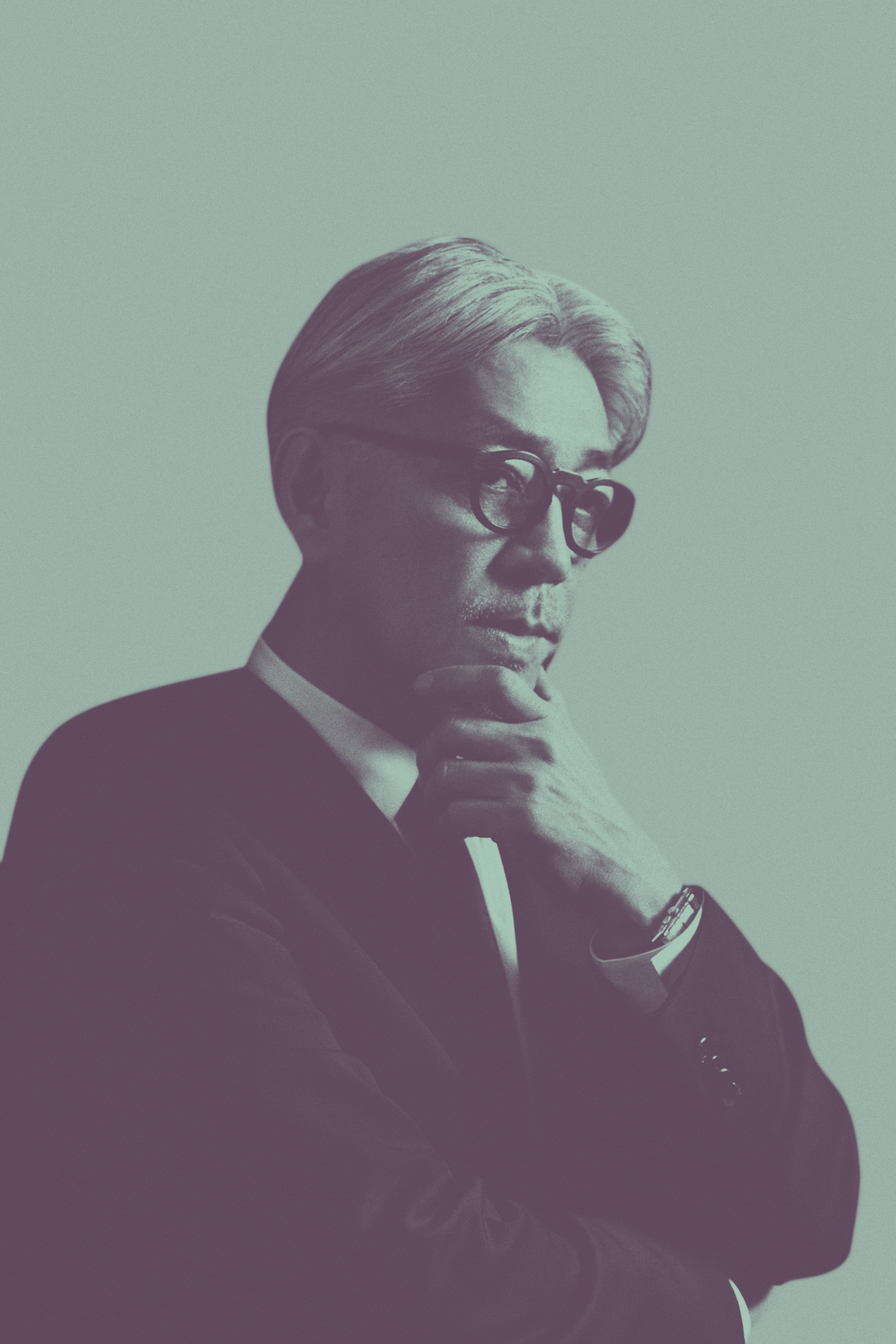 While Sakamoto is known for being a prolific musician, clearly he decided he wasn’t busy enough. He was and remains politically active, wanting to make a real difference in society with not just his music but also his platform to convey political views. In 2012, a year after the 2011 Fukushima Daiichi nuclear disaster, Sakamoto organised a concert to raise money for the fight to ban nuclear power plants in Japan. The concert was called No Nukes 2012 and featured Yellow Magic Orchestra and Kraftwerk, amongst others. The event took place on the weekend following a massive Friday-night protest in front of the Japanese Prime Minister's official residence. That protest was one of a series of Friday night protests happening at the time, aimed at convincing politicians to end nuclear power, and it was also the biggest. It was estimated that 150,000 people showed up; one of them was Sakamoto, who then played the next two days at his own festival supporting the cause.

In July of 2014, Sakamoto announced that he had been diagnosed with throat cancer, and would be taking a break from work until he had recovered. This would be the first real break in his creative output since YMO’s formation nearly 40 years earlier. One might wonder how such a creative juggernaut, who had been scoring films, releasing albums and performing constantly for decades, would spend the time. Speaking to Rolling Stone in December of 2015, Sakamoto said that it was a chance for an old man to catch up on some books and explore music that he hadn’t had the chance until now to feely listen to. His hiatus was short-lived, as already by the end of 2015 he was scoring Yoji Yamada's Haha to Kuraseba, quickly followed by the score for Alejandro González Iñárritu's film, The Revenant. Even cancer couldn’t compete with Sakamoto’s voracious need to create. Sakamoto’s recovery and his subsequent creations were documented in the 2017 documentary Ryuichi Sakamoto: Coda. The film also heavily features Sakamoto’s involvement in the anti-nuclear movement, following him as he attends protests.

As a further demonstration of Sakamoto’s diverse talents — if you haven’t developed a complex yet, perhaps this will do it for you — he was also invited to model looks for the fashion label Opening Ceremony in 2019. Sakamoto’s style has been well-documented throughout his career as it followed almost as diverse a metamorphosis as his musical career. From the flamboyant and flashy styles of the 70s and 80s to the more refined and sophisticated black turtlenecks of the present, Sakamoto’s outfits have been of keen interest to fans all around the world. 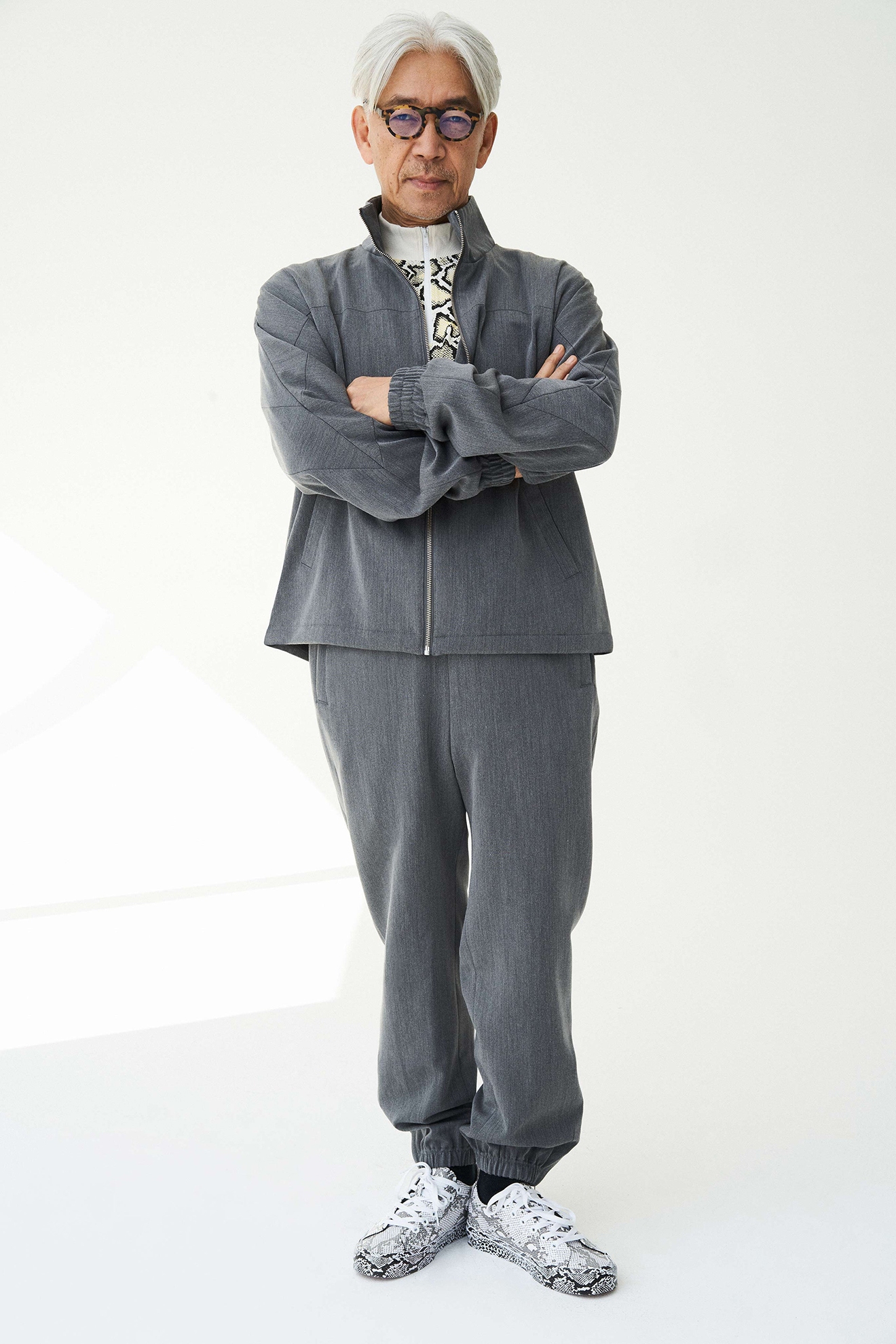 This brings us to the now. We’ve tracked Sakamoto throughout his lifetime of incredible achievements and tried to bring the key moments down to a list of ten, but have inevitably left out many more. An artist as innovative and groundbreaking as this is difficult to pin down.

In January of this year, Sakamoto’s website posted a letter that announced that he had once again been diagnosed with cancer. This new diagnosis of rectal cancer comes just a year after his previous throat cancer had officially gone into remission. However, Sakamoto’s letter contains notes of optimism. The initial surgery was a success and he continues to undergo treatment. We can do little but marvel at the vast catalogue this man has given to the world and what he has done to influence music, political activism and style. And those contributions are only going to continue, as Sakamoto scores Minamata, an upcoming film by Andrew Levitas, and is slated to do the same for the upcoming Netflix film ‘Beckett’.