Part-virtual reality fever dream, part-GTA psychedelia, the music video for DJ Droopy’s ‘So Freaky VIP’ dropped earlier this month and has been criminally slept on considering it’s one of the best things we’ve seen all year.

‘So Freaky VIP’ is arguably the strongest track on the ‘4 Tha Freakz’ EP, which released back in July 2020 on Yeti Out’s imprint, Silk Road Sounds. Now, this ghetto tech earworm has been given a music video treatment that you simply can’t miss.

The video, which dropped May 13, is a 3D animation tour de force as well as a love letter to Hong Kong’s cityscape, uncannily capturing its likeness while hurtling the viewer into an incredibly fresh and almost hyperreal experience. The video, which centres on a Porsche boxer driving through urban Hong Kong, is also loaded with an ominous subtext (for those astute enough to catch it).

Check it out below. 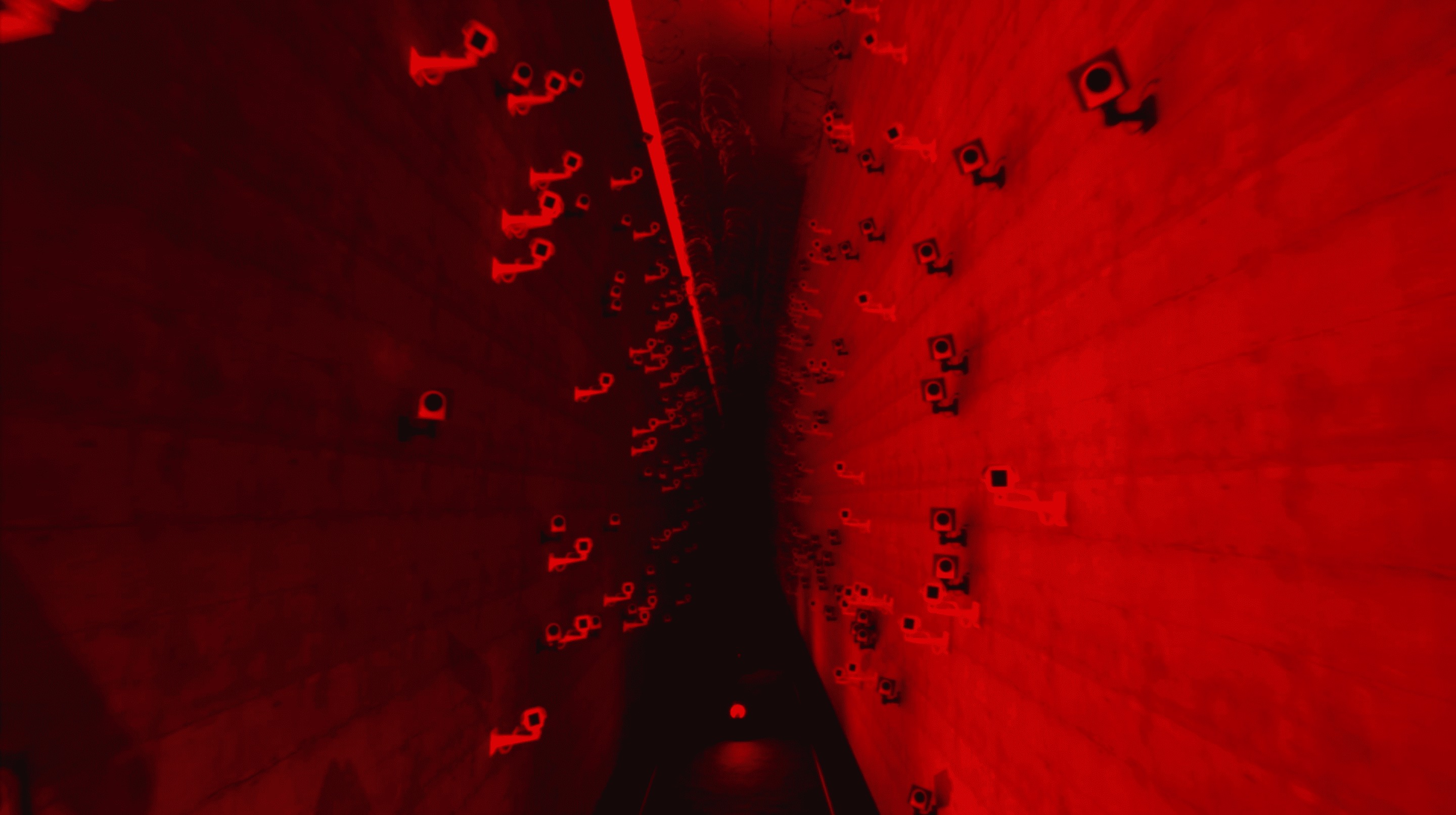 The project is a collaboration between Yeti Out’s record label Silk Road Sounds and ARS Series, a design collective founded by art director Adrian Schmid. ARS Series, which primarily makes apparel but is also active in the augmented reality and VR space, tapped Lucas Saidl and Sebastian Baalbaki of NotReal_Virtual for the project following conversations with Yeti Out’s Arthur Bray. Additional design support was given by Daniel Hubička and Felix Green.

As has increasingly become the norm during the Covid era, the collaboration took place purely online, with the team spread out between Hong Kong, Zurich, Berlin and Prague. The pandemic zeitgeist informed the project on multiple levels, we learn, speaking to Arthur and Lucas on a music video that was two years in the making…

What was the starting point in terms of concept?

Arthur: Droopy’s track is basically “for the freaks”, freaky club music, so I was just coming at it from a label standpoint where we got the banging music but ironically in this day and age we couldn’t go out. How do we make a freaky music video that’s also speaking on the times, you know?

I think we were all just thinking that the track released a little while ago but if we were going to do a music video, we wanted to be able to look back at it from years to come and be like, “Ok, that definitely spoke of the current climate of not going out.” So, it was a complete a flip on the lyrics and the mood of the track, which is ghetto tech, going out music.

Read this next: The many legs of Yeti Out 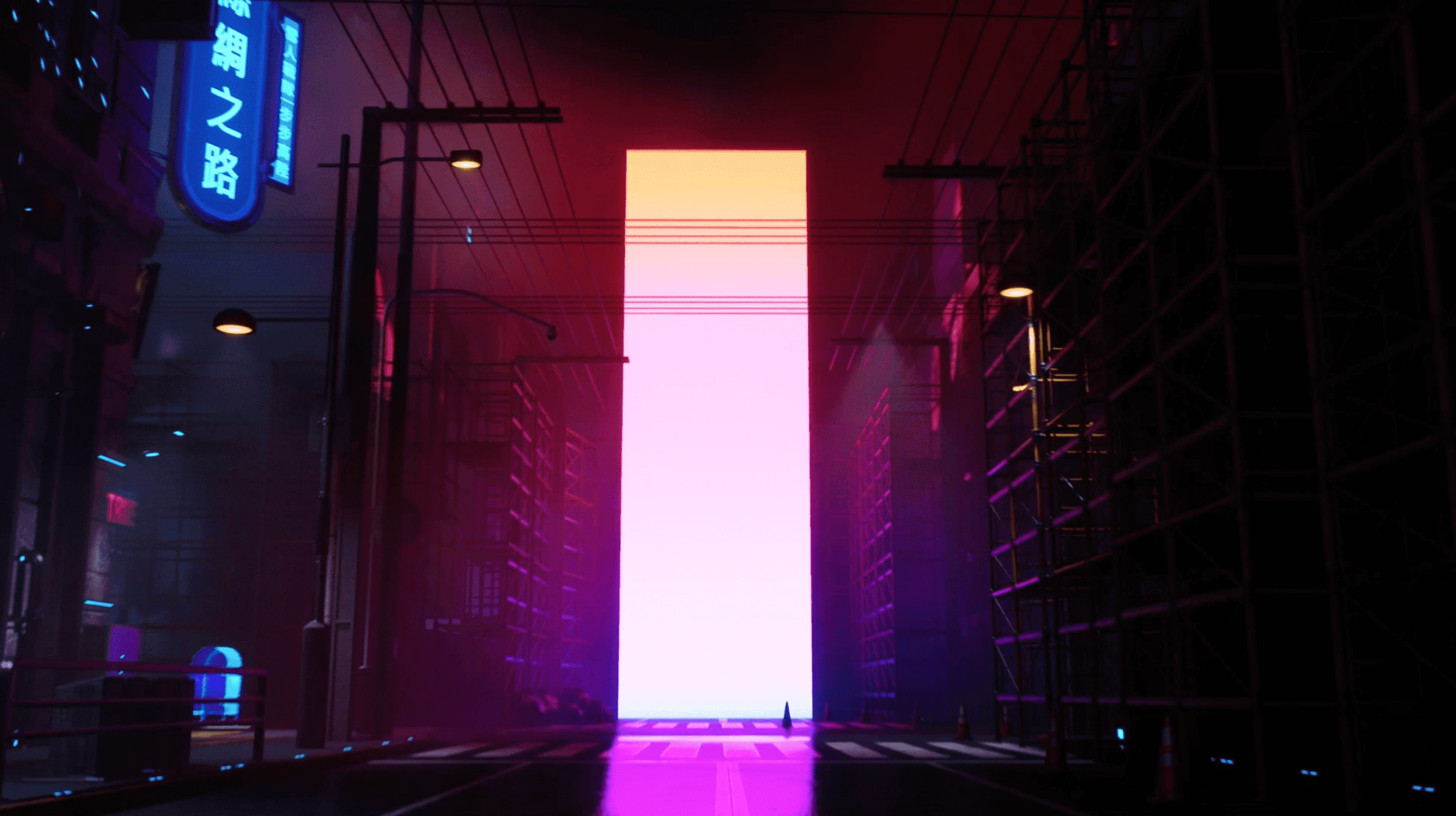 I can see how that works – the car cruising as a microcosm of the club. As far as visual references, how did the design team in Europe grapple with doing this remotely – have they been to Hong Kong?

Lucas: Unfortunately I didn’t get to visit Asia at all yet, but we spent days exploring Hong Kong’s architectural history and contemporary culture virtually. We absolutely loved the tall residential building (Yick Cheong Building) at night that we portrayed in the video.

Trying to get the vibe as strangers we mainly focused on the skyscrapers and surroundings, focusing on three levels of details: the wide city, narrower streets, and residential buildings. Finally, we also added more abstract interpretations.

Arthur: Yeah, all the guys are really infatuated with Hong Kong. I don’t think a lot of the team have actually been here, though, so it was a lot of sending satellite and drone references and trying to get it off the ground but, I mean, everything now you can do through conversations online from anywhere and then it was just sort of building from that. For other references, we talked about stuff that we all grew up on like video games.

Read this next: Yeti Out aims to connect communities digitally with FM BELOWGROUND 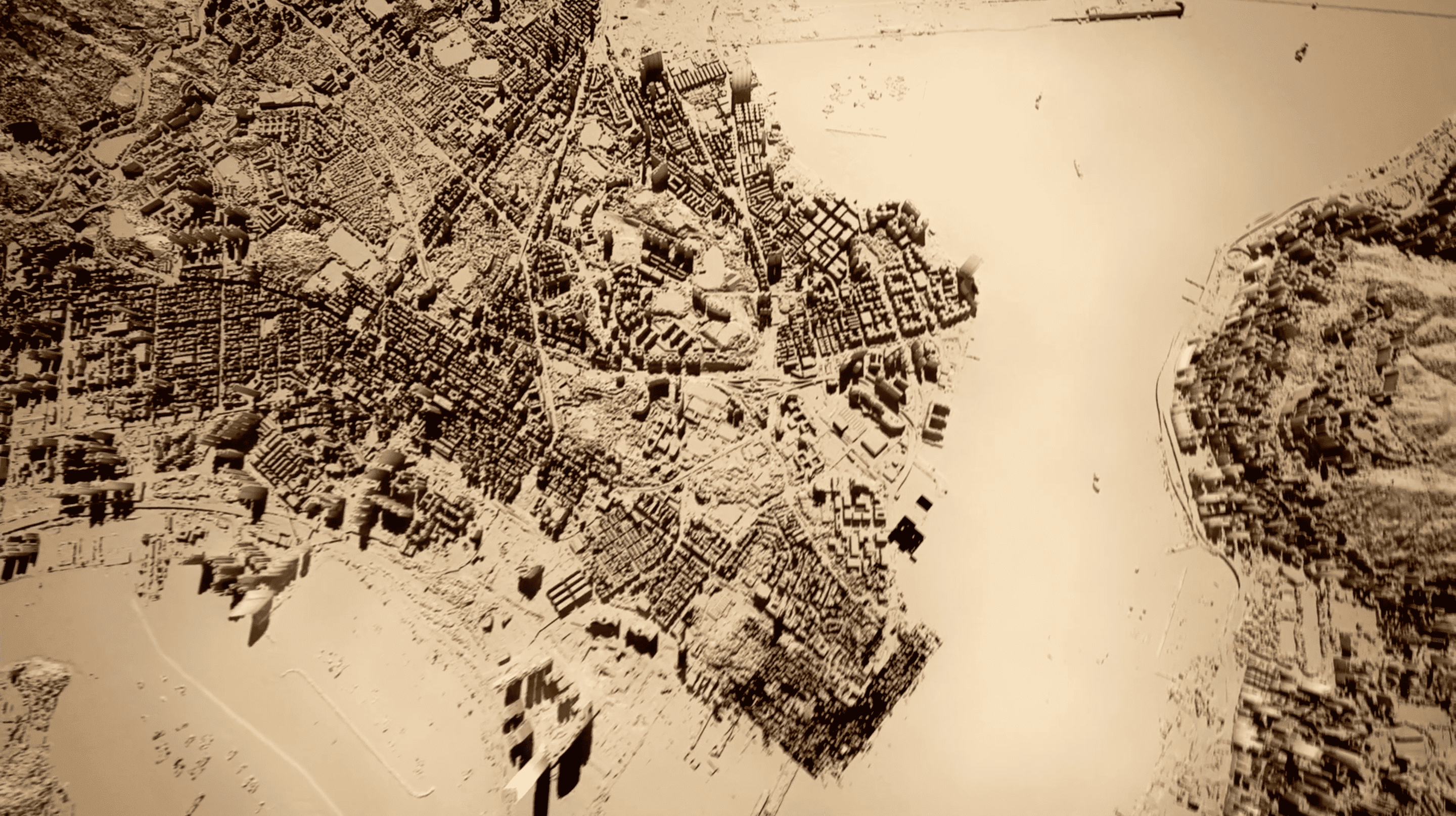 Speaking of satellite imagery, can you share more about the technical side of the project involved in rendering the incredible cityscape?

Lucas: We used Unreal Engine for the whole music video from the city landscape to all other details. It helped us to display complex 3D data in real-time and basically freed us from classic time expensive workflows that make it harder to make changes fast and thus limit the creative process. To accurately build the city landscape, we generated 3D geometry from drone photos. 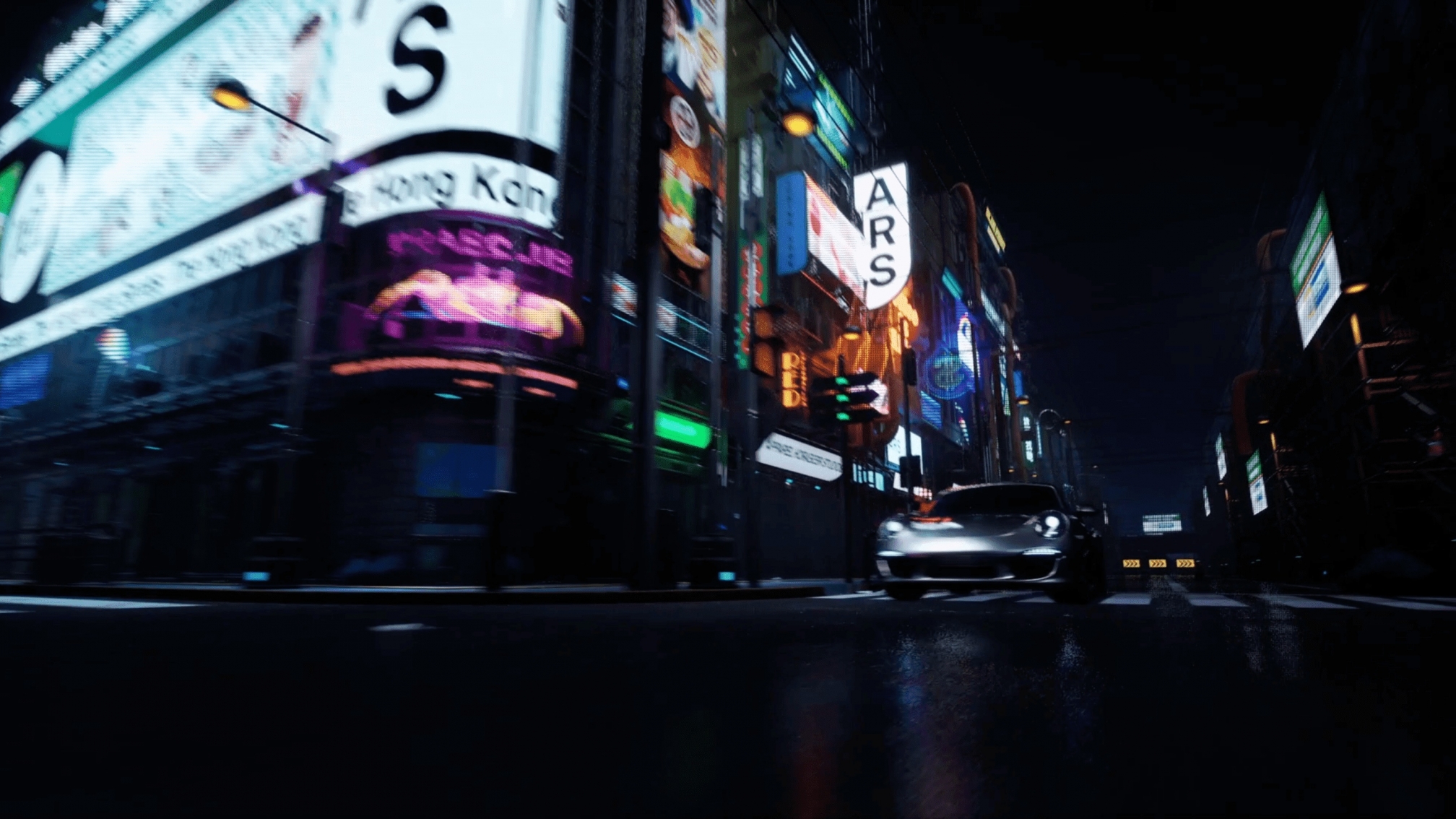 Finally, am I right in thinking that there’s a connection between the car in the music video and Closet Yi’s ‘Speed Heals’ EP on Silk Road Sounds?

Arthur: Yeah, the timeline’s all fucked up and you get this because you know the projects we’ve been working on, but we were basically in that whole space of 2020 – and this is sort of a reflection of where our heads were at – in 2020, we were just wrapping up the Droopy project and starting the Closet Yi project.

I was actually ideating a lot with Closet on her visuals and her covers, and I was kind of lost in the sauce with this stuff and then we were like, “Ok, what if we use the car thing as a motif?” It was just at that time when we were working on different projects that we were really into this idea of nightlife and cruising. For those who know, they know, right?