The 60s married the psychedelic bohemian look and counter-culture folk rock. The 70s married leather jackets, safety pins, tartan and punk rock. The 80s married the edgy, spooky all-black-everything goth fashion and goth music. There is no denying that fashion has always been inseparably linked to music.

Today, the most ubiquitous names in the music industry sit front row at fashion shows, play intimate sets to VVVIP guests at launch parties, and DJ at after parties. Artists reference fashion brands all the time, and brands invite artists to be brand ambassadors. Designer checks Bape, Meek Mill name-drops Balenciaga, everyone shouts Nike out. The list of names overlapping both the music and fashion industry is long and ever-growing, some of which are artists pursuing their own clothing lines. 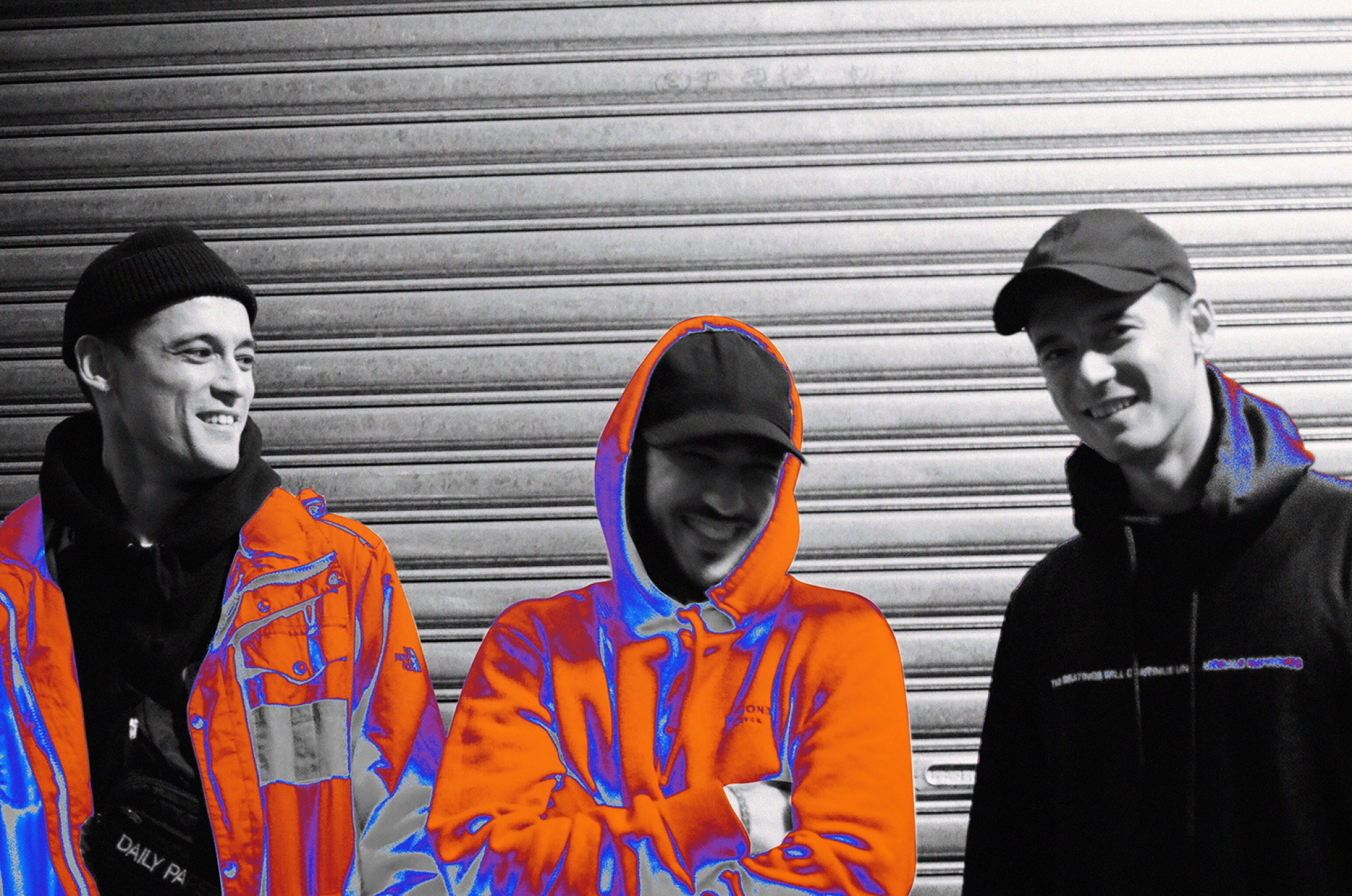 What exactly is Yeti Out? Part Abominable Snowman, part music-promoter, part label, part DJ and part design team. It’s like that parable of the blind men and the elephant: what Yeti Out can offer you depends on what you’re looking for. They’ve thrown parties for fashion giants like Virgil Abloh and Louis Vuitton, booked artist and club concepts like The Blessed Madonna and Rainbow Disco Club, dropped shoe designs with Vans and Nike, collabed with Coach and have been putting out music across boldly different genres via their label Silk Road Sounds. Founded by Tom Bray, Arthur Bray and Erisen Ali, the creative collective is now spread across the globe, with crew in London, Shanghai and Hong Kong.

Tom and Arthur were born and raised in Hong Kong, then left to the UK (Manchester and Brighton, respectively) for university, where they met London-born Erisen (who they’ve already been connected to prior to university via MySpace). Together, the trio founded a music blog, YetiInTheBasement, which had power equivalent to a press pass back in 2010. They used it to their advantage to get into parties; people would go to parties after learning about them from the blog, people would learn about the blog at the parties. When Arthur moved back to Hong Kong, he took the energy of Yeti In The Basement out of London and back into Asia, while Tom relocated to Shanghai and Erisen stayed in London.

“Up from the beginning, most of the things that we’ve done were done intuitively,” Arthur tells us. “When we came back to Asia, there seemed to be a lack of club nights that we wanted to go to, so we decided to throw our own parties instead. That’s what drove us to fill that void. When Tom moved to Shanghai, we fell more into the booking side of things, because we wanted to bring the flight costs lower. When an artist comes to Asia, the more cities they fly to, the cheaper the rate. So we springboarded from filling a void intuitively in the music scene back here in Asia, to running tours on a larger scale.” So Yeti Out began booking artists that they personally liked, helping them tour China, Manila, Singapore, Bangkok and really, just all around Asia. 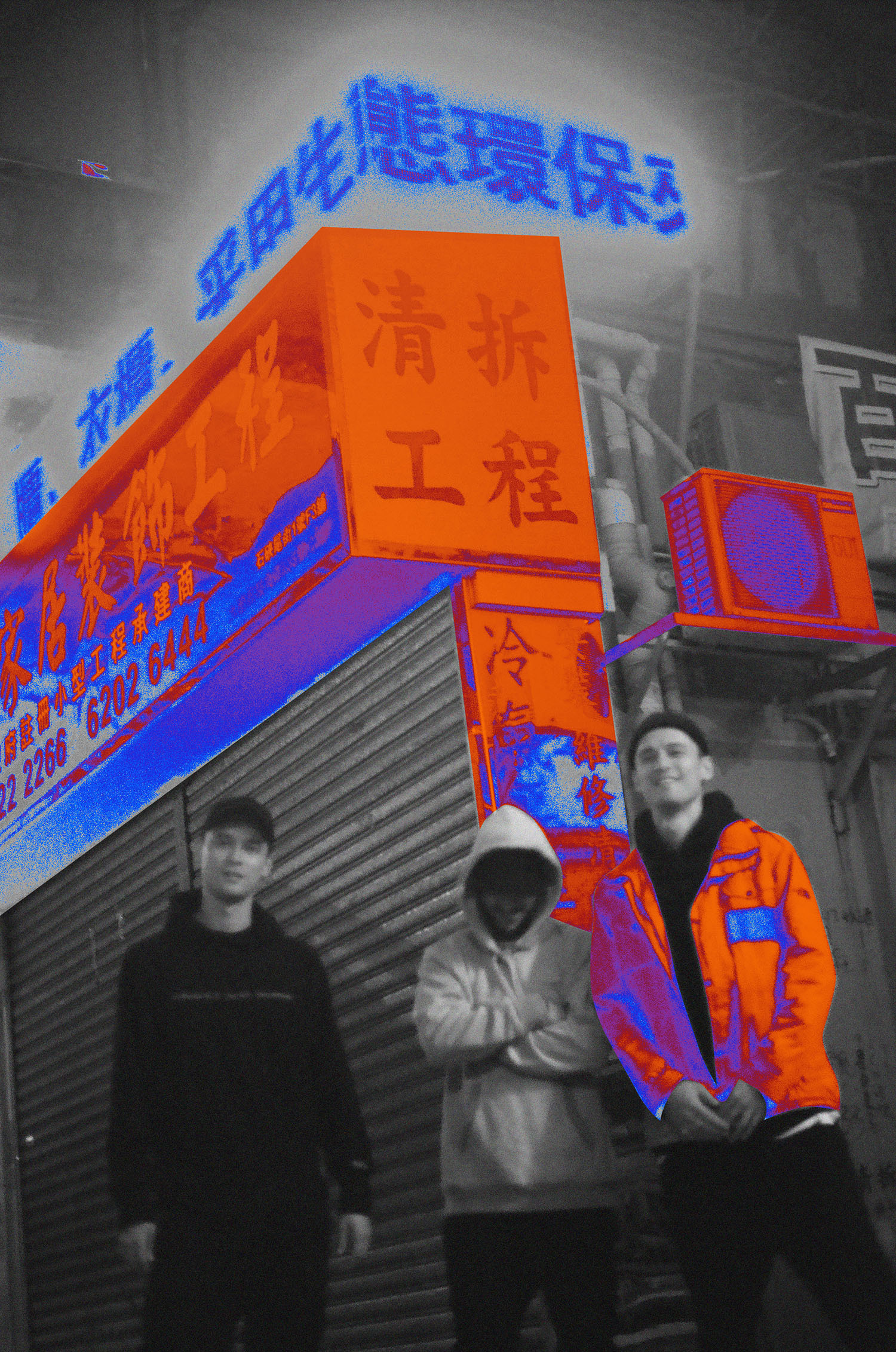 The goal of Yeti Out has always been to bridge the gap between East and West. It was during their university years that Arthur and Tom dove into the deep and diverse pool of musical cultures in the UK: new rave, tech house, drum’n’bass, dubstep and garage. A decade ago, a lot of these genres were mostly unknown in Asia. How do you book a ballroom artist from Europe and make their show appealing to the local audience in Beijing?

When it comes to bringing a genre or subculture over to another country or city, it takes skill and care to introduce and translate those new ideas such that the local audience can digest them. We’re in an era of 60-second video virality, and everyone has short attention spans. Absorbing a new genre requires context and explanation. Yeti Out has always been really good at crafting those translations. “The blogging days really set a foundation for what we eventually became as a brand. Blogging is telling stories, which is what you have to do when promoting events and promoting artists. It’s all about making connections between different cultures — like, how do you connect multi-instrumentalist FKJ to the local audience in, say, Manila? You research the current reception these artists have in the region through local streaming sites, then adapt your promotion strategy based on what’s currently buzzing. Some of these points of connections, the artists themselves have moved on from, but those are the details that allow you to bridge gaps between really different demographics.”

Of course, the gap between the East and the West is not a one-way bridge. If you play Chengdu trap at a club in the West, that’s alternative culture to the audience there. The descriptor “mainstream” is not an inherent quality of any music, and it certainly should not only cater to a Western audience. There is such a diverse range of groundbreaking music that’s coming out of all the different countries in Asia that deserves global attention. “Yeti Out’s become this mix of trying to bring what we were inspired by back to Asia, as well as trying to spread love of the new things that we’ve been listening to, like N.Y.P.D., a Hong Kong-based post-punk band, or Charity SsB, an experimental vocalist from Shanghai. As we evolve, our direction will always be changing, but we’ll always have notes from previous projects.” It takes time and devotion for cultures to settle in new places, and while Yeti Out has been successfully pushing for these crossovers for years, a big name brand like Vans could really elevate the effort to bring alternative subcultures to our attention on a larger scale. 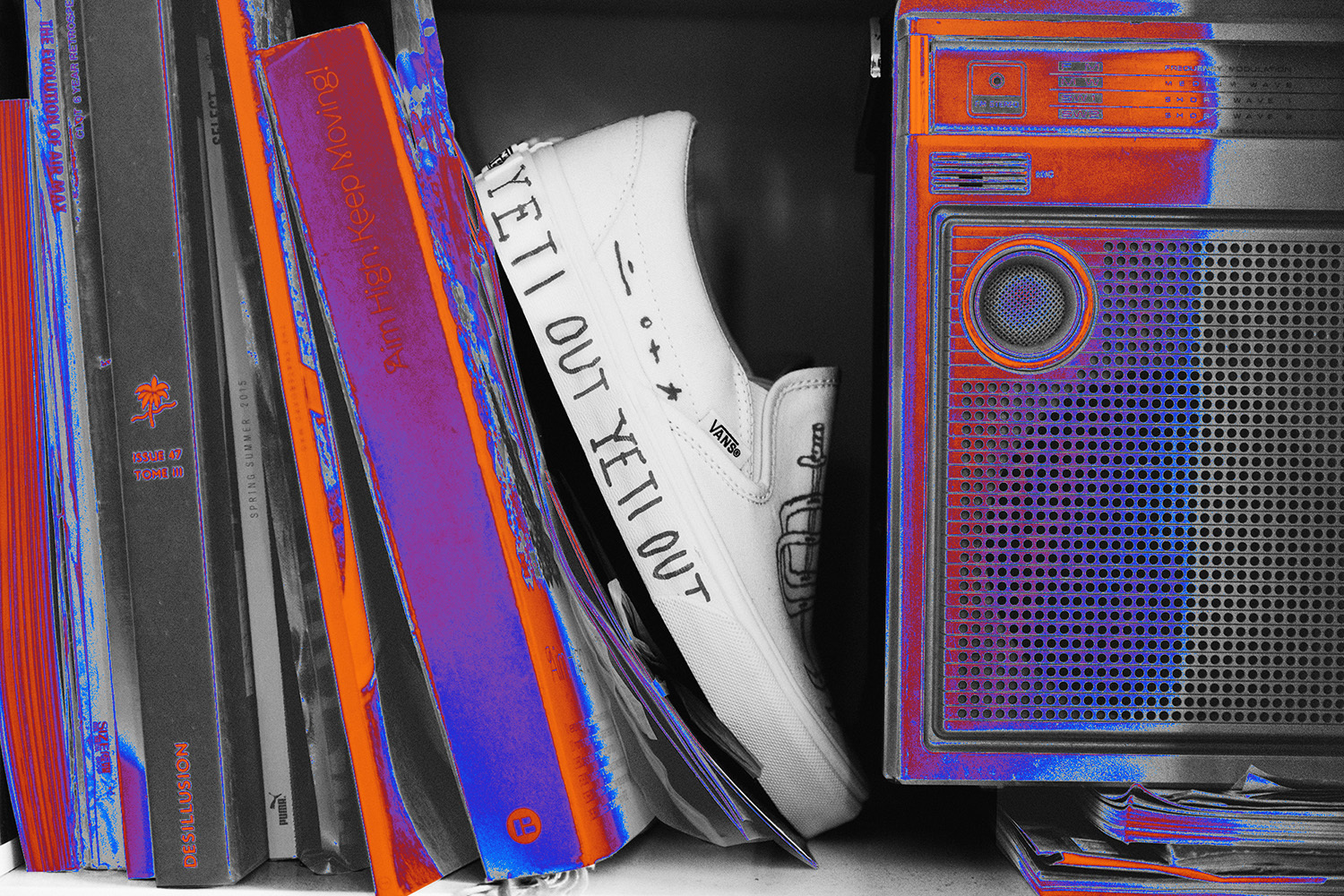 Vans has recently launched its Musicians Wanted competition, with their goal of bringing together talented musicians across all genres to continue to inspire creativity and creative expression. When a big brand uses its platform to encourage and spotlight artists that are not well-known or mainstream, they are opening up portals, making otherwise potentially niche styles more accessible. “What I really respect about Vans is their willingness to take risks. They’re willing to introduce acts that may not be successful right off the bat, but in doing so, they’re educating people and raising awareness of the music,” explains Tom. Vans has always been genuinely supportive of artists and musicians, and has always been about creating a community.

Like Yeti Out, Vans doesn’t have a singular vision despite being widely known as a skate shoe company: Vans is also about music, community, collaboration and open-mindedness. Arthur and Tom have been rocking Vans since they were young, but they’ve been working more directly with them over the past few years, from DJing House of Vans parties, to collaborating on a shoe design, to playing a Boiler Room set in Chicago for Vans Musicians Wanted.

Fashion has always organically been a part of life for Arthur and Tom. “Growing up in an urban environment means you’re always aware of the trends happening around you and what people are wearing,” says Tom. “We’ve grown up with the hip hop fashion on the streets of Causeway Bay and basketball courts of Wan Chai in the 2000s. We were never really hardcore about fashion; we never thought about going into it as a career path, but it’s always been a part of who we are. When you look at a Spike Lee advertisement, it is as much about the film as it as about the music that’s featured, as it is about the clothes on the characters and the actors playing. We’re always looking at all the counterparts that make a project interesting.” 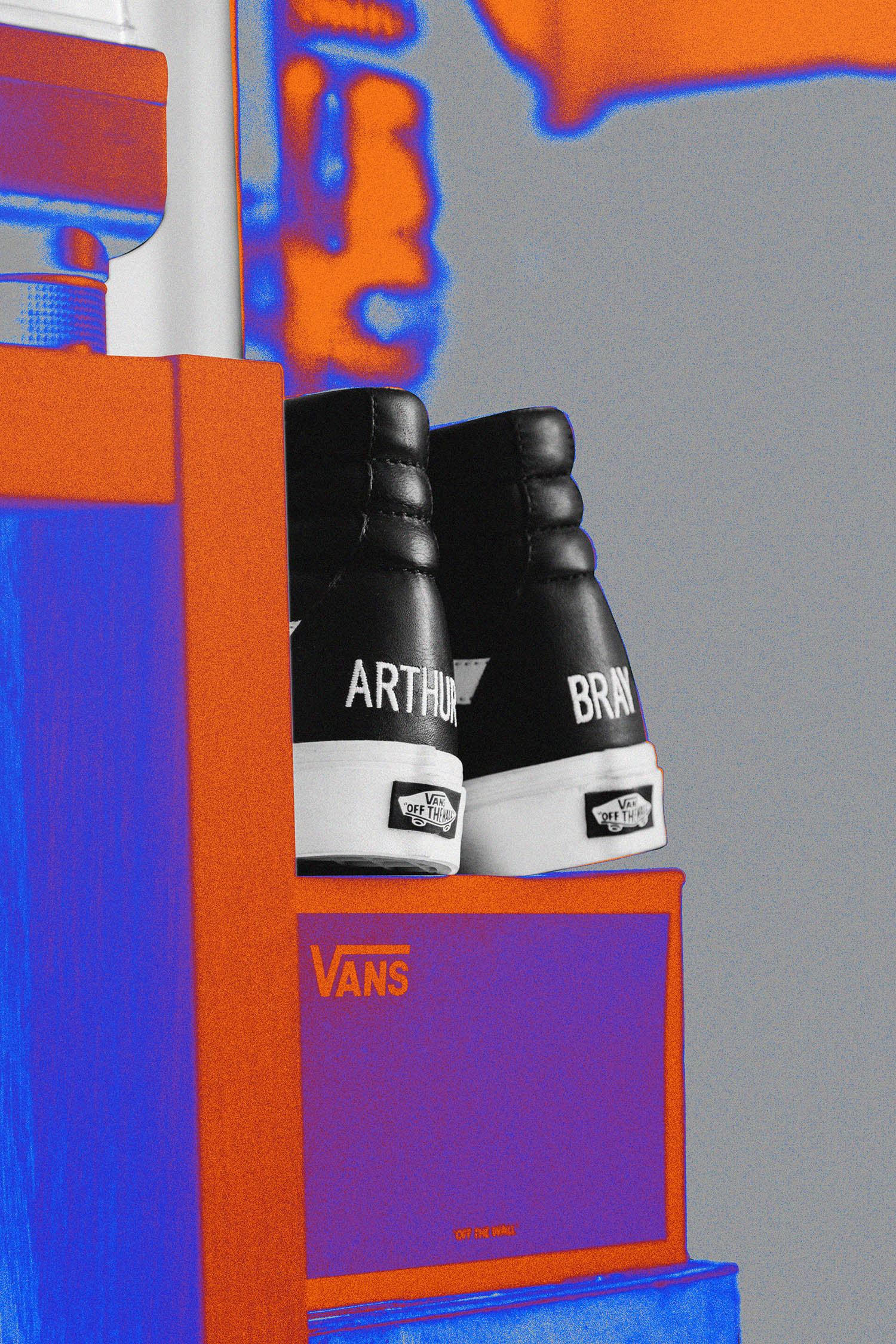 While Yeti Out is constantly and simultaneously working on new projects from brands and artists of different worlds, one of the things that keeps their output cohesive is the brand’s tongue-in-cheek attitude. “With social media and digital marketing, there’s more and more emphasis nowadays to show who you are, but it’s really great to be able to be creative and hide behind a silly name like Yeti Out. It’s not about who we are as individuals, it’s about the energy of Yeti. Whatever makes you feel connected to our story, whether it’s the music we’re putting out or the parties we’re throwing, we’re equally stoked. At the end of the day, we’re just superfans of music first and foremost, and we just want to share that with people through Yeti,” Arthur adds.

Listen to Yeti Out on Rinse FM, NTS Radio and more here, and shop their merch here.