Gene On Earth stands at roughly three inches tall and is cute as a bug between his yellow short-sleeve button-down and denim jeans. He's moustachioed and flecked with polka dots, like a Roy Lichtenstein painting. Gene On Earth takes perpetual drags from a cigarette and has a smirk that asks, "you like what you hear?"

Some artists choose to go through a slew of aliases for mystery—look no further than Traumprinz AKA DJ Metatron AKA DJ Healer, AKA Prince of Denmark, etc. Others may choose to hide in plain view like the veiled Headless Horseman. Gene On Earth chose, instead, to have an animation serve as a Swiss Army knife that can be used to push his real-life persona while also gracing flyers and album covers.

"I had an idea that I wanted to make something Hanna-Barbera-ish, that kind of really cartoon quality like The Flintstones; I found this guy [Akira Yonekawa] from Japan who drew anime in that style. He must be 70 years old and doesn't speak English,” he says. There was a mutual artist-to-artist understanding despite the language barrier, and the two exchanged over 60 emails to get to the final version: The mini-Gene we know and love. 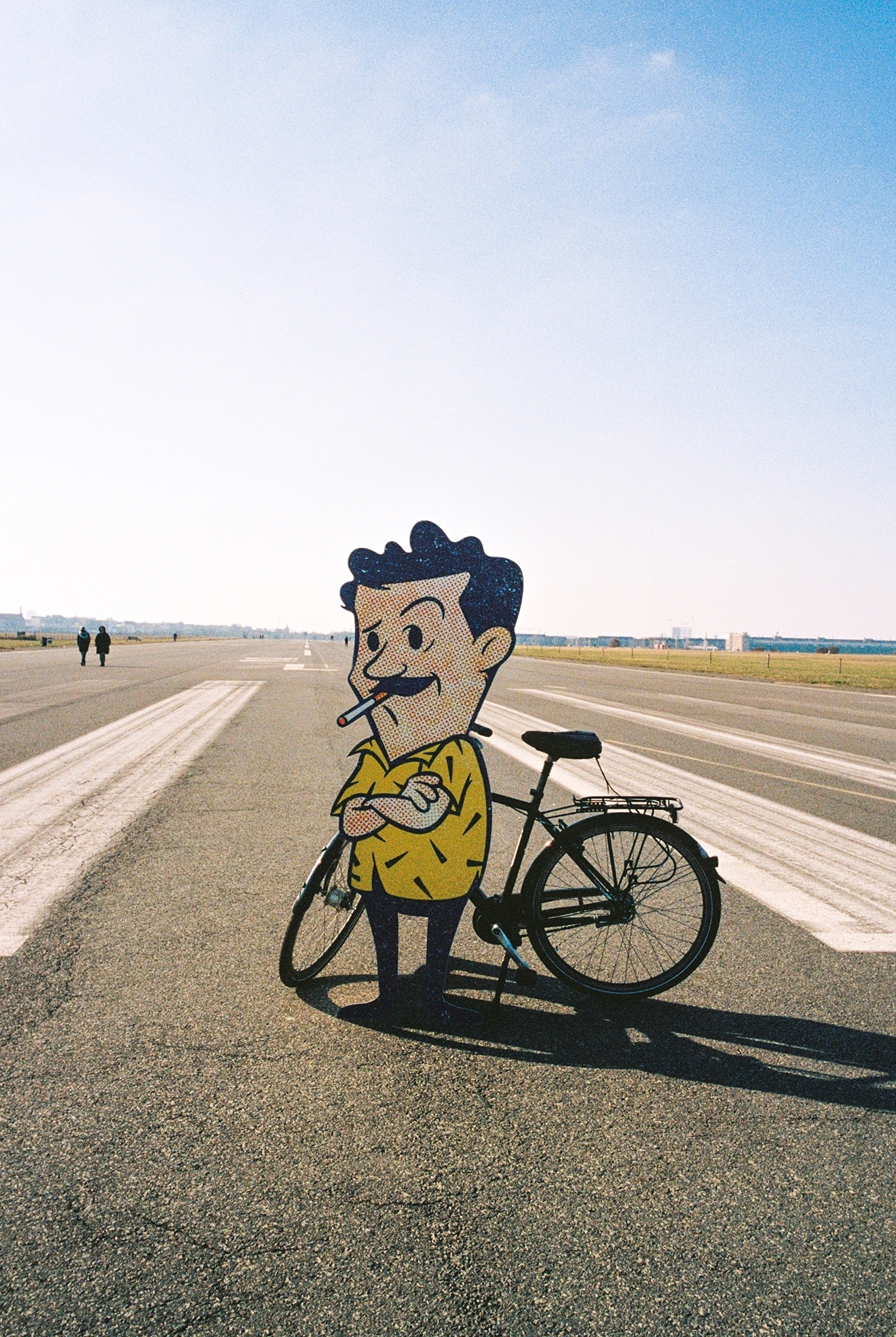 But the real Gene On Earth, that is to say, San Francisco-born Eugene Albert (no relation), the human DJ, producer, and label boss, has far more to say than his accompanying caricature. He speaks to Mixmag on the foothills of his second full-length album, 'Time On The Vine’, released on June 3 via his Limousine Dream label. The album’s lineage is one-part Berlin, and the other part tucked away in a Brazilian beach town during what was about to become a world of uncertainty.

"I left for South America at the beginning of March 2020, sort of knowing Europe was already basically shut down,” says Albert from his Berlin studio. “I knew that cases hadn’t reached South America yet, so I said, ‘Well, this is going to be like my last chance to DJ for who knows how long.’”

Read this next: "We do exist": How virtual band Gorillaz sparked the live music industry back to life

The 33-year-old Californian turned Berliner has been an underground dynamo for over a decade with his trademark style of sleek, leftfield house anthems. The sound is often accompanied by beeps and bops from his synths akin to the minimal Romanian sound but fuelled by high-octane euphoria. So you may expect this story to revolve around a house maestro imprinting his funky formula to success on a second album, following his debut, 'Local Fuzz', in 2019.

But he wasn’t feeling that direction. 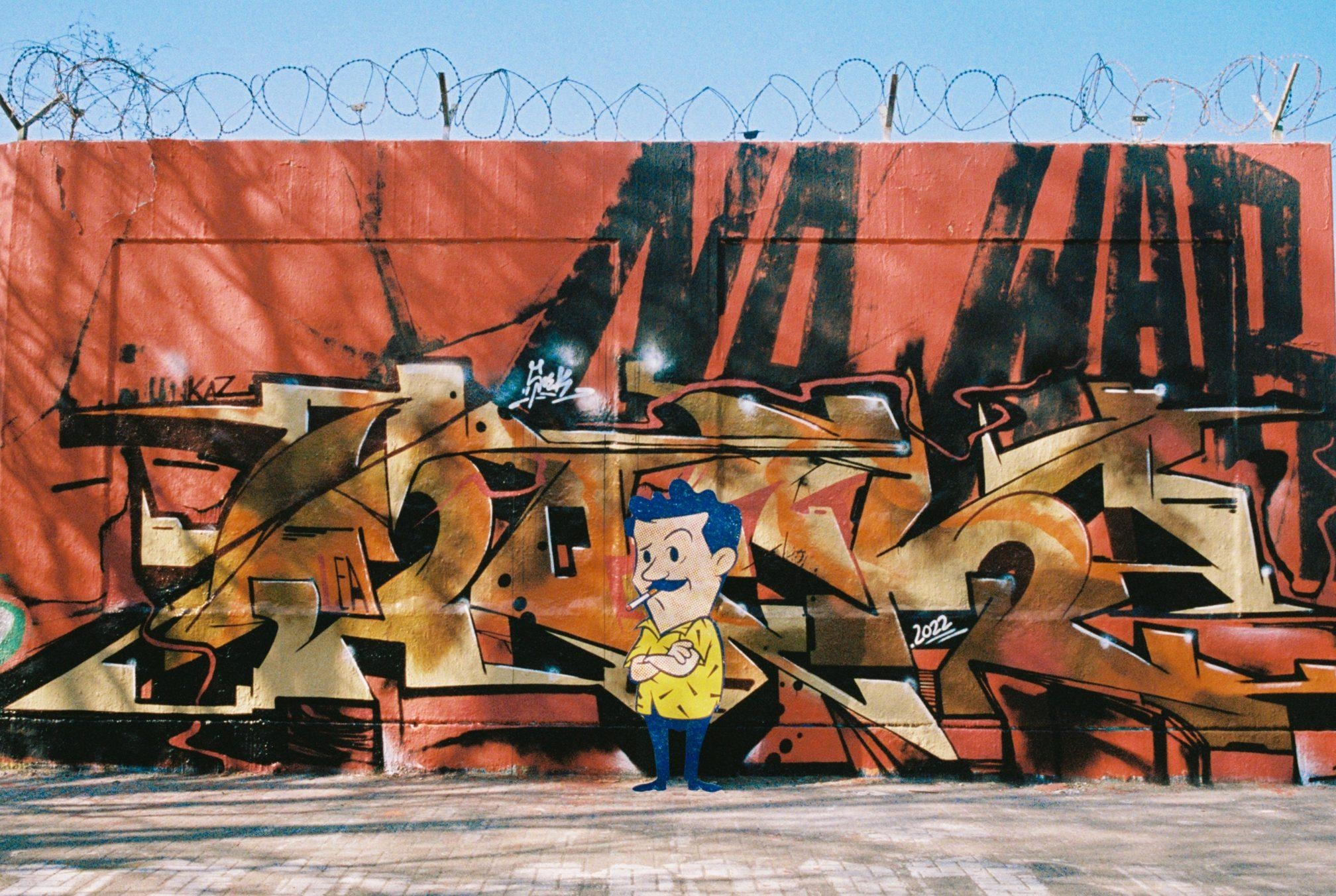 'Time On The Vine' took five months of fervent production, made during a time when dancefloors across the globe were starting to collect dust from lockdown — Albert himself was battling a nasty time with COVID. With the uncertainty looming all over, he naturally took to darker sounds.

“I recognized fairly quickly that it wasn't going to be a month or two before we get back to normal,” he says. “I just got to work on the album, knowing that I wanted to make it a bit different than the last one.”

As opposed to 'Local Fuzz', an amalgamation of loose-fitting singles that Albert decided to compact into a full release, each of nine tracks comprising 'Time On The Vine' was made to produce the album. “I want to make it more intentional and make it from start to finish, like have a bit of a journey or whatever, which means not just a bunch of dancefloor cuts, but also some other stuff which ended up being three downtempo tunes, an ambient tune, and drum ’n’ bass.”

'Time On The Vine' supplants the listener towards ego death while showing Albert's sonic malleability as producer. "I wanted to try doing something with more emotional depth. Not that it's not exactly a tear-jerker, but I think it does have a bit more in there. I wanted this one to be more like a real album: it has a narrative arc."

The opener speaks for itself. ‘Snooze Operator’ is groove-induced with various percussions hitting on different syncopations to give a feeling of wandering through unexplored jungle. Nothing presses too hard nor too slow as the warm pads and rhythm stay at equilibrium.

Turn to ‘The City Special’ for a rebuff to anyone still convinced a house DJ must be pigeonholed to Ibiza sunset music. Instead, the track swims in a streamlined position that intermingles with glitched-out vocal loops underneath layers of synths, some whisper, others bark. And some are sprinkled with acid—not to turn the track into warehouse music, but to add some tang to accompany the spice of life.

Read this next: Tearing the rule book: photos from the raucous golden era of acid house

But the standout is ‘Studio Dobra’, Albert’s boldest production out of his 40+ track discography. It begins much like an ethereal ambient interlude: no hip-shaking melodies or head-bopping, just tranquillity, which continues without a discernible beat for four minutes before a kick boosts up the volume. ‘Flux Deluxe’ brings the resurgence of breaks that has been blossoming again in every corner of club music. The concluder ‘Aston Martinez’ is a track that bleeds IDM and Thievery Corporation-like electronica.

“I still really like every single track from the album 18 months after making them, which is a good sign,” he reflects. 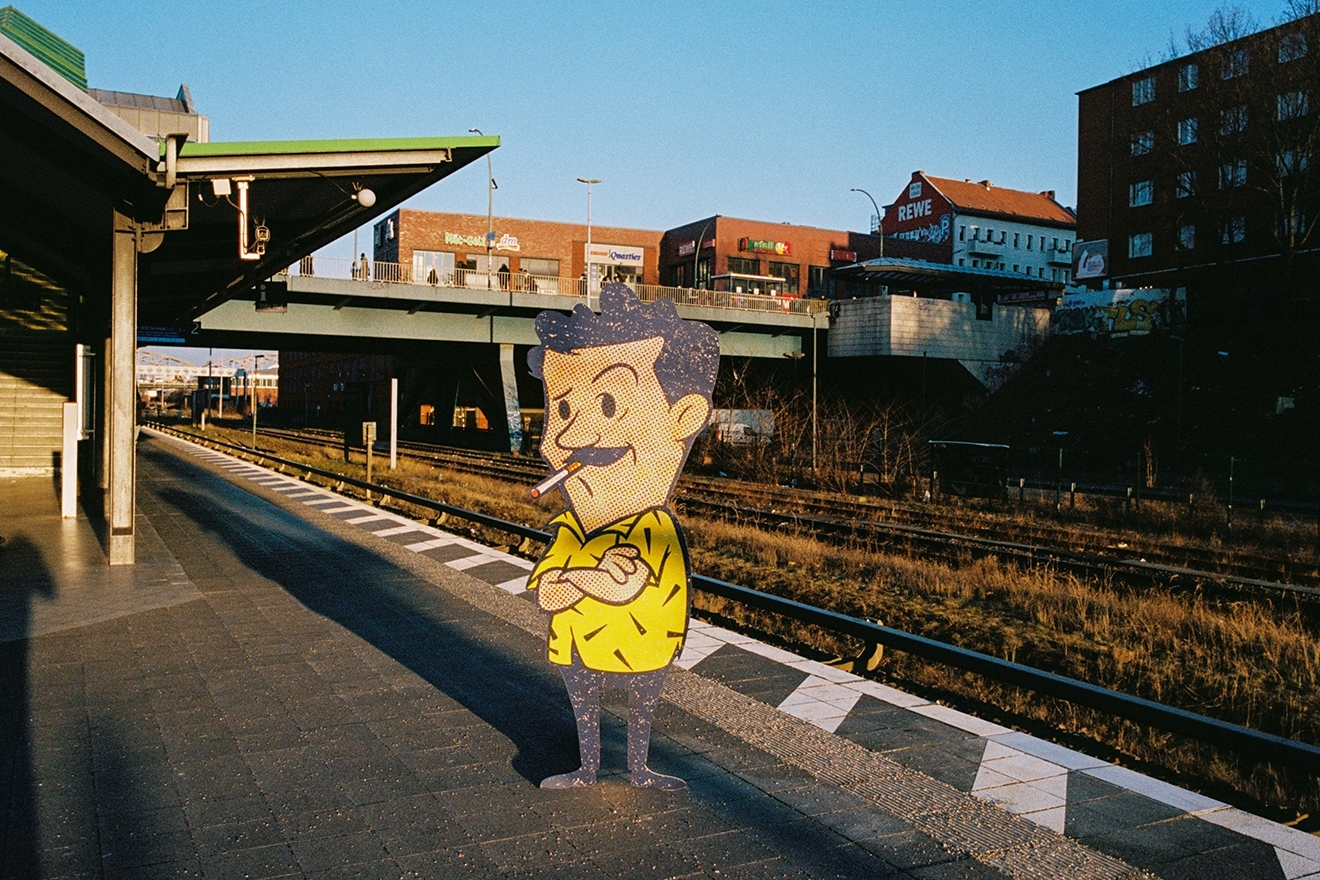 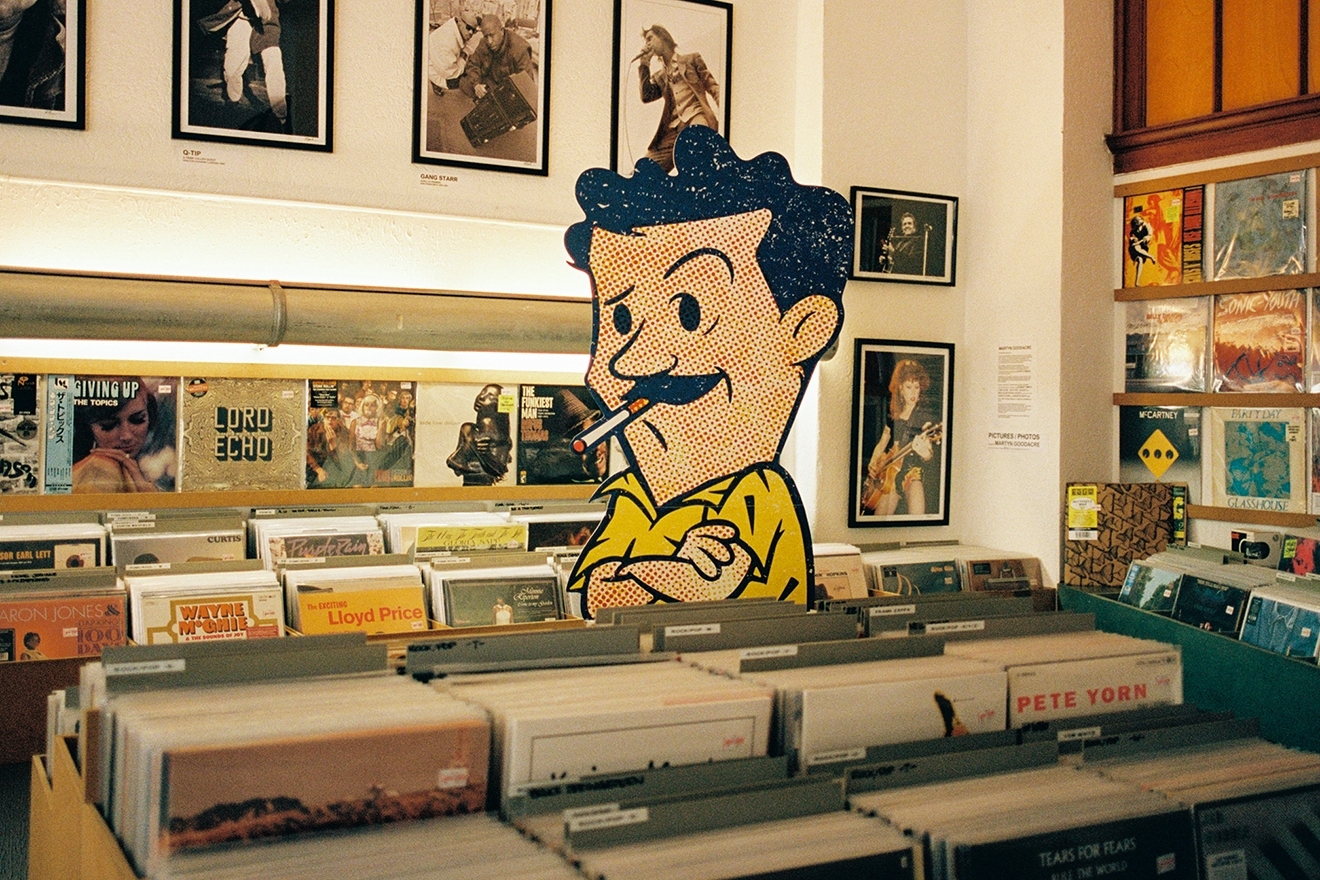 Albert first cut his teeth on electronic music through a roommate during university in Santa Barbara, California. "I started fiddling around with loops and playing on a mini controller—I was obsessed with Deadmau5, and experimenting with fidget house, which was in vogue."

As part of his Italian minor, Albert travelled to Bologna, Italy, which helped veer him away from the EDM explosion and into underground sounds when visiting Berlin. There he felt so in sync with the city's music culture that he moved to the German capital immediately after graduating to pursue a career in music. He took up the art of crate digging—a tool for a DJ trying to stray away from sound saturation by having the rarest vinyl records on tap. Albert discovered a natural flair for spotting Euro gems and ‘90s/early millennium rave music from the West Coast. "That was sort of the heyday of good music coming out of California, in my opinion."

Albert was looking and feeling great post-COVID; he was hitting the bike to get to his studio every day and stretching it out regularly, finally finding stability in the nocturnal career. Gene on Earth's studio ability was at its strongest, and his DJing, both on digital and vinyl, was flawless. His label, Limousine Dream, was pressing hard and collaborating with artists globally. In three years, the label released five EPs, one full-length album, and started a compilation series titled ‘The Sound of Limo’. Albert's studio production course, Nug-Net, was about to drop, too.

But one too many online yoga classes ended up tearing some cartilage in Albert's knee last year, requiring surgery followed by a five month long hiatus from touring. "I was not going to the studio anymore because it wasn't close to my house and taxis were too expensive. I ended up not being able to walk for nine months." 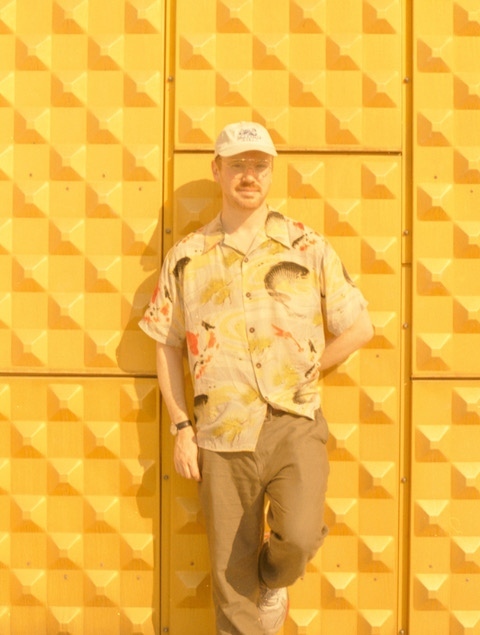 Through the help of a therapist and a supportive partner, Albert is now back to his regular touring schedule in the midst of a lengthy global tour marking the release of 'Time On The Vine'. "Once I recovered, I just ended up touring all summer, almost every weekend, bringing a friend or my girlfriend with me who would carry my records," says Albert, who is speaking to Mixmag on his first official full day back at the studio.

Seemingly nothing can throw Gene On Earth off his stride. Moving forward he will undoubtedly keep adapting and excelling —whether in 3D or cartoon form. Both do have a mustacho, after all. Once the stoney smoke clears, his dexterous mentality and slick-back, brazen music glistens off the soundsystem. A Californian boy who decided to step deep into the underground. What's not to enjoy?

Gene On Earth's 'Time On The Vine' album is out now via Limousine Dream, get it here