It’s not easy keeping a band both classy and contemporary after two decades in the concrete jungle: but Gorillaz has managed it with animated ease.

Of course, it helps when that 4K animation is powered by four of the finest musical characters ever committed to pen and ink and you have Damon Albarn at the script controls with his brother in arms, designer and illustrator Jamie Hewlett, making notes and doodling all the way to Albarn’s studio in NW10. 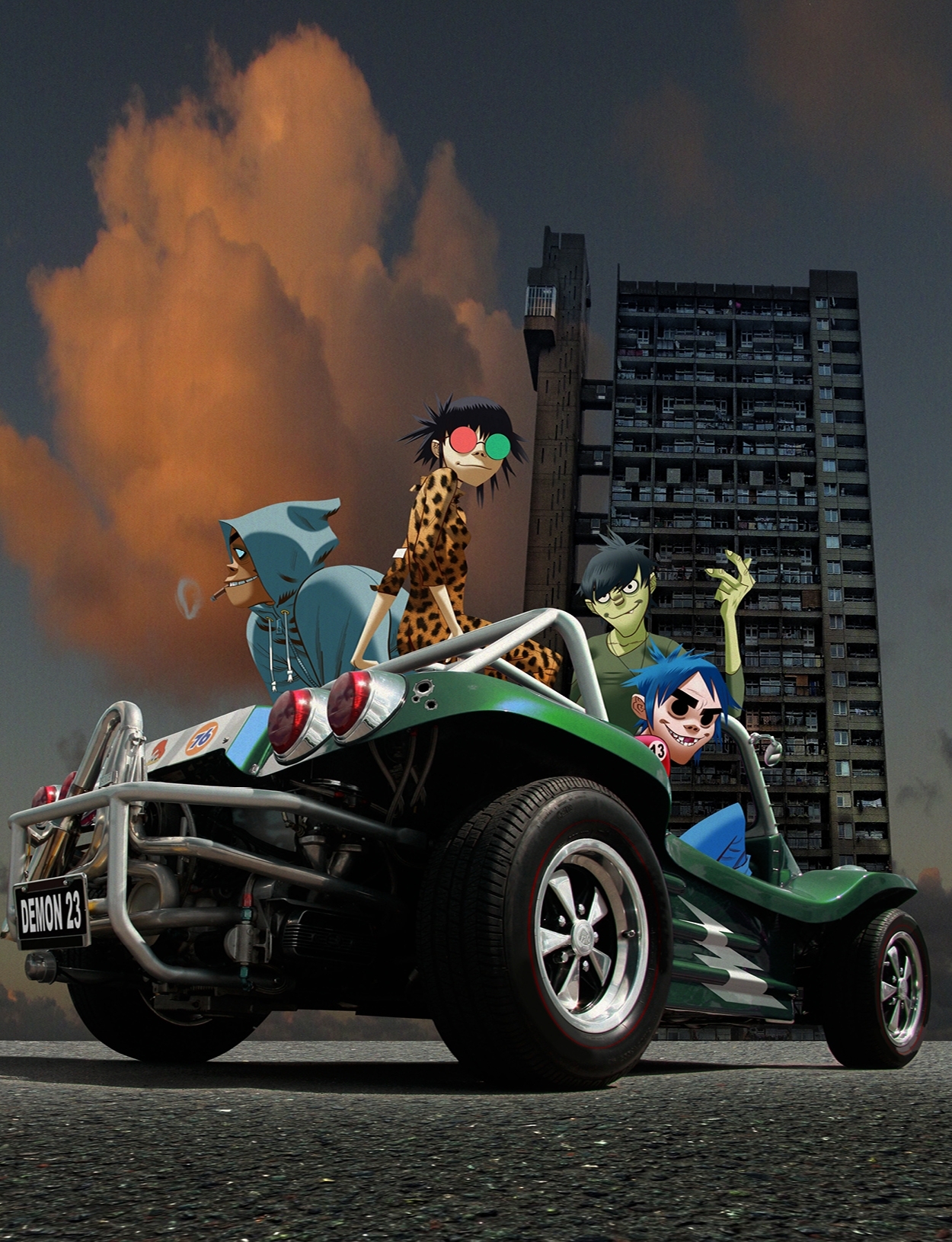 But it’s more than just Damon and Jamie and a bunch of songs and special guests that have made this cartoon act so engaging: there’s a back story; a current chapter; and a future script still waiting to be written.

At this point, I would wager that Gorillaz are up there with the coolest acts to step onto the world stage. They really are that good. ‘Clint Eastwood’ was such a brilliant burst of energy back in 2001 but it’s still smoking two barrels two decades later. Their songs and global guests are so top-tier that even their less ambitious videos can feature a guest like Bruce Willis. Is it any wonder that they’ve won numerous awards, including the coveted Jim Henson Creativity Honour? 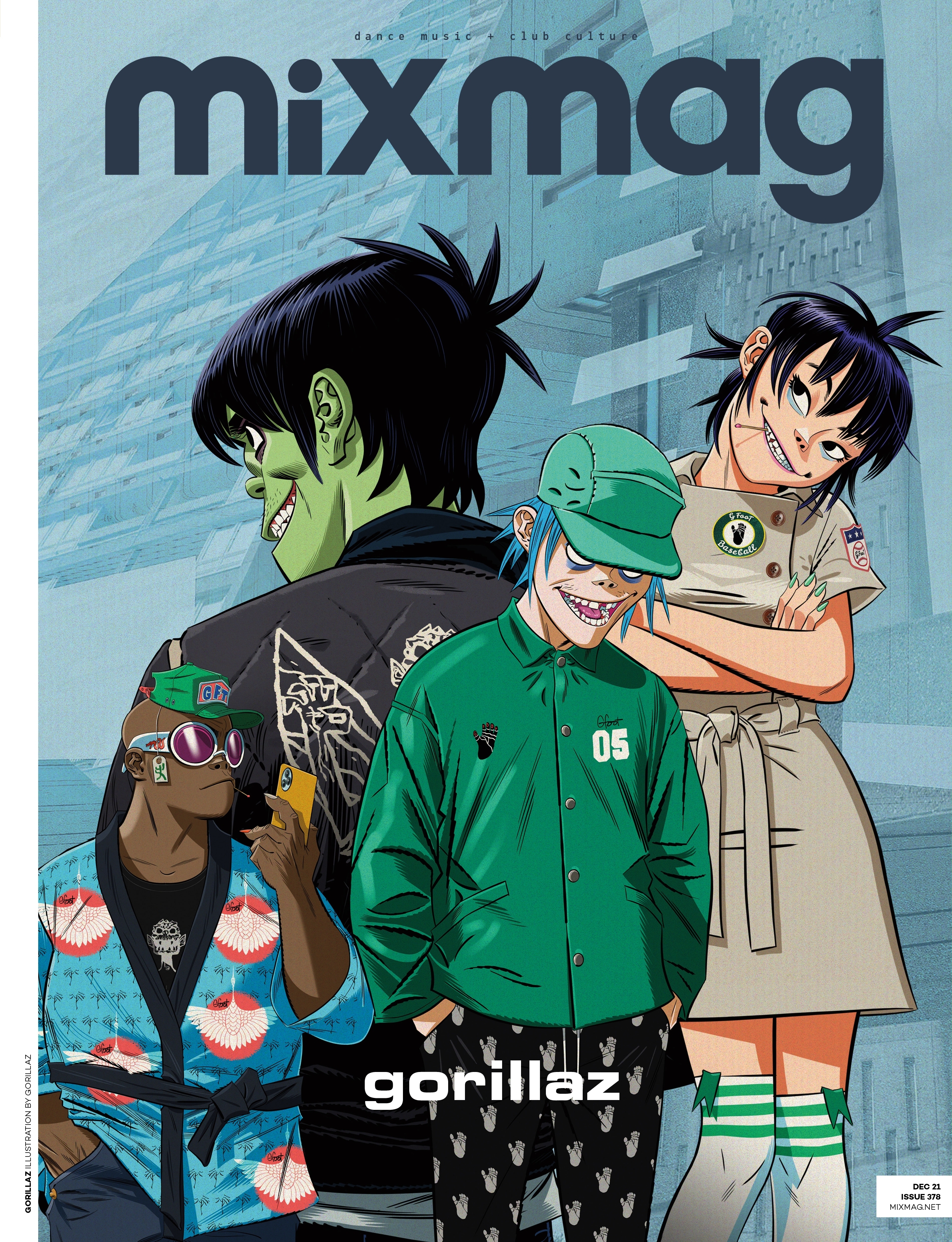 And that brings us to where we are now. Still lots of questions ahead but with several months of block parties behind us here in the UK, it’s clear that Gorillaz two-night stay at The O2 was the best show we could have witnessed in a year without Glastonbury. It certainly had the same firepower and arguably even better guests, and the first night was a special show for NHS workers. Like we said at the start: class, but in a cool can of Red Stripe kind of way.

If this was Coldplay, we’d have had a couple of pop singers and at best, BTS. With Gorillaz, the list of guests was so embarrassingly rich, I doubt we’ll ever see such glitter ever again. The first (first!) guest was Robert Smith from The Cure, echoing everyone’s thoughts with ‘Strange Timez’. Then former New Order bassist Peter Hook stepped up with the fuzzy pop classic ‘Aries’. And that was just the first 10 minutes. As the show warmed up, across the two nights audiences were treated to a celebration of charismatic performers like Shaun Ryder, Rowetta, Leee John, Little Simz, Slaves and slowthai, world premiere performances of ‘Jimmy Jimmy’ and ‘Déjà Vu’ with AJ Tracey and Alicaì Harley, West London talent with Jelani Blackman and the sensational Mangrove Steel Pans, as well as global icons like Popcaan and Fatoumata Diawara, whose ‘Désolé’ was a spiritual show-stopper.

The final 45 minutes saw a steady stream of heavy hitters swapping places on stage track after track, with some returning and some new arrivals, each bringing an injection of fresh excitement and energy to the climactic moments. The list of artists at the end was so beyond what I’d expected that it’s impossible to argue against this being the gig of the year. First came Fatoumata for ‘Hong Kong’ then ‘Stylo’ brought EARTHGANG, who stayed in place as De La Soul’s Pos jumped onstage to join the party for ‘Feel Good Inc’. Little Simz then linked up with NW10 legend Sweetie Irie for the jungle refix ‘Clint Eastwood’, and then Robert Smith returned for ‘Demon Days’, the closest we’ll get to rock royalty before The Cure tour Europe and England once again in 2022. 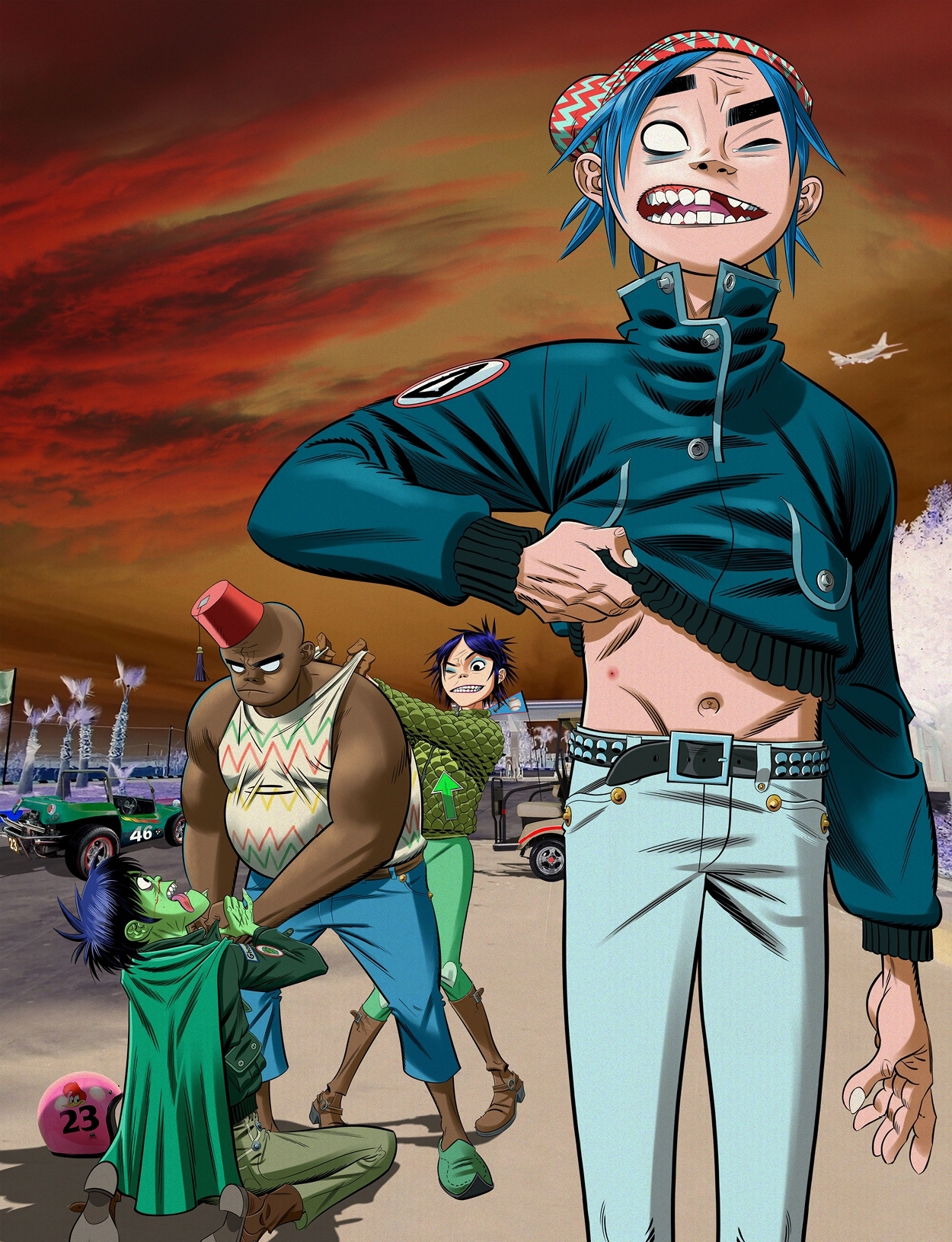 Soon after that August show, the band dropped a new EP which epitomised that new sense of raw energy within the ranks. The ‘Meanwhile’ EP featured AJ Tracey (on ‘Jimmy Jimmy’), Jelani Blackman, Barrington Levy and Alicaì Harley. Not long after they announced the 20th anniversary edition of their debut album that will come with a thought-to-be lost 27-page DMC dossier of leaked documents, memos, faxes and some early Jamie Hewlett drawings (also assumed lost in a fire), complete with an eight-disc vinyl set. If you’re a fan of those early sketches, this is the Christmas present to request. Make no mistake, Gorillaz are here to stay, and thank goodness for that. The lead song ‘Meanwhile’ from the latest EP of the same name is as essential as anything they’ve done.

As for the future: it’s too soon to say where they’ll end up, but their roots will always be in West London and on Portabello Road. Or as 2D said: “Meanwhile Gardens are just round the corner from Memory Lane. If you get to Crawley you've gone too far.” 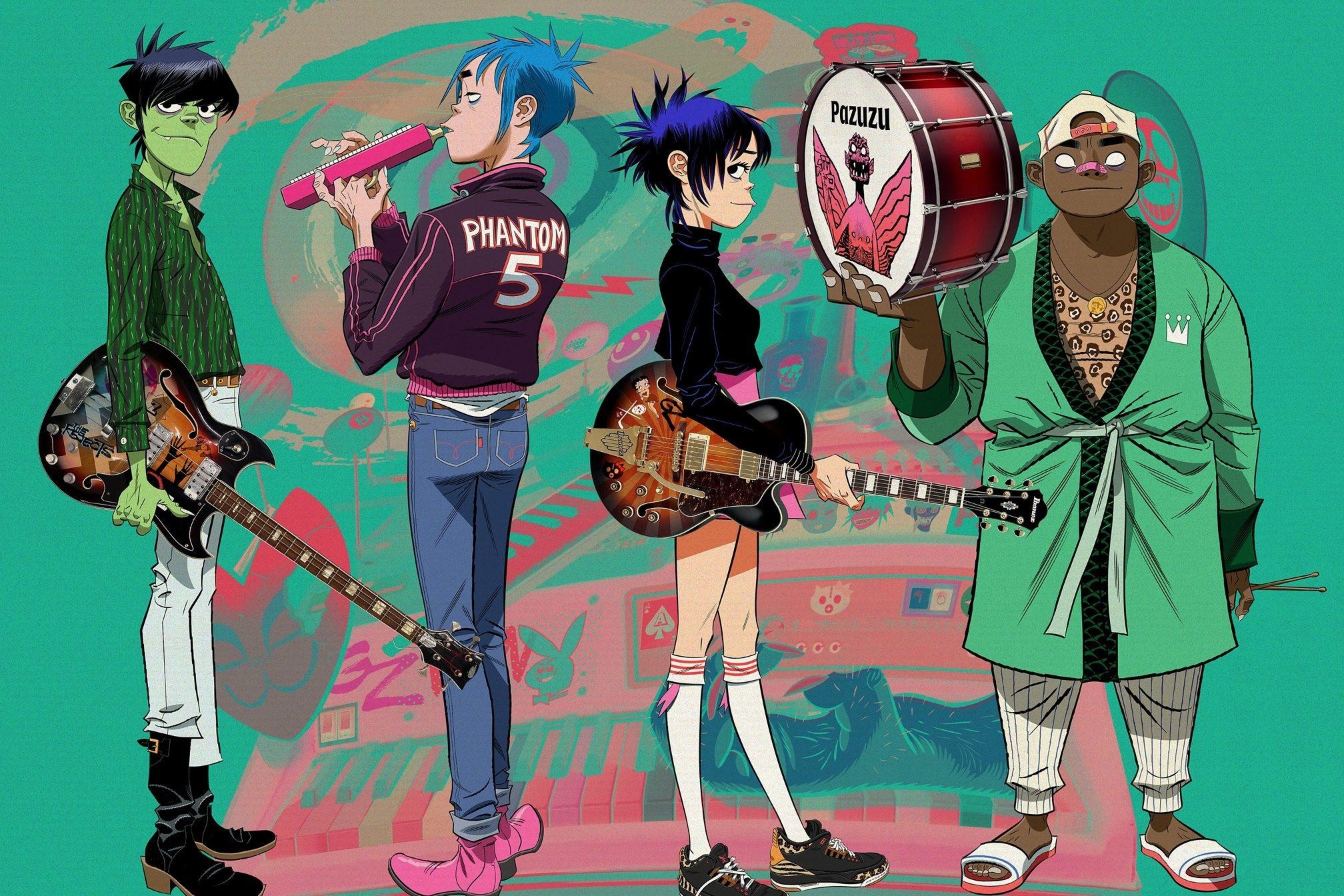 What’s it like being a Noodle rather than a Russel or Murdoc?

You cannot be what you are not.

Do you agree that Murdoc is in charge?

Murdoc is in charge of Murdoc’s world, which he believes is actually the whole world, but it is not. Murdoc’s world is not always a place others want to visit or spend a long time.

Did you see The Beatles Get Back documentary? Who is your favourite Beatle member, and do you ever wish you could have a fifth member yourself?

All Beatles did their thing and I like where I am now, but Beatles are a good example of how practice makes perfect. 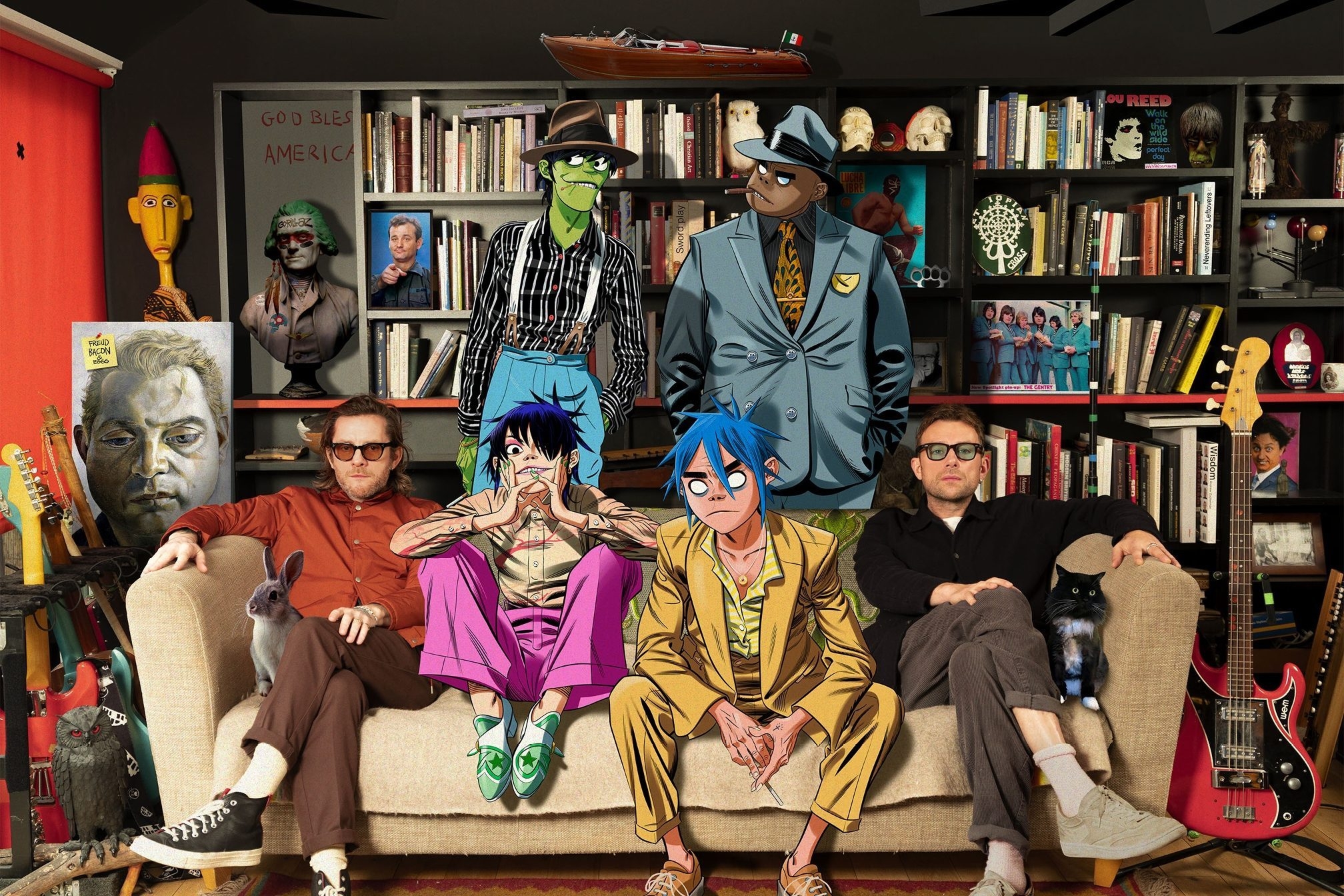 How were the O2 shows for you? What were the highlights?

A highlight is, as always is, the audience and magic which it brings to our group. Being able to perform after such long time was truly special.

All our behaviour reflects where we are, but it is good to test boundaries at times. 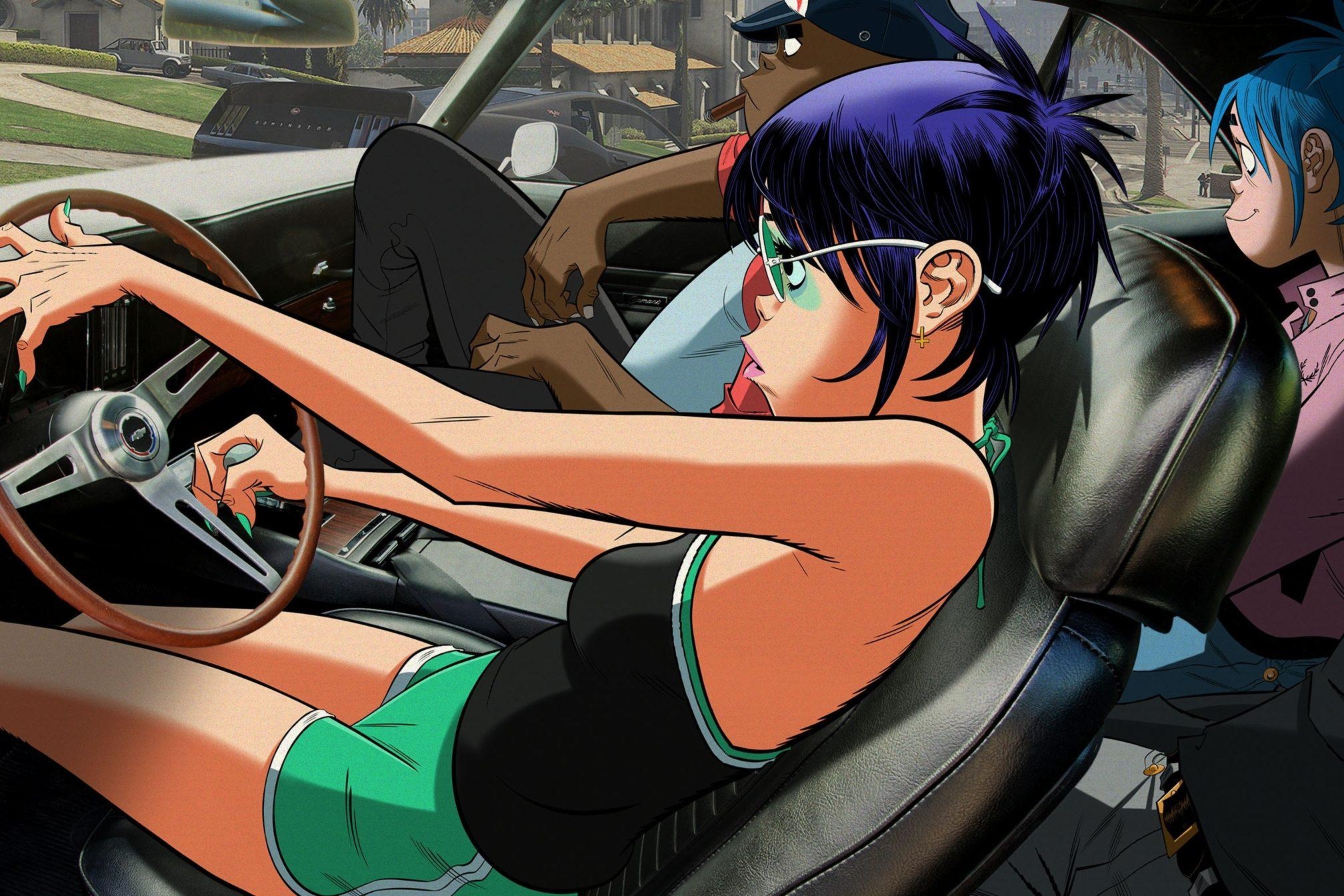 One of the highlights of this year’s live shows was the uplifting 'Désolé' with Fatoumata Diawara: what was it like to work with her?

There is no one like Fatou, she is the exception to everything and a guiding spirit. Her talent is endless, her grace sublime and her music fills hearts, as well as ears, of course.

Beyond her performance, Gorillaz were joined on stage by oodles of talent, from Shaun Ryder to Little Simz. Were you intimidated by anyone?

Being small I must never show my fear. To be heard you must speak quietly and everyone who joins our family does so with great respect.

Even old friends like De La Soul made it to the shows: did that make you emotional?

Very much so, they are like electricity wherever they go. Gorillaz family all carry with them great energy. To reunite in this way, all kind of emotion was swirling around the room with the 20,000 strong extended fan family. The energy was a feast for all.

The show opened with an appearance from Robert Smith of The Cure: are they an influence on the band and what was he like to work with?

Robert is fantastic. 2D says he loves his hooks, but I couldn’t see any when he was with us. Robert is a very generous person and cares greatly.

How does it feel to be in the biggest virtual planet on the planet? Do you object to the word virtual?

If you follow Chopra, or maybe Dawkins … no matter. Perhaps we are just projections of your mind, but importantly for me and anyway, I do exist, and that is all.

Who is your dream artist to work with after Elton and The Cure? Still Kate Bush?

What makes it special is the sparks when two or three worlds collide. It’s never simple and can come from the most surprising or unexpected place. So there is always excitement with a new collaboration. 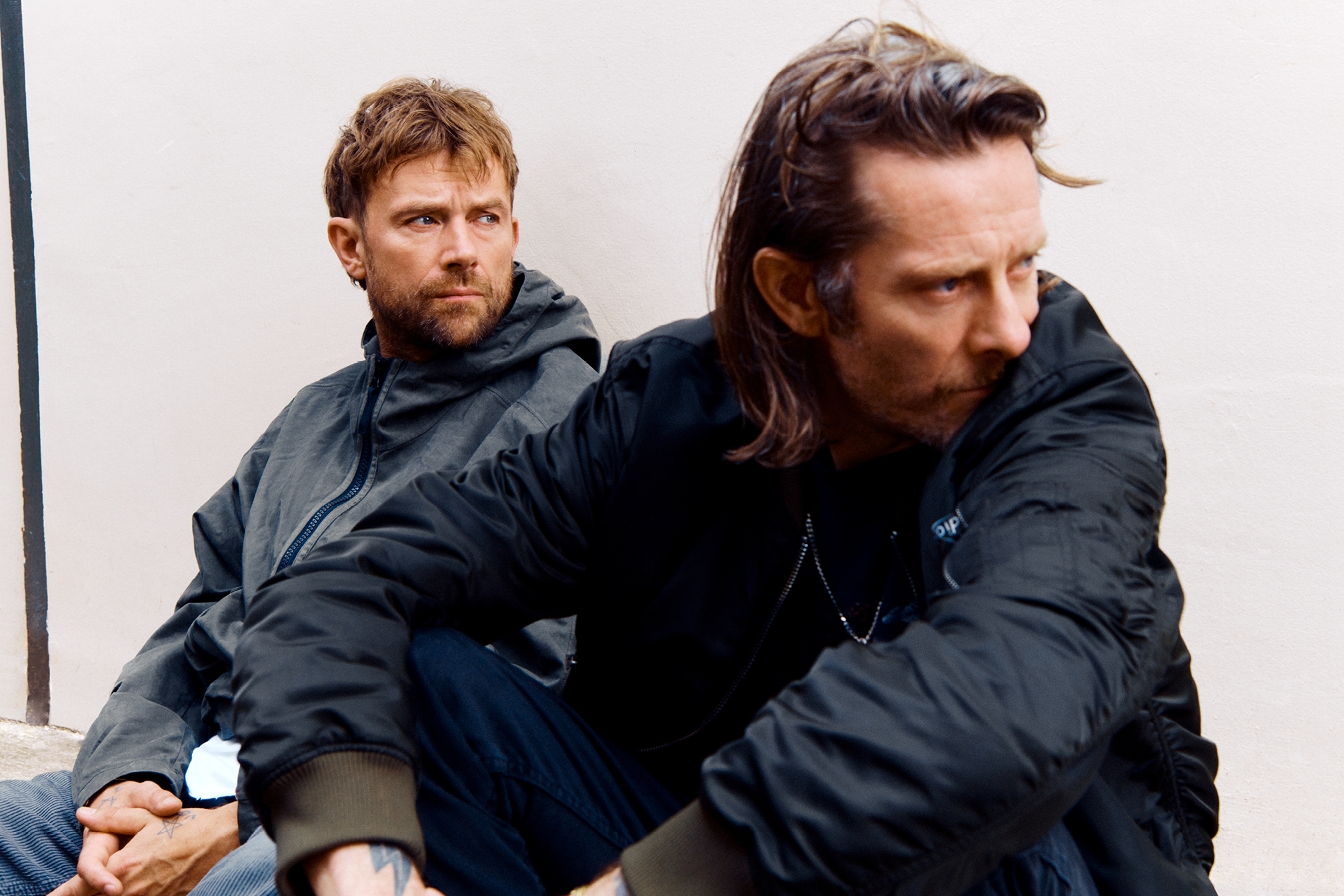 The Observer said the Song Machine shows were “a genre-straddling success story… Double drummers six backing singers Robert Smith, Peter Hook and slowthai guesting”: how do you keep your feet on the ground after such praise?

Gorillaz is collective and for community. The greatest joy is when we play together and if others like it, we are very happy indeed but glory is for us all to share.

There’s a new EP called ‘Meanwhile’ that celebrates West London and you have dissed Crawley in the PR… is London still the best place in the world for Gorillaz in the midst?

Gorillaz do not diss! 2D is at home in Crawley and knows it well, he uses his full knowledge of Crawley to navigate to other places. Like the sun, I travel west best.

Finally, in the wake of your Jim Henson award, if The Muppets asked you onto their show, would you say yes?