Vans is one of those brands that appeals to people from all walks of life. From skaters to ravers and even my dad, the brand’s kicks have been spotted on the feet of cultures spanning several generations (since 1966 actually, when just 12 pairs soldon their first day) and because of that, has evolved a subculture of its own. Marrying that subculture with music was a natural next step and the Vans Musicians Wanted competition was soon born, which aims to provide a stage for up and coming musicians just starting out under the same inclusive and wide-reaching ethos that its shoes were first conceptualized. More than 30,000 entries were received from all around the world across several genres when the contest closed in July, and five finalists were chosen from the Asia Pacific region who will compete head to head on September 22. Judging duties have been awarded to YUNGBLUD, Julia Michaels, Denzel Curry and 88rising founder Sean Miyashiro. Meet the finalists here: 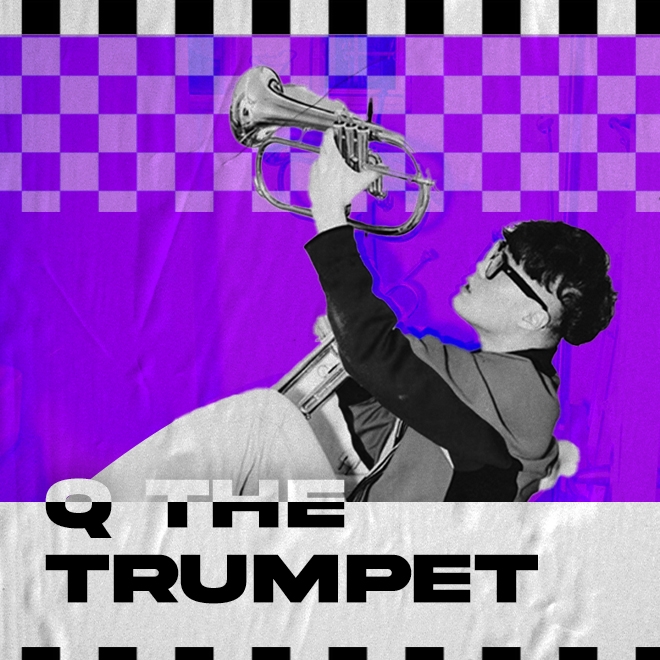 Q The Trumpet once through that life was less about having a purpose and more about surviving. He was just living life as it went, one day at a time. That all changed when he picked up a trumpet, which not only changed the course of his life, but also the person he is beneath the surface. Fast forward a couple of years and Q The Trumpet is blasting brassy leads into narratives that speak stories without the need for lyrics, reminding us that beat makers are as important as lyricists in popular music. Melding the sounds of big band brass with modern hip hop and smooth electronic sounds — and oftentimes even playing together with DJ — Q The Trumpet kicks out jams like you'd listen to while plucking an olive out of a dirty martini in a smokey club with red velvet curtains and bathrooms plastered with stickers 10 feet beneath the city of Seoul. With one album and two EPs under his belt alongside a handful of collaborations in his catalogue, we quickly discovered how wildly different Q The Trumpet’s music was from anything we’ve ever heard before and why he was selected as a finalist; his music has a way of moving people’s hearts in how he hits you with nostalgia and puts you inside the memory upon which his songs are built. 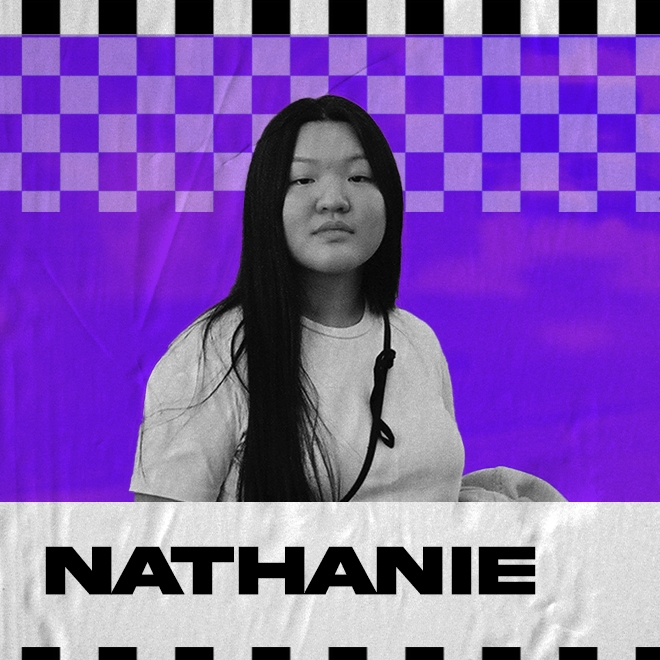 There's searing honesty to the distinctive musical musings of Malaysian singer/songwriter, Nathanie. Pouring her heart and soul into her sincere lyrical content and effortlessly smooth performance, she boldly pursues music as a means to actualising her authentic self – at the same time generating a safe space for those around her to same. Her honeyed neo-soul vocals embody a timeless quality, with jazz, RnB, hip hop and indie overtones combined under a warming, pop-friendly aesthetic. Full name Nathanie Ngu, she was raised in the Malaysian city of Kuching, and this year exploded into the TikTok limelight with her tongue-in-cheek song, 'Sunscreen' (which meditates on the perils of forgetting to wear sunscreen). Music has been a part of Ngu's life for as long as she can remember, but her journey into original composition began in 2017 when she moved overseas for college. Living in a new environment and with her established social network far away, she took to writing songs of imagined realities, creating vivid stories about the strangers who now surrounded her. Nathanie has collaborated with LA-based musician Zco and Indian guitarist Sannan to release an EP under the SZN moniker, with the trio first performing together while at The University of Arizona. The project is on hiatus due to current travel restrictions, but when physical studio congregation is once again possible, the talented collective plan to continue their communal project. Nathanie's refined vocal flow recently saw her invited to join forces with US soul outfit Nocturnal Theory on the single 'Drifting By You', and – with four solo singles already under her belt this year – 2021 is shaping up to be a breakthrough year for the young artist. With her most recent effort 'Paper' exploring themes of capitalism and the “illusion of wealth”, it's abundantly clear that Nathanie is an artist with something vital to say. 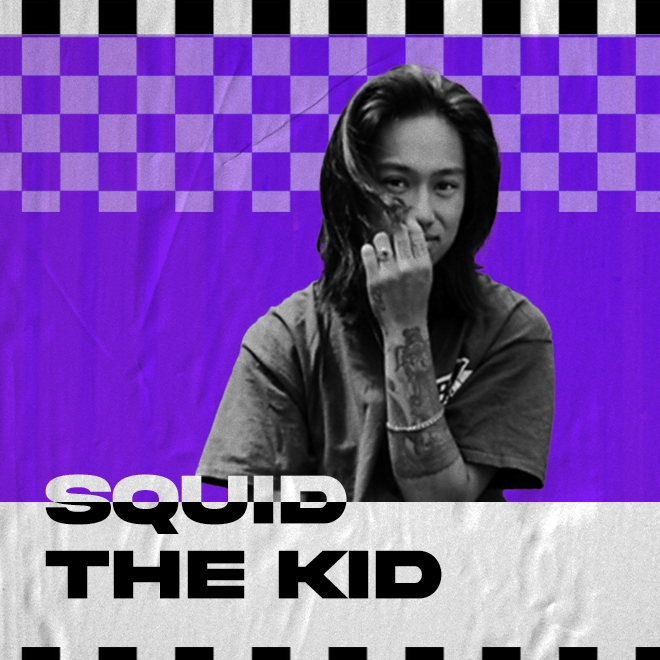 Squid The Kid is an artist driven by a brightly burning desire to live life by his own rules. Hailing from the suburbs of the musically rich Australian city of Melbourne, the burgeoning artist doesn't have to travel far in search of inspiration when crafting his irresistible sounds. Music runs through every inch of his being, and his production career was born out of an uncontrollable urge to turn his passion into an all-encompassing way of life. His debut release landed in 2019 when, following a year of studying nursing at university, he bravely quit his degree course to pursue his musical dream full-time. While he acknowledges that swimming against the 9-5 stream is an arduous challenge to undertake, his drive to overcome the obstacles he faces comes from a noble desire to show the world that with love, diligence, and hard work, anything is possible. This 'outside of the box' mentality shapes his sound, too, with hard-hitting jams that forge funk, soul and jazz with an uncompromising hip hop edge and a husky, off-the-wall lyrical flow. Inspired by the explosive new wave of musically-informed crossover rap acts like Anderson Paak, Mac Miller and Tyler the Creator, his songwriting incorporates honest, direct, and often humorous lyrics – making his feel-good sound as infectious as it is relatable. Speaking his personal truths with wildly entertaining tracks including 'Drunk Thoughts' and 'Lazy', there's undoubtedly a refreshing playfulness to his rhymes. While still in the formative years of his sonic quest, there's every sense that the polychromatic sounds of Squid The Kid are set to win him a rapidly expanding fan-base, as he continues to proudly blaze his uniquely effervescent trail. 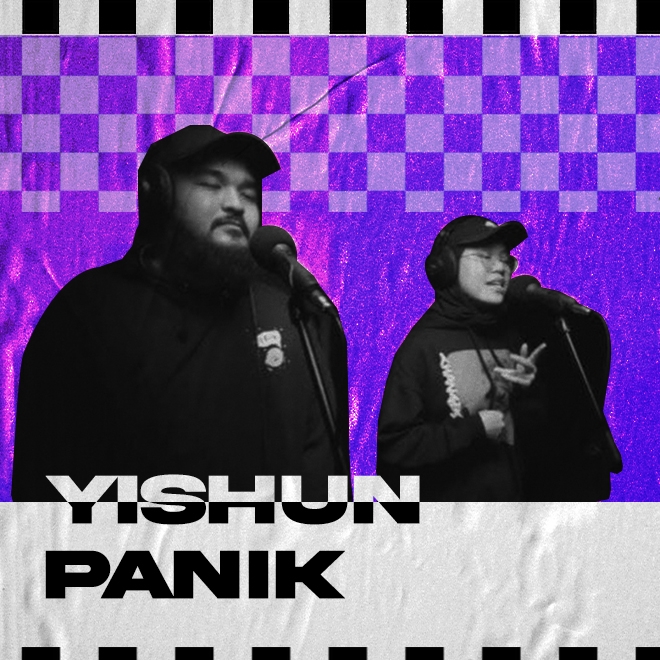 While these three artists are themselves unsure as to how they made it to be one of Asia-Pacific’s top five finalists for this year’s Vans Musicians Wanted competition, a quick listen to the charismatic voices and compelling groove behind Yishun Panik and there’s really no question as to why they wouldn’t have reached this milestone. Meticulously smooth, Afee, ihasamic! and Sean Tent lean into a perfect crossover of soulful pop with a dash of Lo-Fi grooves. Afee leads on vocals with an illustrious and snug expression, ihasamic! does justice to his namesake as the group’s rapper, whilst Sean crafts the three of their inputs together as the beatmaker and producer.

The best part about them is that they’ve only been together as Yishun Panik for about a month after getting acquainted over liking each others’ Instagram posts, which led to meeting at Afee’s studio (in the Yishun industrial park, an area in the North of Singapore where these cool kids hang out and jam) — so Yishun is their turf and Panik is just what Afee often does. What they concocted next was an irresistible sound and vibe on their debut single 'dance wif me', which tells us that this trifecta is just at the beginning of their amicable story in how three separate souls effortlessly crystallised into a well-formed positive unit. 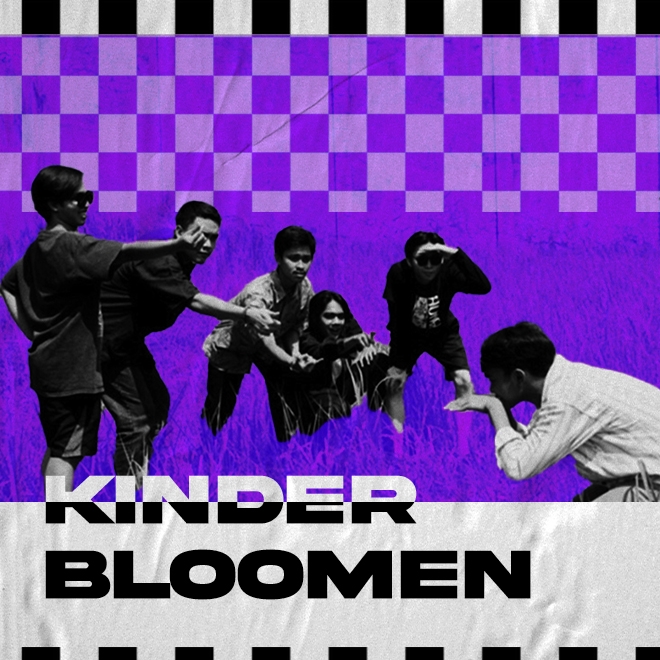 Hailing from South Jakarta, Indonesia, Kinder Bloomen is a psych-rock band that is comprised of six members who all contribute to the infectious energy that landed the band as a finalist in the 2021 Vans Musicians Wanted. The band members include Danang Joewono who takes the lead on vocals, Abdul Defashah who is seen on guitars and vocals, Ridzky Imam pairs up with Adbul on the guitars, Raka Soetrisno takes charge of the brass family with the trumpet, Ikhsan Fadillah hits those low notes with the bass and Luki Indra Malik completes the set on the drums. Each one of the band members has their own approach in how they portray their musical sounds, from a personal range of different tastes and perspectives — which in turn creates their overall style that comes together as an experimentation of sounds.

Their most recent EP is called ‘PROGRESSION I’ and includes three tracks that take the listener on a journey of life observations infused by psychedelic rock through visual art. The EP exudes high energy tempos, infectious guitar solos and distinct metallic trumpet sounds which echo the narratives of the release. For the fans who focus on a physical form of memorabilia, the band embraced the era gone by and release the tracks on cassette as well. The EP was heavily influenced by a range of musicians from King Gizzard and The Lizard Wizard, Surprise Chef, Mildlife and Mild High Club.

Prior to this release, the band launched two songs with its own youthful narratives: ‘Mobius Trip’ was an ode to the recklessness for the young and wild, and ‘Brainless the Third, on a Cloudy Mission’ is about being absent from emotions while running away from experiences that are unpleasant. The group’s first beginnings from a college band to where they are today revolves around their core goals to create music and a simple hope that others will love what they do as much as they do.