If you happen to be a member of the ‘Psy Trance in Taiwan’ group on Facebook, chances are you’ve come across Earthfest Revolutions or even its founder Blaine Whiteley. Established as a way to preserve musical diversity, Earthfest Revolutions is one of the most popular electronic music festivals in Taiwan among psytrance enthusiasts. Having been around for more than a decade, Whiteley conceived this festival as a manifestation of the liveliness of the dance floor and its culture.

Brought up in Thorne, a small mining town between Doncaster and Hull in South Yorkshire, England with a strong sense of community, Blaine Whiteley came from a working-class environment that slowly diminished as mines got shut down, leaving families orderless, without jobs and a sense of purpose.

With a deep interest in Political Thought, Philosophy and Economic Theory, Whiteley was one of the few young men who decided to leave for London in pursuit of his studies, allowing him to later concentrate on Cognitive Science and Artificial Intelligence. With the knowledge of comparatively new science-related subjects, Whiteley was confident that he had a fair understanding of consciousness and culture back in 1997 — the year he first arrived in Taiwan.

That being said, let’s take a trip back to 25 years ago.

1997 was considered a prime year for Taipei’s clubbers and ravers as they came to experience Goa trance in what was Taipei’s "legendary (and notorious) club” Edge and its resident DJ Dragon. Edge had to close its doors due to drug and mafia-related issues, which also saw the popularity of the music slowly decline. Even though the scene’s prosperity didn’t last long, the hypnotic melody and organic tribal bass lines of Goa trance have been giving the dance music community something to live for and to move forward with ever since.

Unlike the newly-discovered musical sprout being watered in Taiwan, according to Whiteley, in 1997 his native land had something different going on — British dance culture started being monopolised by clubs and promoters. The underground scene broke into the mainstream with their tracks being played on the radio. Also, the significant growth of producers and labels such as The Black Dog and Stasis impacted the electronic music world, quickening the movement along with how people enjoyed and made music. What was once a cohesive scene began to disperse into the commercial — whether or not that was the initial purpose. 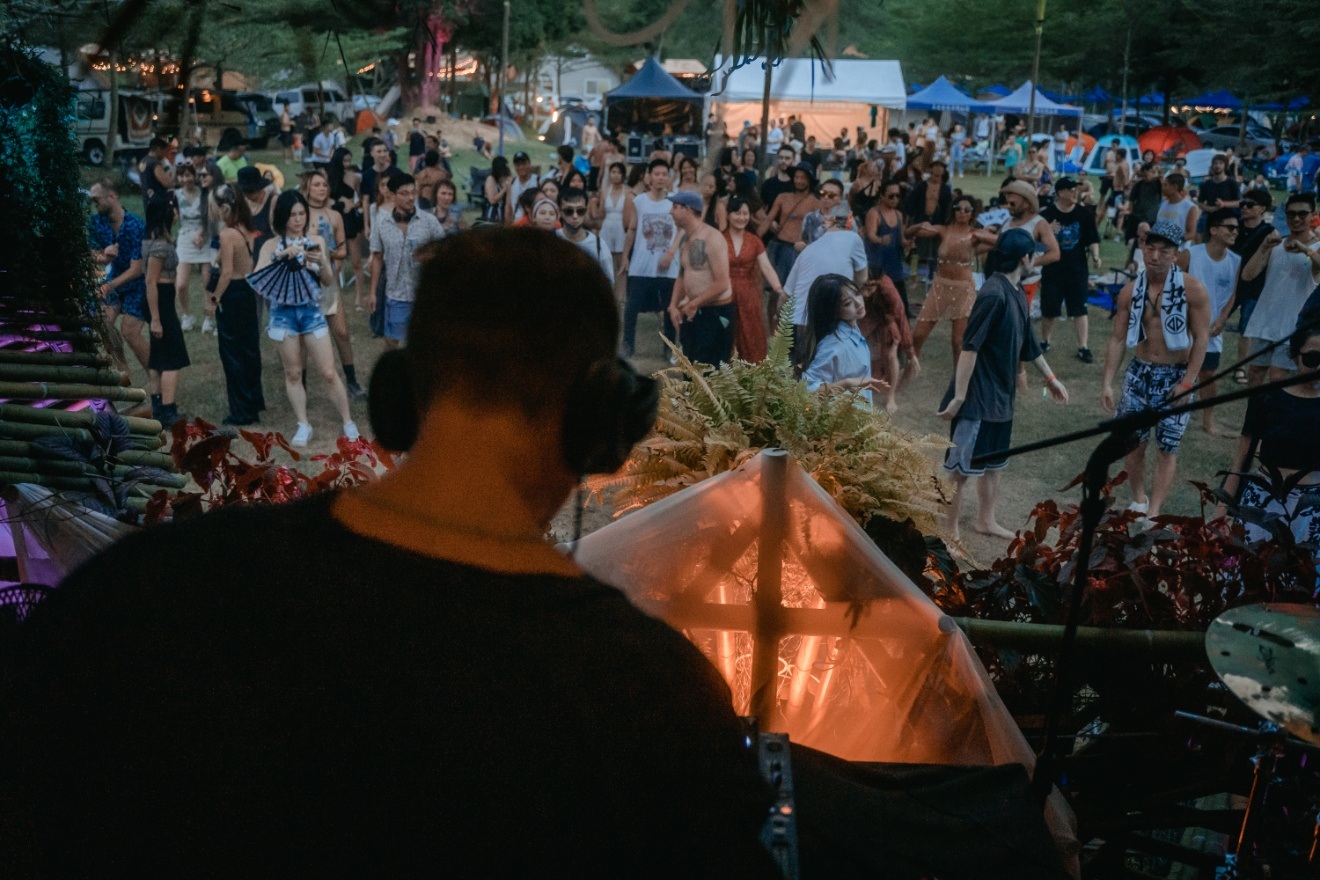 Same era, different stories… But the two locales would also come to share a similar fate. What Taiwan had in common with Britain is the path their rave culture went through. Fast forward to 2005, Whiteley shared how commercial interests began to take over, with “EDM and flashing forward facing dance floors took over”. Now more than ever, with clubs focusing more on selling tables and booths, the loss of the dance floor culture becomes more evident. Ironically enough, this initiated a final push for the youth to take back the dance culture from the notion of exclusivity, additionally creating ‘free’ parties and raves in more alternative venues i.e. warehouses and the outdoors.

“I just kept it alive in Taiwan,” Whiteley mentions about the dance culture in 1997, keeping it from being consumed by clubs and promoters. It all started with mostly him and literally every and any international backpacker that happened to be where he was. Combined with the fact that Whiteley got to meet lots of DJs across the nation as he was travelling in search of “fresh” music, people with shared interests began to gather around him, and before you knew it, the community was built.

Read this next: See old footage from early raves in Taiwan & Japan around the turn of the century

Seeing how Taiwanese DJs did not have the liberty to play in a free-form and unrestrained structure of sounds (as restricted by few clubs that existed at the time), Whiteley eventually persuaded them to join him in the mountains. The only condition: “They had to play mostly fresh music in high fidelity formats. No MP3,” he underlined. 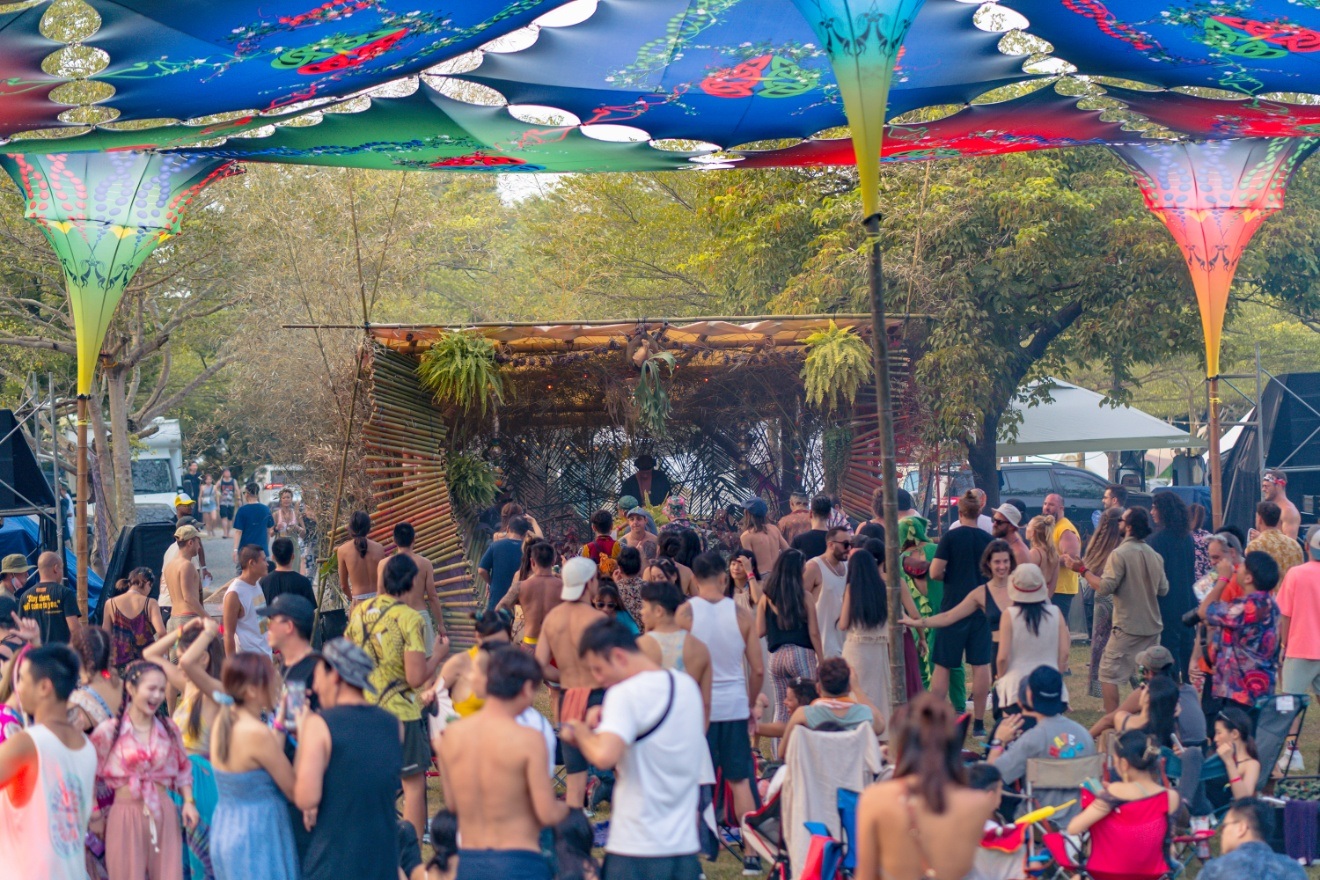 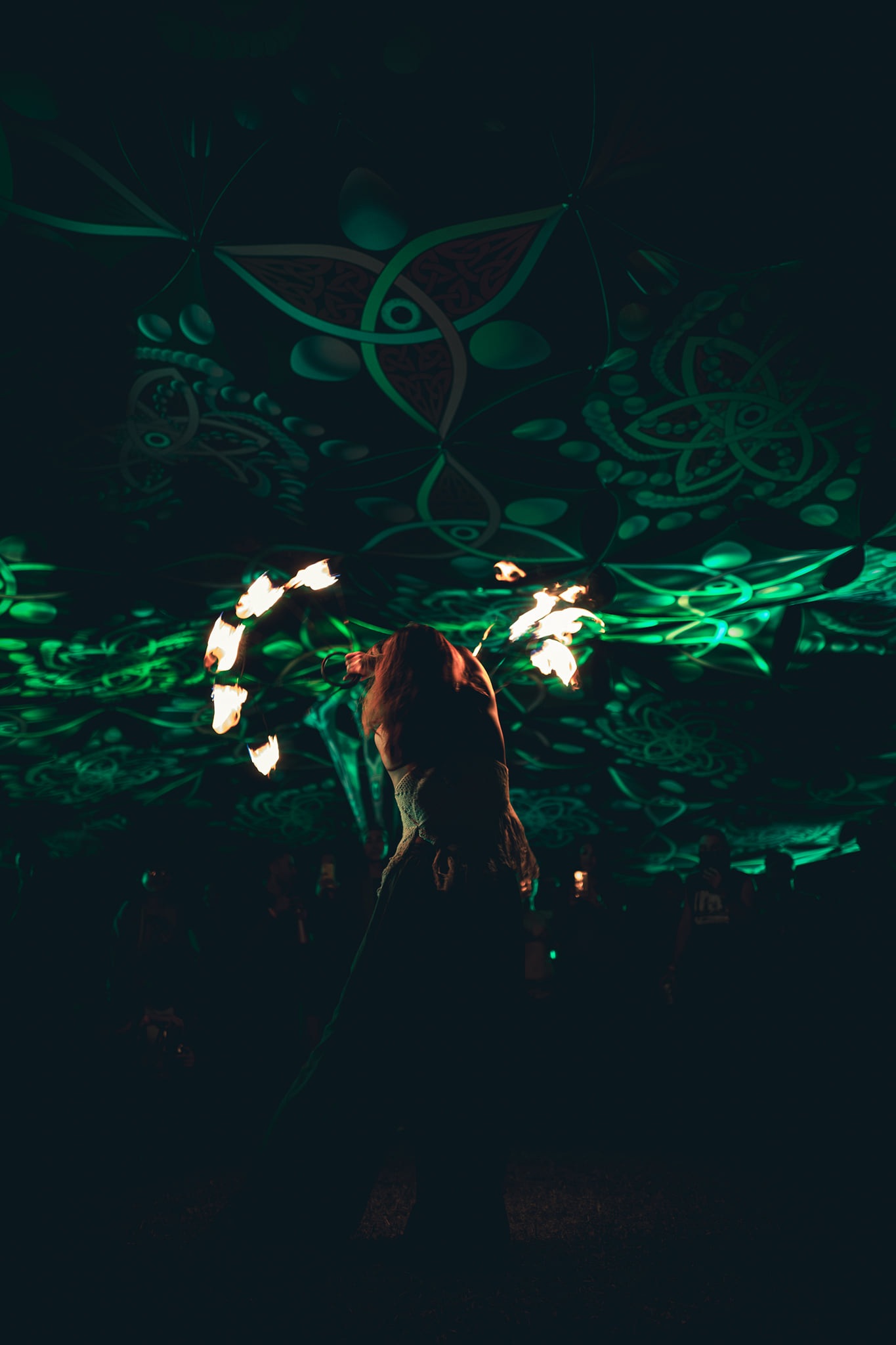 As time went on, non-stop parties in the mountains were put together. Accompanied by a great sound system, these raves also accommodated various genres, which quenched the thirst of a crowd that grew larger and larger.

“Earthfest came about as we spent more time making sure we left venues cleaner than when we arrived. As the government started clamping down on all-night parties with proper sound systems, we had to introduce more stages to maintain musical diversity.” This was how Earthfest Revolutions came to be a platform to basically keep music alive in the country.

So what does this have to do with the dance floor culture topic we were diving into before? A dance floor is (in my humble opinion) best described as a place where people are blended with the abundant layers of hypnotic melodies, the enchanting fusion of techno, the transcending of mindful headspaces and the flowing range of groovy vibes. The playful dynamic of synthetic sounds, electro snares and fast-paced kick drums enhance this experience, allowing festival-goers to be “Here and Now” dancers. “Here and Now” is an expression that Whiteley kept mentioning throughout our conversation. It’s the natural sensation of living and acting from the inner impulses of oneself.

“A healthy dance floor is filled with ‘Here and Now’ dancers, with little interest in taking selfies. After a solid hour or so of stomping to beats and making eye contact with other ecstatic dancers, when we take a rest, we really communicate from our hearts.” 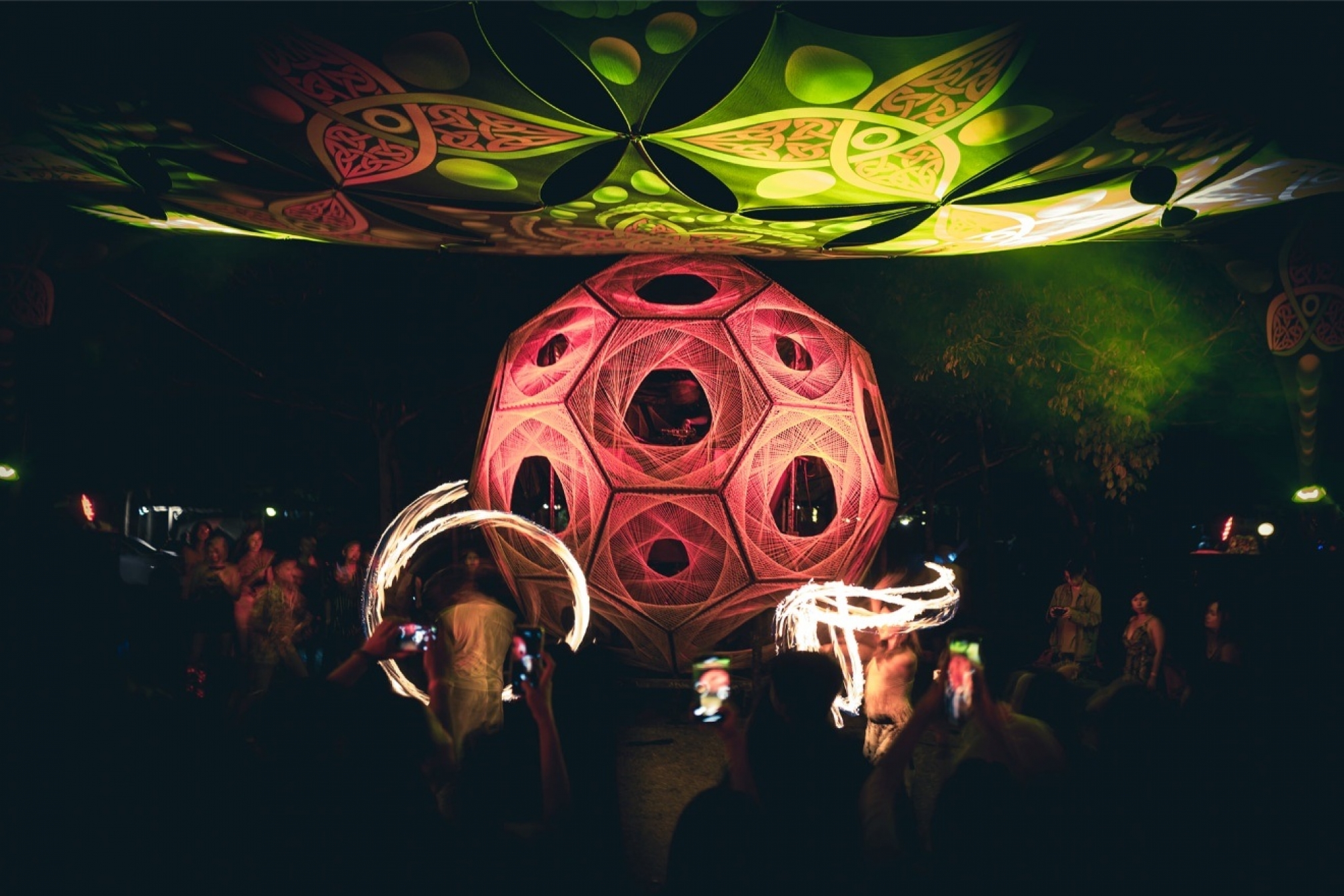 The magical world and culture of the dance floor are certainly what people embrace and imbue themselves with. Without the use of any advertisement, it provides music and dance enthusiasts a common ground that is centred solely around art. Without the effect of commercials or sponsorship, it opens up the authentic state of an electronic music and arts festival and its underlying natural, core values. The idealised “tribal” component comes through when you can feel the crossroad of your consciousness altering the spiritual sense of community and solidarity, despite any differences.

Perhaps Whiteley says it best; “A few experiences like this will awaken you to another world where you guys are all tribal leaders, all the same human animals, all the same conscious loving beings.” 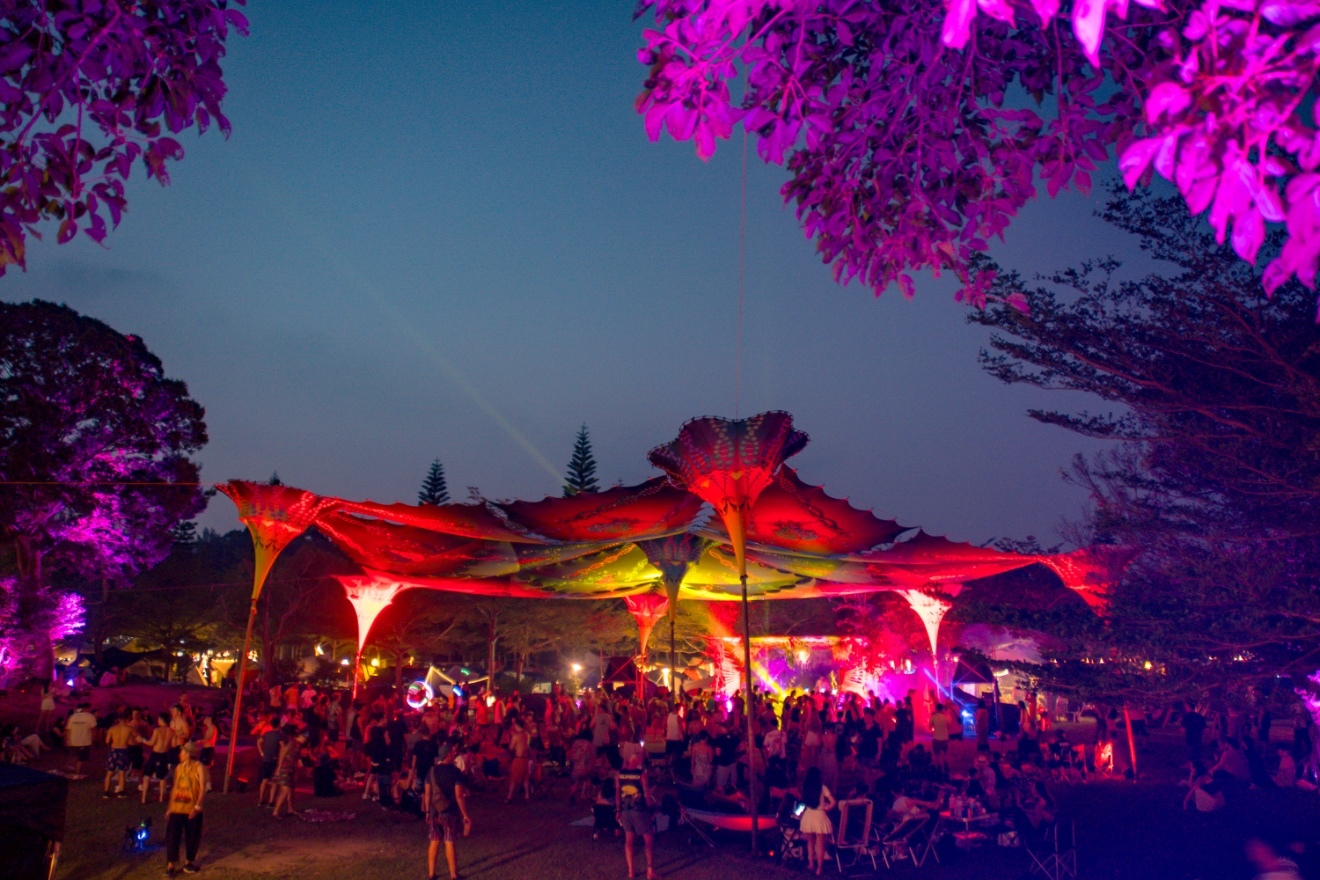 Psytrance and psychedelics are often seen as complementary, which surprisingly is the misconception mainstream media has been showing. Alternating the conscious or sub-conscious mind can be achieved through many practices such as meditation and breathing exercises.

Whiteley goes on to mention that when it comes to psychedelics, “Strangely, our cultural leaders [the elders and tribal shamans] seem to go through cycles of encouragement, allowance and restriction” towards something that’s “discovered new ways to help the youth to find themselves.” However, he personally hopes that mind-altering substances should come with a proper educational program that prevents addiction and abuse. 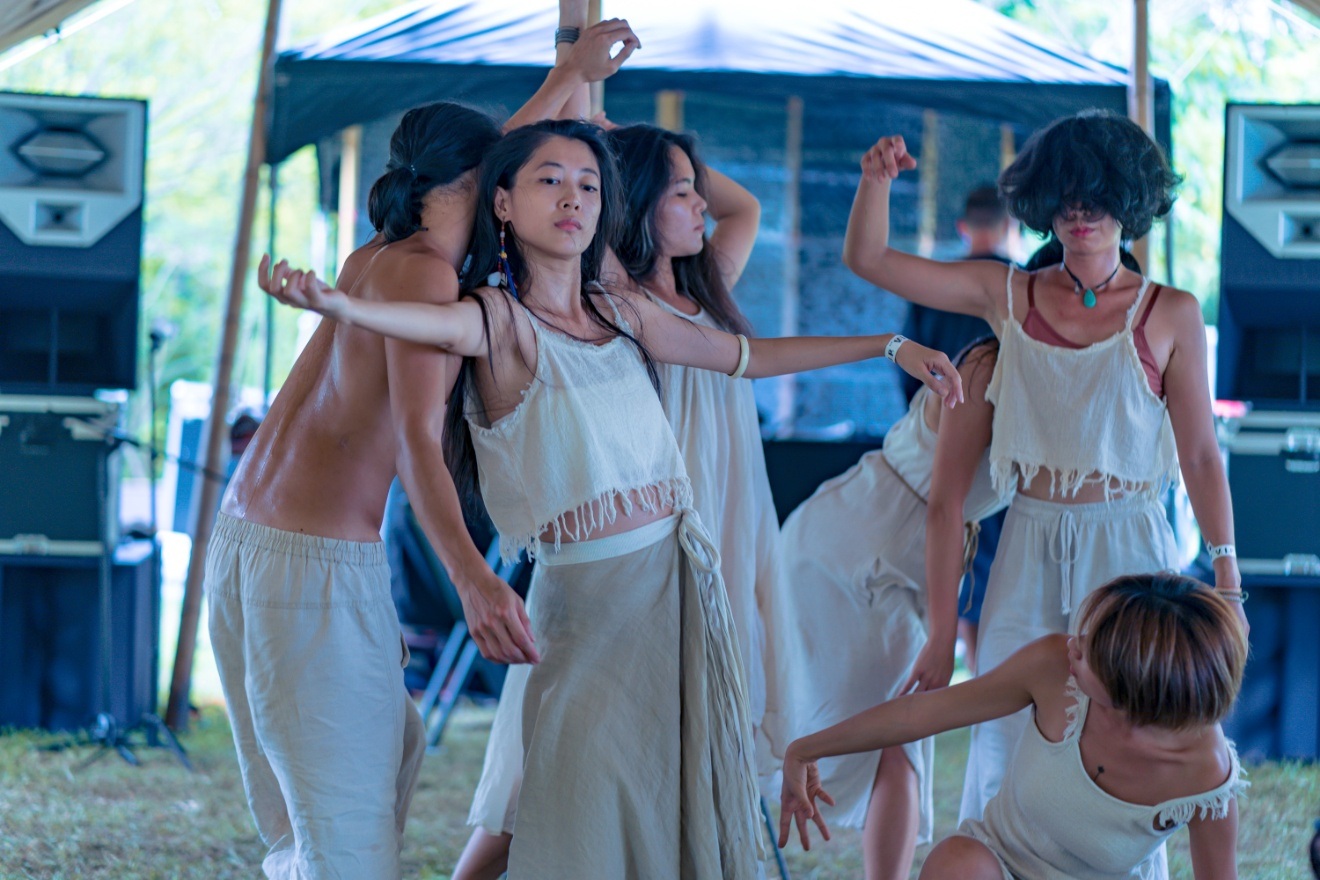 From Earthfest Revolutions we can see how the festival gives nuances towards understanding the psychedelic trance community and what to expect in the multi-layered structure of a human being; heading out into nature, being open towards learning about the transience of time, feeling the juxtapositions between self and tribe while in a community-based environment. As you do so, an active change in sonic frequencies and metaphysics will start to appear and show you the abstract of one’s complexion in the musical dynamic of a dance floor. Accordingly, you will drift into the ether where your “consciousness is in the Here and Now," as Whiteley says.

For more info on Earthfest Revolutions, head over to their Facebook page here.

Katherine Doãn is an intern at Mixmag Asia. Follow her on LinkedIn.