As HNNY’s 2012 garage stomper, ‘For The Very First Time’, was breaking down a few Fridays back at Dada Beijing on the first stop of his 50 Years on the Decks: 1970-2020 tour, Andrew Bull, better known as DJ El Toro took a peek from under the brim of his fedora to scope out the crowd and see if he had gone a little too far. What he saw was magical. When the breakdown finally transformed into a thumping disco house beat, El Toro threw up his hands and the crowd screamed in ecstasy.

“Music is my ammunition,” Bull said of the moment. “The sound of the ‘ohhs’ from the crowd is the celebration. It was really one of the best gigs I’ve done as an artist. We had the right energy from the right crowd. They had done their homework and were well prepared. They’re not getting a cartoon playlist of ‘We are Family’ from a nostalgia act.”

Bull went on to praise Michal Ohlsson from the Dada clubs in China as a man with a great master plan. “Michael is an excellent curator. He can see an outcome and make it happen. I delivered for that crowd and they delivered for me.” 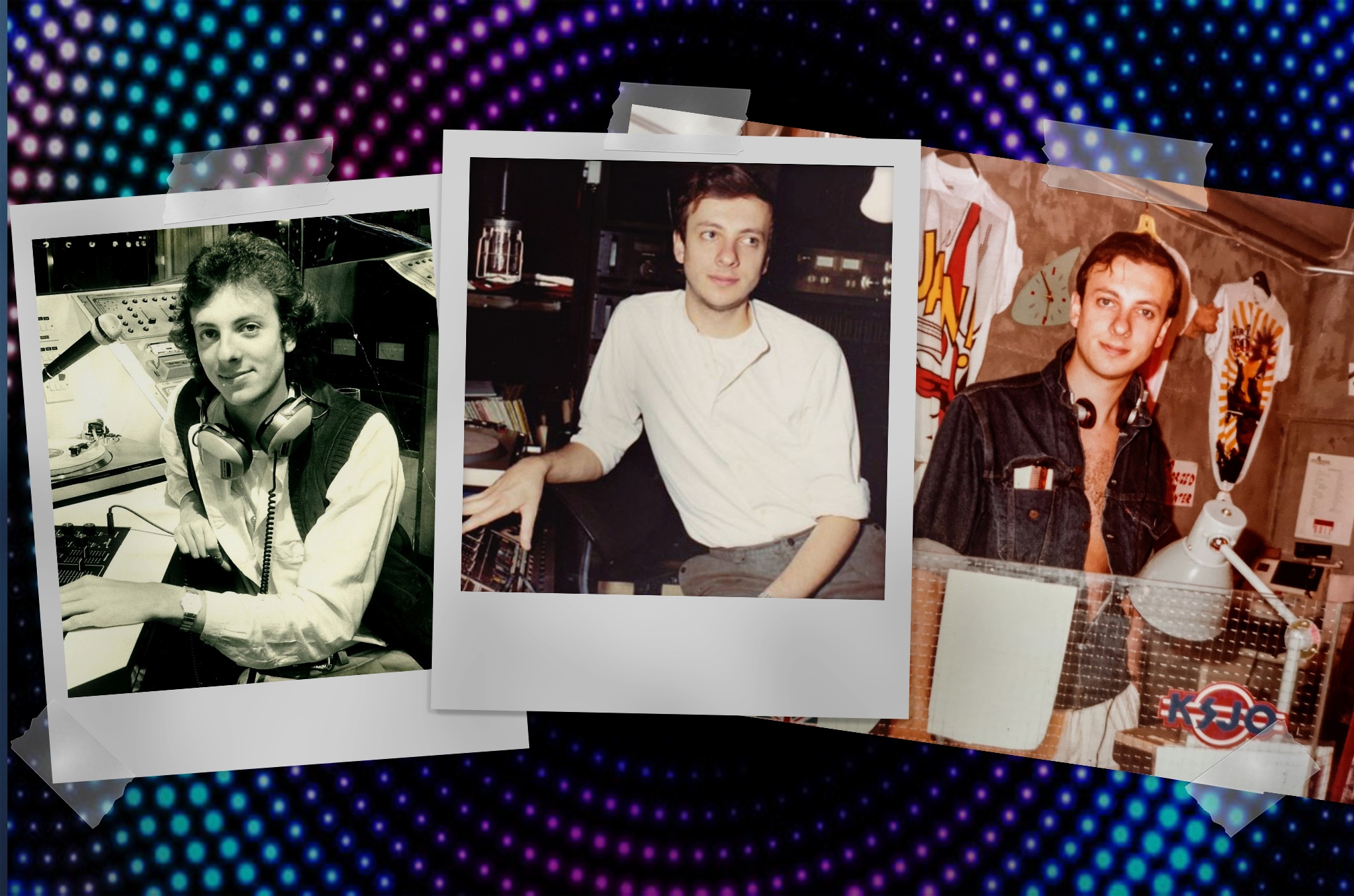 Bull’s 3.5 hour journey of disco and house music at Dada was only the latest in a 50-year career that started in Hong Kong on Valentines Day in 1970. With a father who was a priest in the British army, Bull got to tag along while he made religious recordings. He then became very familiar with studios and got the bug to be a second generation broadcaster.

At his first DJ gig at The Scene in The Peninsula Hotel, Bull played rock with dancier beats that were popular at the time like Rod Stewart, Gary Glitter, T.Rex and Traffic. “The music then was much closer to Led Zeppelin than ‘Kung Fu Fighting’,” said the artist.

The first-time DJ hit it out of the park and was soon playing six hours a night six nights a week to a club that was full of well-heeled locals, New York fashion designers and toy moguls who were in Hong Kong on business trips. “The Scene was umbilically connected to New York City. People would bring me tapes. Anyone who was anyone in Hong Kong was at The Scene.”

In New York City at the time, David Mancuso was starting his storied Loft parties. The Scene became a version of the Loft in Hong Kong as disco started taking off around the world. “Disco showed the power of community through lighting and sound,” he added. “It was just a gorgeous vision of social harmony and liberation of that time. Disco was the social networking of the day.”

"It was better than being at the University of Disco"

He continued, “R&R ships would dock in Hong Kong and 4,000 US soldiers who were fighting in Vietnam would disembark for 10 days of debauchery. A lot of the troops loved The Scene and would request songs like Kool & The Gang’s ‘Hollywood Swinging’ or BT Express’ ‘Do It (Till Your Satisfied)’. I even played a party to celebrate the end of the Vietnam War. It was better than being at the University of Disco.”

The Scene eventually shut its doors because luxury retail was a bigger earner at The Peninsula Hotel. This cessation didn’t get Bull off the tracks. Instead, things only got bigger as he signed up to run the operations at Canton Disco, Hong Kong’s answer to New York City’s Studio 54. “On our opening night, we had 11,000 people come through the doors of a place that only held 1,500, but we survived.” Bull continued, “The basic ethos of Canton Disco was a political statement. We were in a defiant location in Kowloon and it was strange for a foreigner to be running a pop disco designed for Cantonese-speaking people. Canton Disco was the most Hong Kong side thing to hit Kowloon in a long time.” 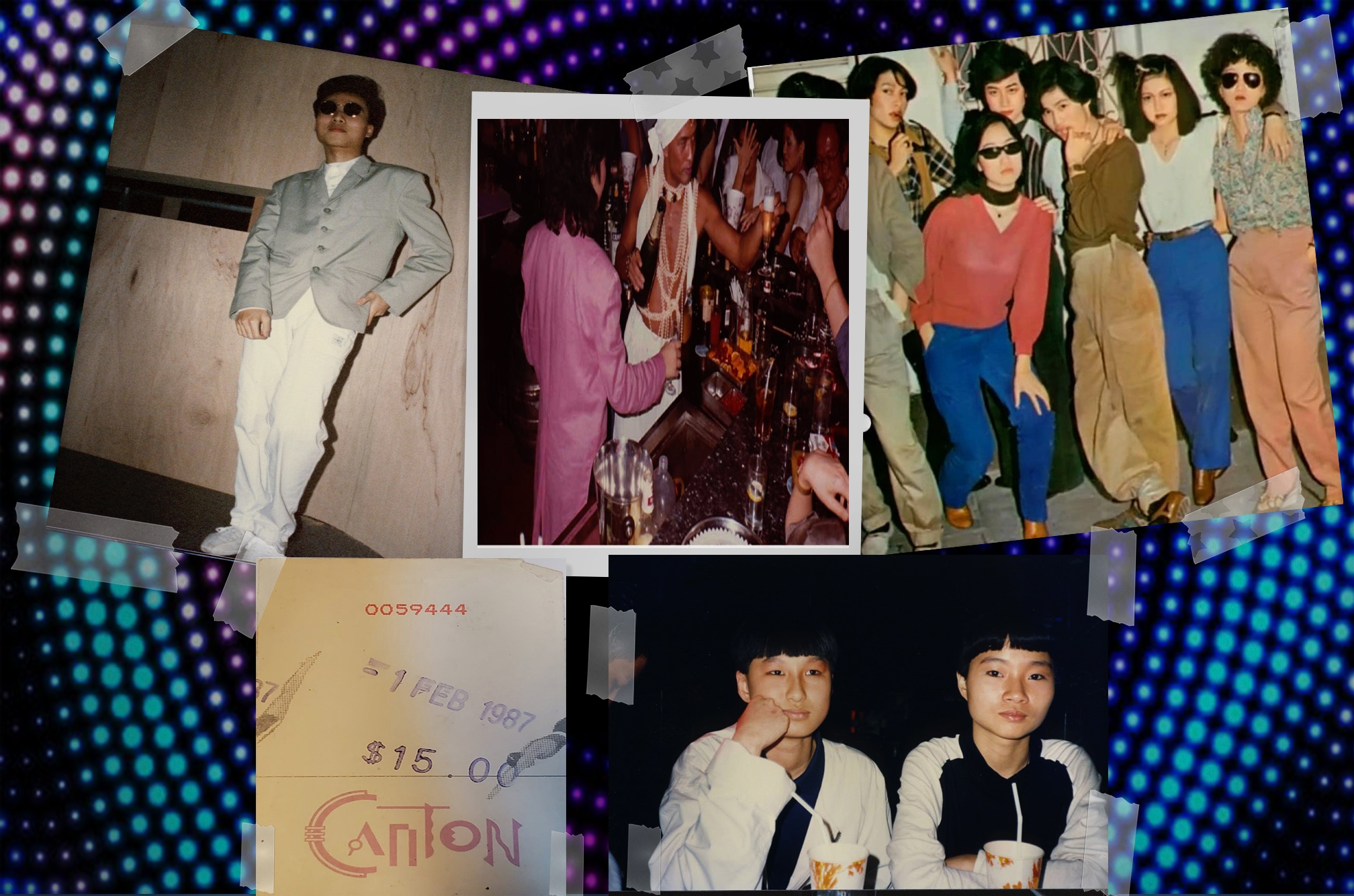 Canton Disco is permanently etched into Hong Kong nightlife’s history books for many reasons. Divine, John Waters’ drag queen muse, performed the opening night. Erasure had a gig there. Kylie Minogue performed for the first time ever there, too.

Locals remember Canton Disco fondly because it was open nine times a week. This included each night, as well as Noon D, a booze free disco for teenagers on Saturday and Sunday from 2pm to 6pm. This was so influential that there is a very active Facebook group with 3,000 members who post pictures of the glory days and YouTube links of the music that was played at the time. “Clubs were not associated with drugs, gambling or vice. Dressing up and going to a disco was perfectly acceptable for any member of society.” 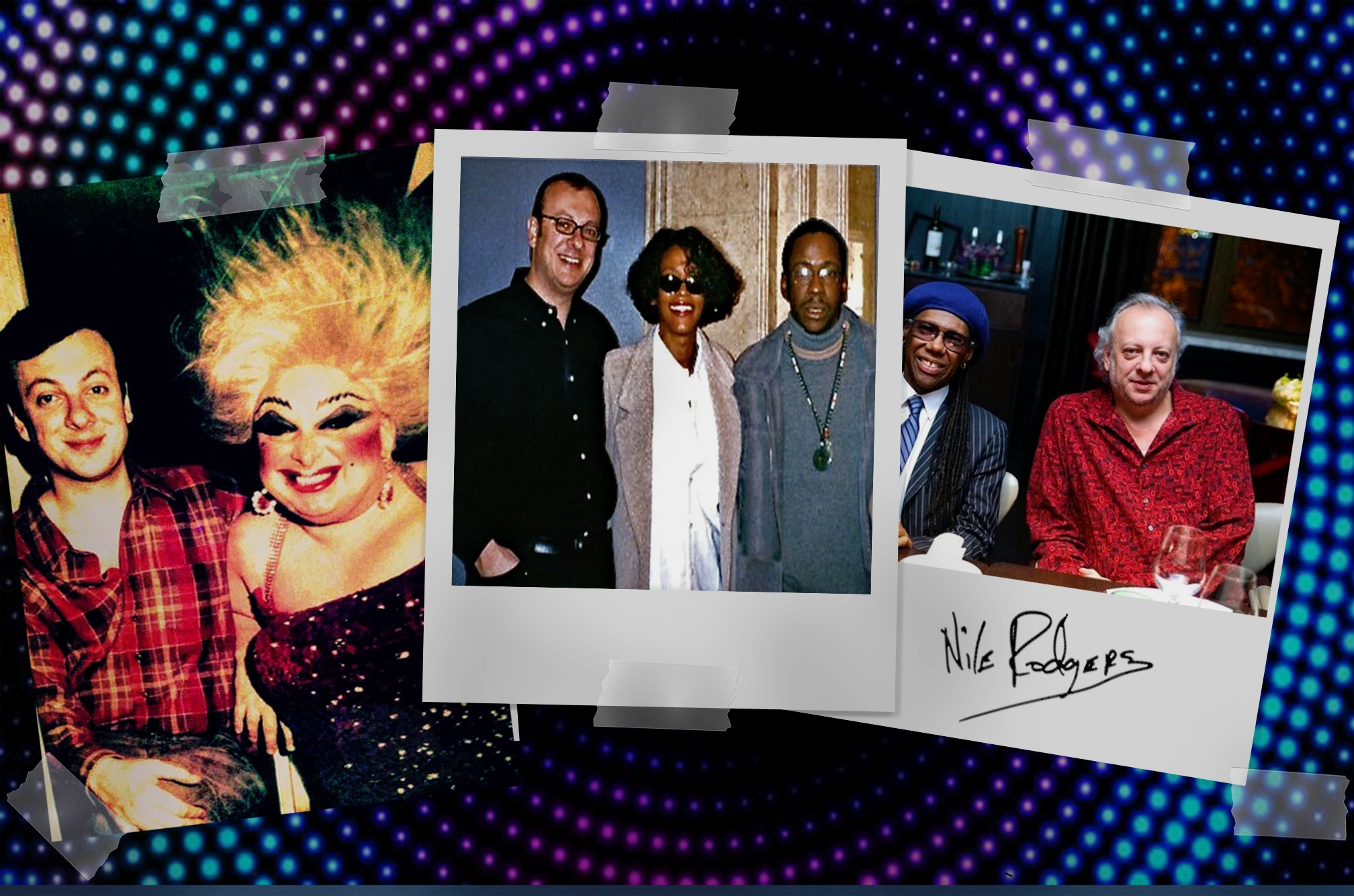 After Canton Disco ran its course, Bull started promoting concerts and brought some of the biggest names in the world to Hong Kong. Diana Ross, Phil Collins, Simply Red, Paul Simon and Whitney Houston were all shows that Bull had a hand in putting on. In 1997, Bull had the genius idea to put on the Unity concert featuring Grace Jones, Boy George, Pete Tong and Paul Oakenfold to celebrate the handover from British rule to Chinese rule. Over 12,000 people showed up and danced until 9am. “Even though the event went fairly smooth, there was never a booking allowed with that many people in Hong Kong until Clockenflap.”

While business was good, all of the concerts didn’t go as well as Bull hoped. “We booked Celine Dion and didn’t realize she only had one hit, so we lost a lot on that. Also, we had Michael Jackson set to play at the Hong Kong Jockey Club during the offseason. MJ rescheduled into the season and they said the horse races were more important than the concert.” 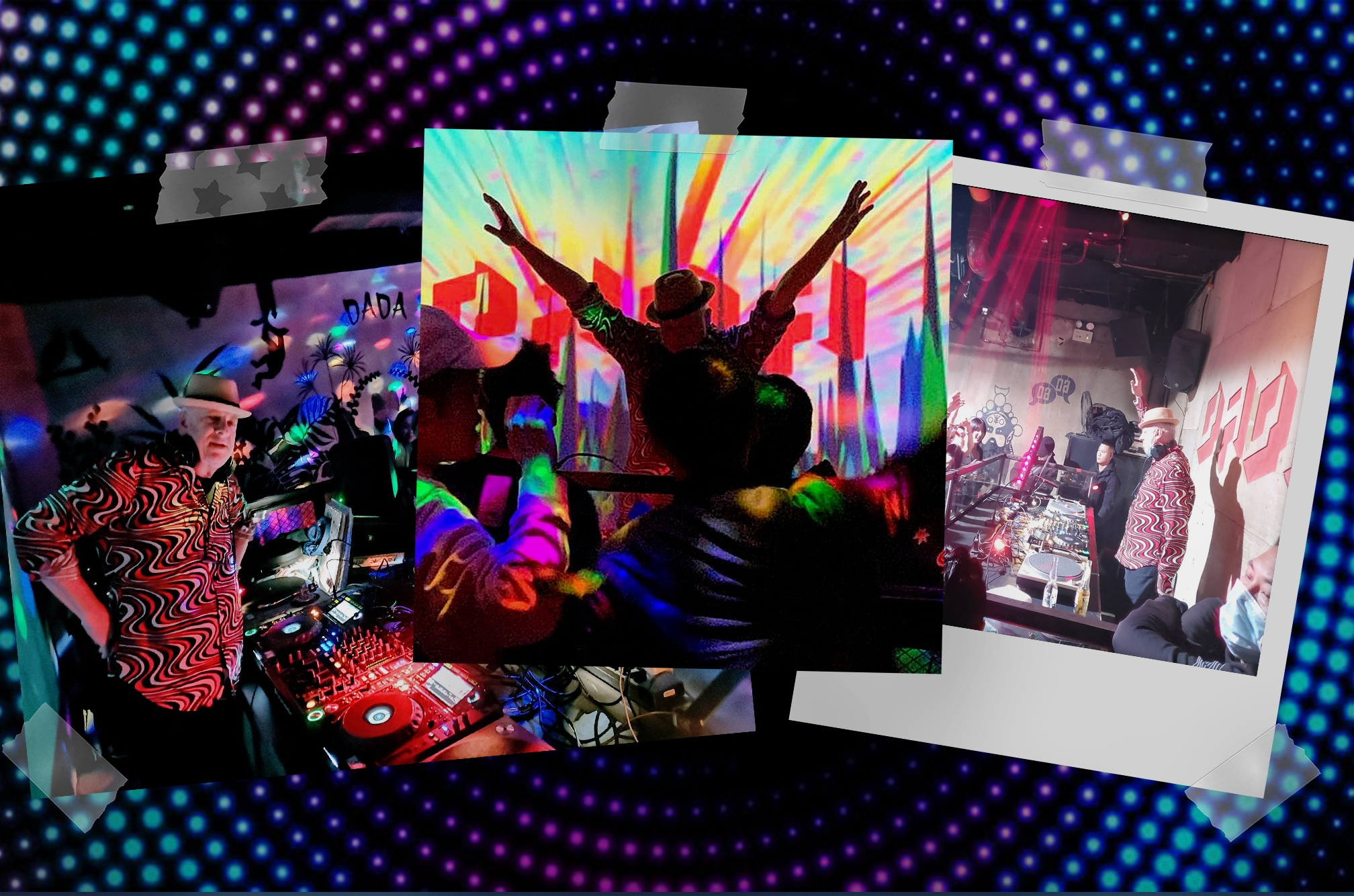 Ever since Bull started DJing, he’s been connected to the dancefloor. When the rave scene started in England, Bull took those ideas and interpreted them for Hong Kong. Bull moved to Shanghai and ran a marketing agency for 20 years that would do branded tours in China with DJs and other artists.

Now, Bull is very content to be doing parties again. “To be honest, I mothballed my DJ career. I took 25 years off because the last thing I wanted to be was some guy DJing inappropriately into middle age,” Bull said. “I’m finally comfortable behind the decks again. I can pick and choose my situations and do what I do best. That’s what this tour is all about.”

DJ El Toro’s next stop on the 50 Years on the Decks: 1970-2020 tour is December 5 at Mono House in Nanjing. More information is available here.