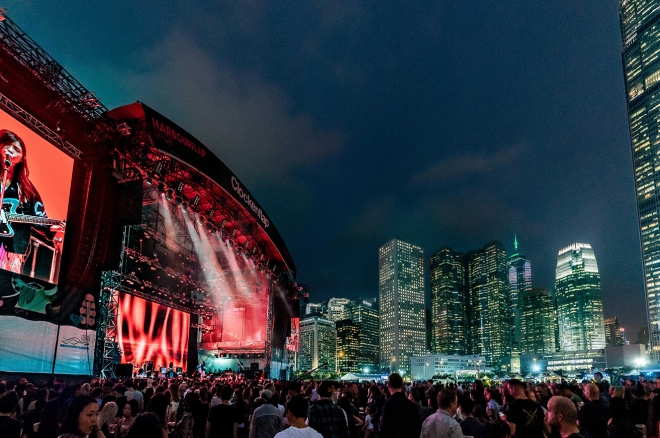 It has just been announced that Hong Kong’s most popular, most anticipated music festival Clockenflap has been cancelled for the year 2020, unsurprisingly. The announcement from Clockenflap’s official Facebook page reads: “Due to the dynamic nature of COVID-19 and the effects on international travel, it’s impossible to deliver the depth and breadth of Clockenflap festival that we strive for each year.”

The festival was founded by Justin Sweeting, Jay Forster and Mike Hill in 2008 and has successfully drawn in large crowds of locals since then, with approximately 1,500 people attending the 2008 event and approximately 80,000 people attending the 2018 event. The lineups over the years have included both smaller up-and-coming, local indie acts and louder, international household names from a variety of genres: Erykah Badu, M.I.A., and New Order, to name-drop a few.

With Clockenflap being one of Hong Kong's most anticipated yearly events, to say this is disappointing would be an understatement. This year’s cancellation is the extremely unfortunate sequel to last year’s unfortunate cancellation. The star-studded lineup of Clockenflap 2019 included Halsey, Mura Masa, Lil Pump, Honne and many others, and was scheduled for November 22 to 24. It was cancelled due to the escalating political and social tension of the city at the time, at the height of the 2019 Hong Kong protests.

The founders of Clockenflap were also involved in the 2017 debut of Sónar Hong Kong, which is a Barcelona based music, arts and technology festival. Sónar’s third edition was also cancelled last year due to the political and social situation of the city.

The news of this year’s cancellation comes as Hong Kong is currently experiencing its third wave of COVID-19, with more than 61 new cases just in the past week, most of them local, and many of which with untraceable origins — which leaves us feeling that the right decision has been made. Thankfully, we can all look forward to the planet hopefully shifting back on its axis ahead of Clockenflap’s return in 2021. It’s true — they have finalised the dates for the event in 2021. See you in November. 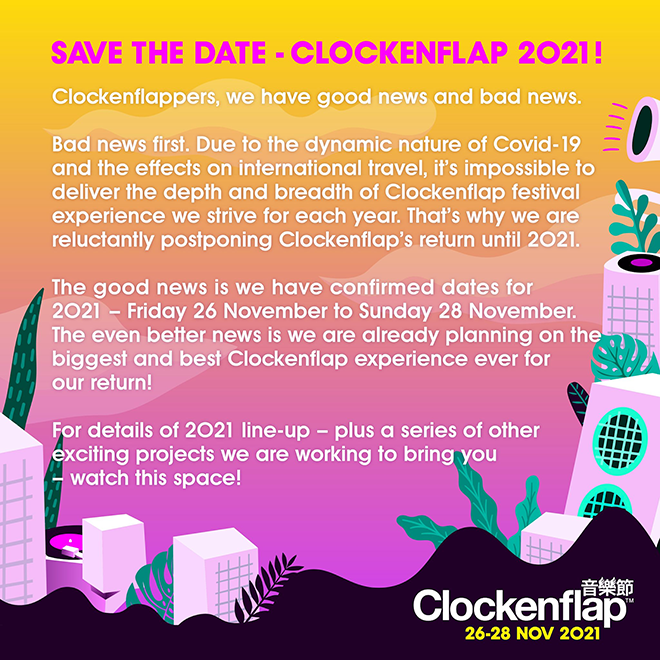 Clockenflap has confirmed dates for November 26 to November 28 2021.