Bad Times Disco is, amongst a plethora of possible breathing entities, a meeting of syncopated minds. While these two minds met in Hong Kong, they bring with them a story or two from around the planet, heaps of positive perspective and a joint conviction to share and unite — and all through a waxed format that refuses to turn age with technology.

Trading, talking and playing records is a very personal agenda. It’s also one that is easily shared with like-minded people, this interview’s approach is to understand it from a cultural perspective, as opposed to that of a commodity.

That culture has become the centrifuge between Yuki Kai and Ani Phoebe — Yuki is a sushi chef and DJ under the name Death.m.k and Ani is a DJ and journalist on socio-political issues, mostly focusing on young feminists making a frontline impact through her newsletter NewWave. After meeting in Hong Kong whilst sifting through crates, Yuki and Ani decided to set up Bad Times Disco — a retail therapy platform that offers good times on the dance floor and an emphasis on bridging and sustaining communities (again, with the vinyl at the epicentre).

While running an online record store, hosting pop-up vinyl markets, throwing some of the best and vivaciously vibrant parties Hong Kong has seen in a very long time and raising funds to enhance aid efforts in India, Bad Times Disco’s Yuki Kai and Ani Phoebe take a few moments to talk to Mixmag Asia about the art of digging.

Who are Bad Times Disco?

Ani: I came to Hong Kong on some kind of DIY DJ tour from Brazil. So I was living in Rio and was starting to get my first really major gigs outside of Brazil. I did some crazy tour thing, like New York - Berlin - Morocco - Beirut - Hong Kong. I came here for a date at Potato Head and then decided to stay in Hong Kong.

Yuki: I came to Hong Kong for work too — I’m a sushi chef. I arrived here in 2018. Since then, I’ve worked in a French restaurant, and then mostly Japanese restaurants.

Ani: Naturally, we met digging. One day, Yuki and I were both looking for records in some cheap record bins in Sham Shui Po. I noticed Yuki was looking at a Devo record and told him that I liked it — it turned out to have the wrong record inside, which was Logic System’s ‘Venus’, which we also both like. We exchanged contact and then planned some digs together and then became friends. What really started the record store idea was that I was about to leave Hong Kong at the end of 2020 - and for some reason, I stayed — and I already had this friendship with Yuki, and maybe about a week after I decided to stay, I suggested that we start this record shop together. I had been to Yuki’s place a couple of times and knew that he had way too many records for the space he has, and I’ve sold a couple of times in my life to record stores and friends, and we just decided to do it.

It’s called Bad Times Disco because we are living in really dystopian times, but underground dance scenes have always been born with challenging political and economic contexts. Music is resistance, history is political, and records are culture!

Enlighten us on the art of digging and what it means to you?

ENG: I think that the art of digging is to come across music that truly impresses you from basically garbage — you do not know where it comes from. Also, I think it's really nice to meet and connect with various people through that.

Ani: The art of digging comes from music research and years of immersing yourself in artists, labels and records. And I also think digging is about cultivating a sense of curiosity about everything, but a kind of refinement that can only be described as your taste, your musical identity. Many people place premiums on rare or unknown records, and I love them too, but I think you can also dig through your own records, other DJ's collections, dollar bins — it’s about finding something underappreciated and forgotten that is magical for you and somehow fits your unique musical taste. 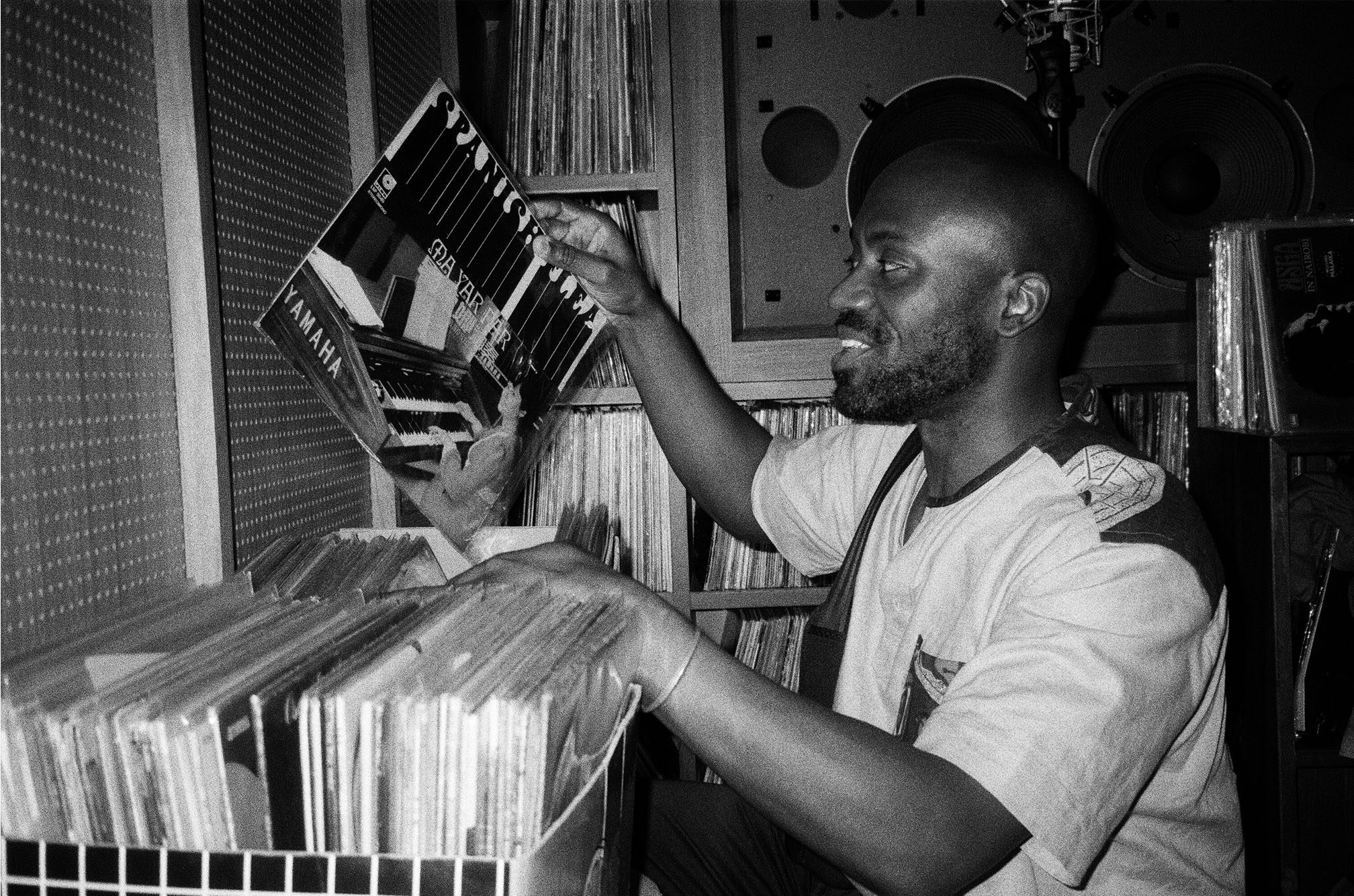 ​How is vinyl culture preserved, or rather, does it need to be?

ENG: I haven't really thought about saving vinyl, but originally I was digging vinyl just for myself, but one day I met Ani and decided to start a record shop. This alone is very meaningful for my life.

Ani: I also haven’t really thought about the preservation of vinyl culture — I think vinyl culture is doing quite well. All of my friends are DJs and record dealers or record store owners or selling on the side, so I think it’s really alive. Maybe when I arrived in Hong Kong, I felt that there wasn’t such a strong vinyl culture here in terms of I couldn’t see many people DJing records, and I felt like there was a need to make records more visible and accessible to people. But it was something natural that happened because I myself love records and I want to DJ with them, and for people to expand their musical options beyond Spotify.

ENG:The values that vinyl culture brings to people ... I think it has a different appeal from data and music you listen to on the Internet. For example, I was attracted to the cover jacket of a vinyl that I had never heard of, the feeling of exhilaration at the moment when I dropped the needle on the vinyl, and the encounter with unknown music. It is the beginning of endless vinyl digging.

You recently launched a fundraising campaign for India, to raise awareness and funds for the chaos that has unravelled across the nation because of the pandemic. How has the music and vinyl community responded?

Ani: We just finished the #artforcovidindia fundraiser, and it was very touching. We raised more than 33,000HKD in five days, still have to distribute dozens of records, and it was very politically meaningful for me to mobilise funds in a way that challenges the typical understanding of ‘charity’.

We explicitly explained to people what mutual aid is, what vaccine inequality is and how racism against South Asians in Hong Kong has already existed but has increased ever since the second wave of COVID-19 hit India. So I believe that our community really mobilised in support of this mutual aid fundraiser, and we managed to make the fundraiser joyful and fun, with DJ sets and records and then our party at Potato Head last Thursday kind of celebrating the end of the fundraiser. I’m not sure when the next fundraiser is — we need to restock! — but we will definitely be collaborating with Gongsik (a Hong Kong-based collective working on social justice and —transnational solidarity in the Hong Kong context) again — I’m a member of Gongsik and so is Priyanka Sen, who coordinated the mutual aid fundraiser for India with me.

What are your goals and is there a future planned for Bad Times Disco outside of Hong Kong?

Ani: Everything that we’ve done has been completely organic and spontaneous, and we just can’t find the words to describe the warm reaction that we’ve received from people in Hong Kong and also record dealers and diggers abroad. Everything is just flowing.

In Hong Kong, this ‘pop up’ logic really works — it seems that people appreciate the temporality of pop up events more than brick and mortar stores sometimes — so we’ll just continue to do pop-ups until we’re too tired. I’d love to collaborate with some physical spaces and set up a shop for a month or something, do more parties like we’re currently doing in Potato Head but in open-air spaces.

In terms of when travel opens up in Asia — there are way too many venues to list. But since we began our party in Potato Head Hong Kong, doing a full-on party in Potato Head Bali is high up on the list. And there are lots of new record shops opening — like Peels in Indonesia that we’d love to visit and collaborate with. And of course, playing anywhere in Japan with Yuki would be personally a dream come true for me. 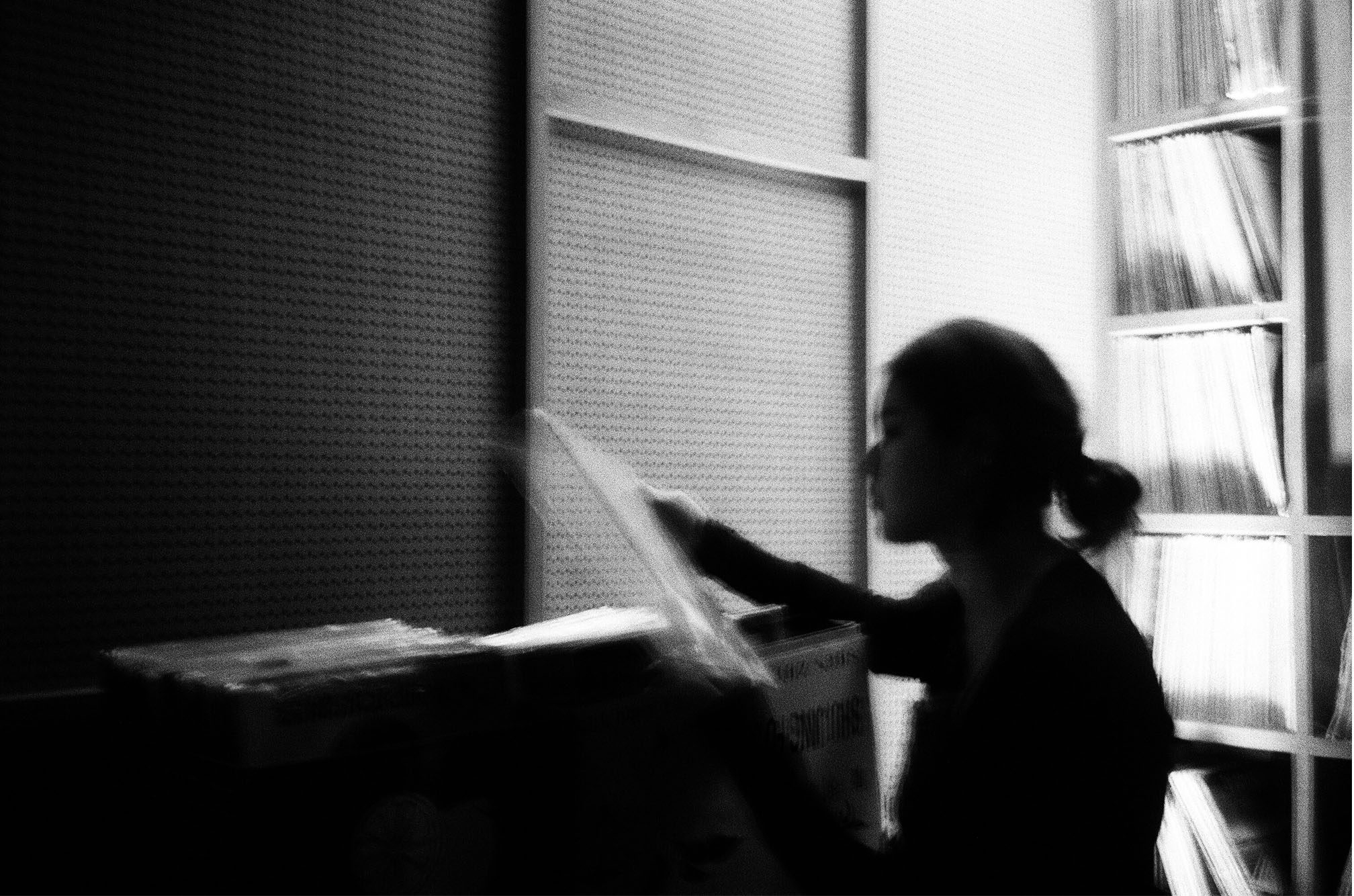 And now for some tunes, handpicked by Bad Times Disco. Dig in.

Ani: This one is not recent — it travels with me wherever I go and got it from my favourite record dealer from São Paulo, Rodrigo Plaça (also known as Rodrigo Breaks). I’m a huge Dulce Quental fan.

Ani: Picked it up mostly because of the cover and because late 80s and early 90s cantopop is my jam! Turns out to be on a super small label, an artist who didn’t release many records, and has lovely tracks.

Ani: This one I got from Yuki! Thanks Yuki!

Yuki: This one I got from Wall of Sound in Central. It’s a mix of synthesisers and Indian instruments, and very psychedelic and trippy.

Yuki: Night market in Sham Shui Po! One of my favourites.