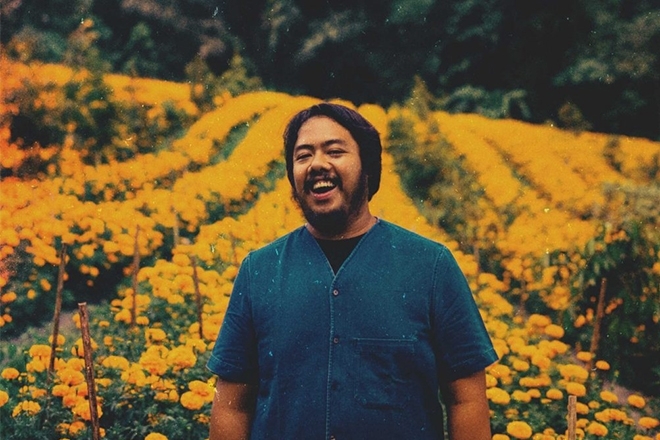 Seasoned industry insider, media executive, producer and member of infamous balearic and electronica band A Mountain of One, Mo Morris recently launched his latest endeavour from Bali — a series of rare and intimate interviews and conversations with prolific creatives from the music world. His first conversation started with audio-visual guru Trevor Jackson sharing his insight on the opportunities young creatives should see through the pivoting cultural shift currently underway. The next half-hour video episode features celebrated disco monarch, DJ Harvey, talking about COVID-19, leather jackets, records and a plethora of wit and wisdom thrown in for good measure.

His greatest accolades have to be his worship of the obscure, and the absence of ego in his pursuit of musical wisdom. Talking points aside, these were my two takeaways from his half hour web chat with Mo Morris for Let’s Get Lost.

The Indonesian stalwart was appointed by Potato Head Bali Beach Club to manage their audiophile space Studio Eksotika — Dea took the opportunity to fill the room with several thousand rare Indonesian records that exhibit the voluminous and historic archive of music that has only been heard and discovered by a few, especially outside the country. These include vinyl he's collected from markets, antique stores and shows and even overturned radio stations that had to liquidate. But the greatest value derived from Dea's record collecting is his approach to DJing that has become highly appraised by listeners who gag for the unexpected, the unknown and quite frankly, just straight up obscure pleasantry. Worldwide FM's Giles Peterson couldn't have said it better back in 2015 when he was touring Asia, "I listened to the best DJ set I've heard in 10 years last night in Bali." Yes, he was talking about Dea.

Mo introduces Dea to listeners, just like his previous guests, in a very intimate and personal way — they’re friends in music, and probably, well certainly, more. Aptly, they discuss the difficulties and strife the universe bomb-shelled us with in 2020, how his touring game came to a halt and where he sees Indonesia’s arts scene today. Mo’s familiarity with arts and understanding of Dea’s family background, how his father is an avid art collector, leads them to talk about the new generation of artists like Arin Sunaryo, Eko Nugroho and Wedhar Riyadi.

But, what about Indonesian producers and musicians? Dea candidly explains why certain elements of Indonesian culture have an underwhelming footprint beyond the borders of the archipelago.

Dea is also the executive producer behind A Mountain of One’s forthcoming third studio album, 'stars planets dust me' which Mo has mostly worked on via Skype. There’s plenty to learn from both these industry stalwarts in this rare and exclusive interview.

You’ll also be hearing more about Dea’s Indonesian sample kit that his Government has tasked him to build. It features samples from almost a hundred indigenous instruments, which will be available soon, and for free.

In the meantime, hit play below.