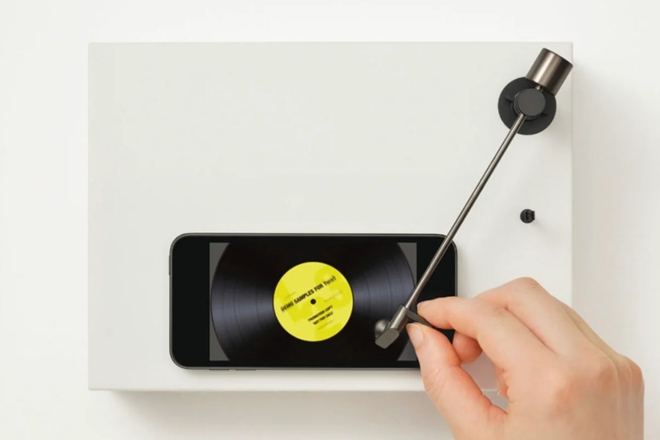 It’s like a record player, but it’s also not.

A recent prototype from Yamaha’s Design Lab is the TurnT: a speaker device that plays music by connecting to your phone using a tone arm and ‘stylus’.

The first product in Yamaha’s ‘Stepping out of the Slate’ collection, the TurnT incorporates the analogue motion of moving the stylus onto a record, except this record spins on your smartphone screen, and not on a rotary platter that comes with adjustable torque.

Read this next: A Japanese magazine article from 1999 contains Daft Punk's studio secrets 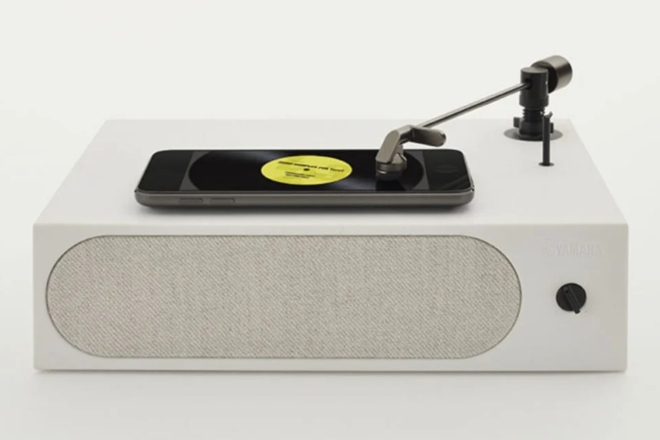 Like with most other smartphone media apps, playback settings can be controlled and adjusted through swiping and pressing on the screen. Users can also change the position of the song by moving the stylus — Yamaha shares on their website, “The step of carefully placing the stylus over the record will bring back the nostalgia as well as the solemn respect to the music you are about to play.”

In an age where a smartphone controls everything without the need for human thought or interaction, the faux stylus concept by Yamaha is a rather refreshing approach to implement a human or analogue touch.

Read this next: This new dating app is matching users based on their shared love music

Other inventions in the collection include a mechanical winder and a candle-powered player that starts to play music when you light the candle wick.

Read this next: Technics reveal limited editions of the SL-1200 to celebrate 50th anniversary