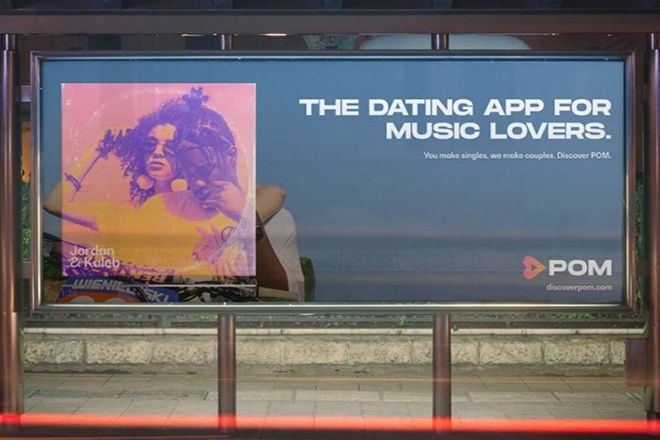 In a dating scene dominated by boring swipes and cheesy pickup lines, dull conversation after dull conversation blends into one another, making for a tremendously grim outlook for dating in general. POM, a new dating app, has come up with a new format for all the single souls out there to spice up the dating scene, hopefully leading to better connections and face to face experiences.

POM stands for “power of music” and, as the name suggests, is a dating app that uses music tastes to connect people. So how does it work? Instead of spending hours writing and rewriting a clever bio about yourself that few people will read anyway, users can sign up and connect to their preferred music streaming service, Spotify and Apple Music included, to their dating profile. The algorithm will then work its magic and decipher the links between users’ music tastes and voilà! You’ve got yourself a match scientifically engineered to harmonize.

Vihan Patel, co-founder of POM, spoke to Uktech about how he came up with POM.

“I first came up with the idea for POM at university, where I organised club nights. It became apparent that people behaved very differently depending on what type of night it was, a rock music or R'n'B-themed night for example. This influenced what they wore, what drinks they bought, and how they interacted with one another, which proves how instrumental music is to a person’s identity (pardon the pun!).”

Can’t wait to jump in? Hold on, you might have to wait a tiny bit longer to meet the love of your life. The app was supposed to launch on August 10, however, it has been delayed for a bit of a tune-up, without a new release date as yet. However, you can sign up to get on the waitlist for the app.

There is also talk of the first 1,500 matches during the launch week being eligible for a free date, according to POM’s social media. The details on exactly how these free dates will be given out are unclear at the moment, but hey; a chance at a free date is better than no date at all.

And what’s better than an actual party for a face to face experience? POM held a launch party that took place on August 5 at East London’s Night Tales. Shanti Celeste, Thor b2b Maro and Kristi performed at the party.

Discover more about the app here.