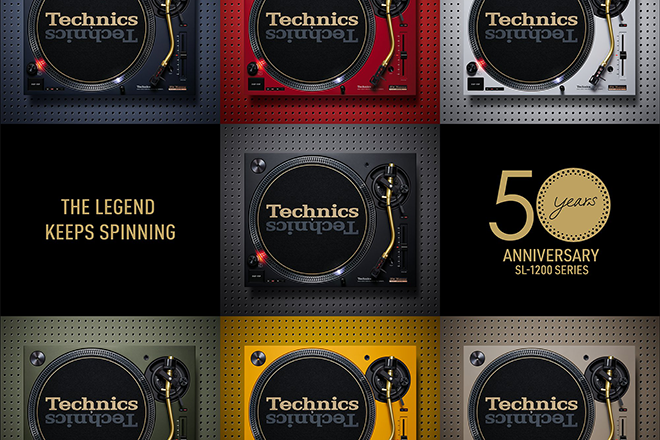 To celebrate 50 years of Technics, a new limited edition range of the SL-1200 is now available to purchase.

This 50-year anniversary range has the same design as the original however comes with a gold tonearm as well as in a range of colours.

Read this next: Technics announce the launch of their all-new SL-1210G turntable

Each is engraved with its own unique number along with a gold shipmate with the Technics logo.

Read this next: A nine-year-old girl has entered the DMC World DJ Championships

A high-damping insulation to avoid vibrations when at it’s loudest and a cabinet are also included.

Everything can be adjusted from the starting and stopping brake speed, accurate and stable pitch, reverse play functionality and much more.