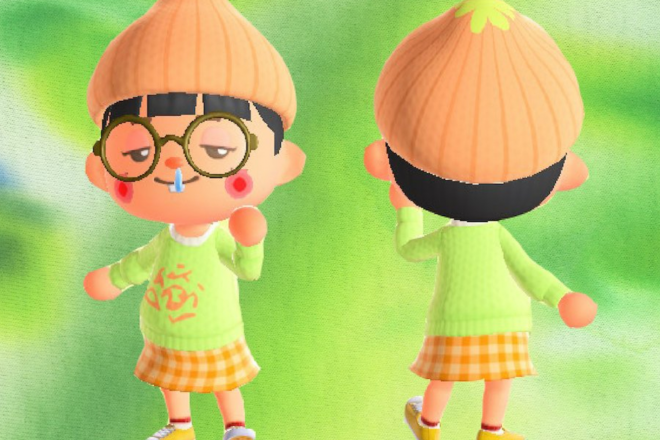 One of the most unexpected effects of ‘Animal Crossing: New Horizons’ is the fashion obsession the game has created amongst its players. Devoted fans have recreated haute-couture styles, from Dior to Jacquemus without forgetting about Marc Jacobs. Yaeji, who has been addicted to the game since its first version in 2005, took the opportunity to release her brand new merch in the same theme.

The Korean-American DJ released the merch last week during one of her live stream sessions on Twitch, where she was playing the game on camera. She took her avatar, as well as the one of the stylist Monica Kim (whom the collection was made in collaboration with), on a walk to a secret waterfall, where she revealed a line of patterned jumpers, plaid skirts and beanies.

ANIMAL CROSSING x YAEJI-MART 🍀🐶🐸🌱🤙 thank you for tuning into twitch stream!! that was so relaxing for those of you who missed it, @monmoon and i shared custom outfit designs in ACNH based on YAEJI-MART merch items, What We Drew, and Waking Up Down 💚 u can find the codes for these for free at yaeji.com under YAEJI-MART 💚

The collection is based on the music videos that accompany Yaeji’s latest album and her (actual) merch (for human beings). It is easy to recognise the beige jumper that appears in ‘WAKING UP DOWN’, or the green sweater the DJ wears in ‘What We Drew’. Some other funky colourful outfits that totally merge with Yaeji’s universe can also be bought.

"You can open your closet and choose what outfit you want to put on every day, ranging from Crocs to sticky rice bits on your face (it's an accessory)," said Yaeji.

Cop some merch for yourself and your Animal Crossing avatar right here.