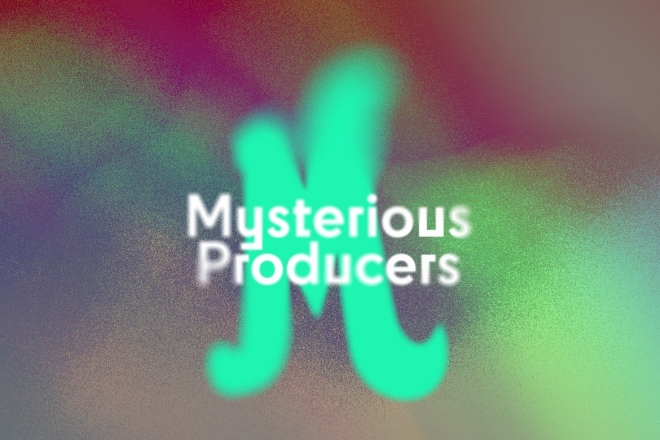 Imagine listening to a track that has no name, no artist, no judgment — it's just you, the beat and your surroundings. Hiding the DJ is a concept that Wonderfruit first introduced at the festival’s Quarry stage in 2019 when it put a screen between the dance floor and the DJ booth and released just a line-up but no schedule. In somewhat of a continuation of this, Wonderfruit’s newest musical brainchild is called Mysterious Producers and is a curated explorative anonymous set through the spirit of sound rather than the focal point of the artist.

Wonderfruit — an annual 4-day festival (sometimes five, ahem) that celebrates music, art, nature, culinary treats, culture and positive impact — are gifting their fans this concept in lieu of music from The Fields this year, while stressing its ethos of discovery and connection with music. The festival has always focused on the culture of learning through opening up to a world beyond what we know — an exploration of oneself and others. Their musical direction has always been about unearthing music to connect us to a wider world of understanding and unity through unique and unconventional ways. Mysterious Producers echoes that mantra.

Twice a month until December 2021, Wonderfruit will be releasing an eclectic live set on SoundCloud but all producers and artists will be kept on the down-low until the next set is unveiled on their social pages and blog post here. The concept that Wonderfruit is introducing is aimed at the exploration of a possible untouched musical journey without knowing who is behind the incredible sets from different producers, live acts or artists scattered all over the globe.

"Sharing musical journeys from unnamed artists; letting the sounds speak for themselves,” reads a description.

So far, there have been three sets unveiled. Mysterious Producer 001, which focused on the notion of rejuvenating the body and mind with a two-hour relaxing ambient exploration for your soul. When the second set aired, Wonderfruit paired off the announcement by revealing the first artist: Bangkok’s own Maft Sai from Zudrangma records.

Mysterious Producer 002 hones deep into the trenches of underground techno — transporting you into the depths of heavy healing through dark and classic live soundscapes. It was later revealed that the showcase belonged to the Headless Horseman, a New York native who transplanted to Berlin who often plays at the almighty Berghain.

Mysterious Producer 003 — the most recent set — is an underground soul from Seoul who digs into rare vinyl pieces of East Asian productions that unearths forgotten garage, psychedelic and disco sounds. But we’ll have to wait till Friday to find out who this incognito artist is….

This experiment that Wonderfruit has created (how we love that they love to experiment) through anonymous sets hopes to create a sonic experience for both the listener and the creator by using music as a focal point to allow it to find its way to the audience in an unconventional manner. This belief centres on people being able to use sound to find their own rhythm with no pressure, judgement and stigma of the world. So while we wait until the world opens up again to in-person interaction, take a journey into sounds, not names with Wonderfruit on their upcoming release this Friday.