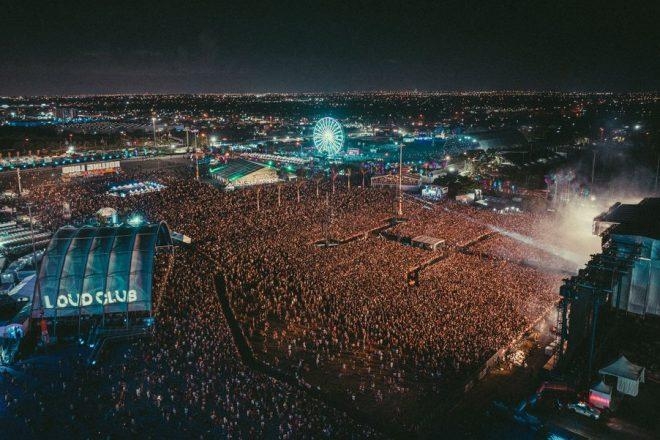 At least three drill rappers have been removed from this weekend’s Rolling Loud’s line-up by the New York Police Department (NYPD).

Just a day before the festival is set to begin in Queens’ Citi Field the NYPD asked for rappers associated with the drill scene to be taken off the line-up with Rolling Loud accepting the request according to the New York Times.

The rappers that have been named include Bronx’s Sha Ek and musician and comedian Ron Suno as well as 22Gz from Brooklyn.

In 2019 the festival encountered the same request with five artists, including 22Gz and Pop Smoke, had their performances cancelled last-minute.

On Thursday, Stanley Davis, manager for Sha Ek said in a statement that the rapper had not been charged with any crime that could justify his ban. “The police try to associate what he’s doing with violence and negativity,” he wrote. “They don’t respect that he’s an artist and entertainer trying to better himself and feed his family at 19 years old.”

At the time a letter was sent from the assistant chief of the Police Department that stated: “The New York City Police Department believes if these individuals are allowed to perform, there will be a higher risk of violence.” Adding that the rappers had been “affiliated with recent acts of violence citywide”.

Davis added, “Sha Ek has performed all over the Northeast this year. The crowds at his concerts are full of kids dancing and having fun. He’s excited to keep growing his touring business and proving the police wrong.”

Manager of Ron Suno, Diamond Brown, told the New York Times: “How can a person who has no criminal record and no gang ties — the kid never even made a diss record — be denied to perform in his hometown after all his hard work?”

At Rolling Loud 2021, Suno had been involved in a fight but no charges were filed.

For 22Gz his record label, Atlantic Records, has confirmed his removal but declined to comment further.

22Gz is currently on bond after being charged with attempted murder in June for his involvement with a club shooting that injured three people in Brooklyn.

Towards the start of this year, New York Mayor Eric Adams asked for a "clamp down" on drill seen in music videos and social media channels such as YouTube. He implied that the violence seen in videos encourages violence seen in local communities.

“We pulled Trump off Twitter, because of what he was spewing. Yet we’re allowing music, displaying of guns, and violence. We’re allowing it to stay on these sites,” he said in a February 11 press conference.