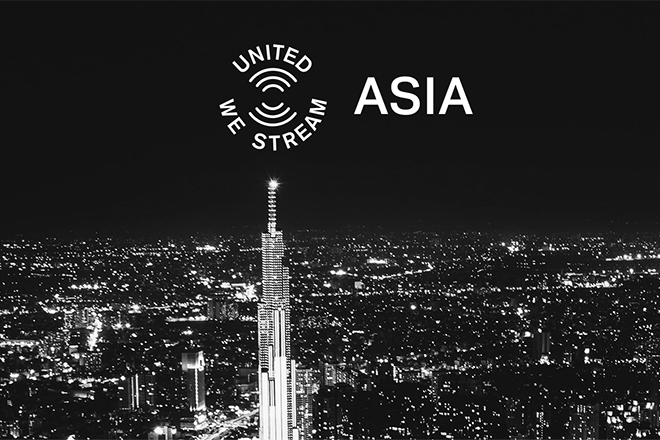 United We Stream Asia has arrived.

We’re thrilled to announce the first weekend of streaming for Asia, where DJs, venues, clubs and nightlife ambassadors are coming together to raise money for Asia’s music community.

All income from the stream will go directly to a relief fund with 8% going to a regional charity organisations. In the first month, this will be split down the middle and go to the Blue Dragon children's foundation Vietnam and Scholars of Sustenance in Thailand and Indonesia.

The application and distribution of the remaining 92% of funds underlay a catalog of criteria, which will be examined by an independent jury of local Culture and Night Time Economy leaders. A nine-page distribution guide has been created and used globally by United We Stream. Have questions? Hit us up — we value transparency in all fundraising initiatives.

A GoGetFunding has been set up to gather donations. With little to no support from governments around Asia, the industry needs you. This is where you can donate.

Furthermore, Singapore based Homeaway Agency recognized the value United We Stream could bring to Asia’s night time economy and culture industry, and are backing the project through their vast networks with the help of many local partners.

Beginning Friday May 29 at 7pm, the stream will kick off in Ho Chi Minh City at The Observatory, and go until midnight so stock up on drinks and support our friends in Vietnam. See the line-up below: 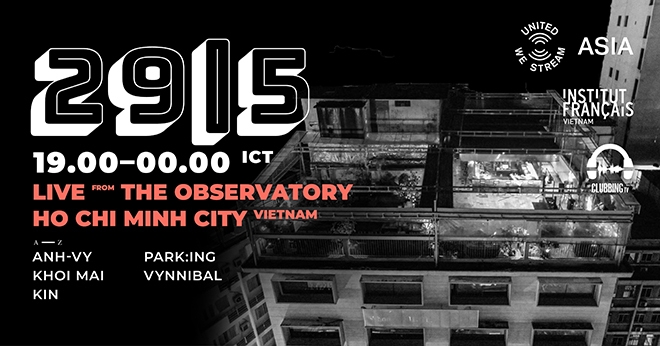 Don’t party through the night because things kick back up again at 8pm on Saturday, this time with two streams — one back in Vietnam and another in Thailand that runs through some of the best up-and-coming talent in the kingdom. See the programme below: 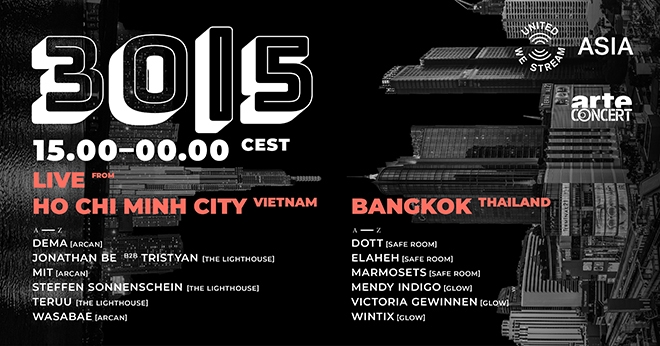 Sunday will shift the focus back on Vietnam again, but over to the Khu 13 x Haustek crew from 7pm to 11:30pm. Get to know the bill below. 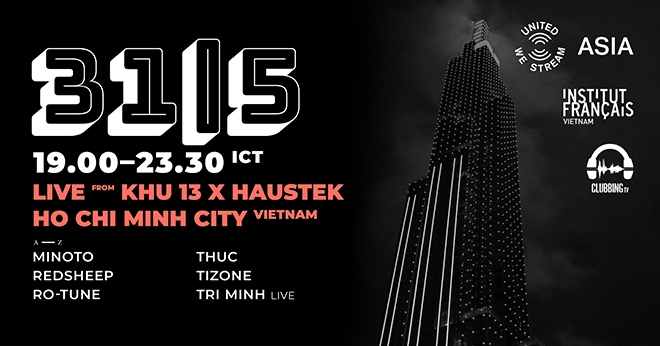